With more than 30 years of winemaking experience behind him behind him, David Hopkins still visits vineyards and winegrowers every week to taste grapes and begin to formulate his blends, something he has become well known for. An avid surfer and scuba diver, Hopkins oversees the 105 acre estate at Bridlewood Winery crafting blends and wines from the California Central Coast with fruit from Santa Barbara to Monterey County. What prompted you to pursue winemaking as a career? If not winemaking, what path would you have chosen and where do you think you would be right now? I happened upon winemaking somewhat accidentally. One Friday afternoon at Fresno State, my microbiology class ended early and my lab partner asked me if I wanted to help him rack wine barrels at the student winery. Four hours later, I emerged from the winery completely enthralled with the experience I just had. Monday morning, I was standing in front of the Enology department’s chairman asking him how to get a job in the wine industry. I think it was the unique combination of agriculture, food science and the art of wine tasting that really drew me into the world of wine, and I haven’t looked back since. If I had not agreed to help my lab partner that day, I would have likely pursued a career in floriculture, specifically in studying tissue culture for orchid production.
END_OF_DOCUMENT_TOKEN_TO_BE_REPLACED

Wines to Go Buy This Week: An "Italian-fusion" California Red by Bargetto and Tahbilk Marsanne, a deliciously rare single varietal white. This past weekend we filmed the latest round of IntoWineTV videos (the first video will be live in about a week, we're moving away from wine reviews to wine discussions. Sort of a wine version of The View if you will). As is typical when we film IntoWineTV, the cast and crew had the luxury of indulging in many fantastic wines. Heck these shoots have almost become an excuse for everyone involved to share their latest wine faves. Over the course of the weekend I discovered two wines that made me do a double take and which are the basis for this week's "Wines to Go Buy This Week": La Vita, Bargetto Family Estate, Santa Cruz Mountains, 2006 - This wine arrived in a recent California Wine Club Signature Series shipment (and kudos to CWC as yet again they delivered a hit. I love the Signature Series.). La Vita is an unusual California red blend in that it is made from the traditionally Italian varietals of Dolcetto, Refosco, and Nebbiolo. Traditionalists may scoff at the notion of a California producer making its version of an Italian red -I'm just waiting for someone to complain that this wine has "no sense of place" - but the end result is a delicious wine that reflects qualities of both California and Italy. If this were a restaurant this wine would be labeled "Italian fusion". No it's not authentic or traditional but it is delicious, unique, and well worth a try (though at $60 a bottle, it's hardly a value buy). Buy Bargetto La Vita
END_OF_DOCUMENT_TOKEN_TO_BE_REPLACED

Tom Lane began his winemaking career at Navarro Vineyards in 1985, then moved to winemaker position at Concannon Vineyard in 1992 where it was twice cited as “Winery of the Year,” before he joined the family-owned Bianchi Winery in Paso Robles. While at Concannon, Tom helped the winery earn hundreds of accolades, including Wine and Spirits Magazine Winery of the Year in 1995 and 1997. Tom’s educational background includes Bachelors degrees in Biology and Chemistry from Chico State University, a Master's degree in Biology (Plant Taxonomy) from Kansas State University, and further graduate studies in Botany at Ohio State University.
END_OF_DOCUMENT_TOKEN_TO_BE_REPLACED

IntoWine recently caught up with Pisoni Vineyard's winemaker Jeff Pisoni to discuss wine making and his thoughts on current trends in the wine industry. What prompted you to pursue winemaking as a career? Both my brother and I were fortunate to grow up around it. We were both very young when our father was already making wine and started planting vineyards. When only a few years old, Mark and I would “make wine” in mason jars and stomp grapes in old redwood fermentors that belonged to our great-grandparents. Seeing all this at a young age gave us an appreciation for winemaking and a desire to work with the family. I had always been very driven to the winemaking side, whereas my brother felt closer to the farming side. Now Dad watches over things but leaves the winemaking up to me and the viticulture to Mark.
END_OF_DOCUMENT_TOKEN_TO_BE_REPLACED

IntoWine recently caught up with winemaker -and frequent IntoWine contributing writer- Ben Spencer to discuss his wine brand, Leojami, and his foray into producing the first single-vineyard, 100% Marselan wine. Thanks to Ben for chatting. What inspired the name Leojami? Leojami (pronounced LAY - OHJ - AH - MEE) is a portmanteau of my wife’s first name LEOnarda and mine benJAMIn. The label is a project of passions – her passion for food and my passion for wine. She is a cookbook editor.
END_OF_DOCUMENT_TOKEN_TO_BE_REPLACED

IntoWine recently caught up with Sunset Ridge Vineyards Co-Founder Linda Stinson to discuss winemaking: What inspired the name Sunset Ridge Vineyards? The view next to our vineyard has a ridge and the sunsets here in Paso Robles are inspiring. How did your foray into winemaking come about? It all...
END_OF_DOCUMENT_TOKEN_TO_BE_REPLACED

For some people wine is just another beverage. For others it is an expression of life, something some might describe as art in a bottle. Malcolm Nicholls has taken it one step further by putting art ON – as well as in- the bottle. His eponymous Santa Barbara wine label, Nicholls Wine, creates fine wine as a platform for showcasing emerging contemporary artists. Each varietal and vintage release features new work by an exciting young artist. IntoWine recently caught up with Malcolm Nicholls to discuss the vision and goals for Nicholls Wine.
END_OF_DOCUMENT_TOKEN_TO_BE_REPLACED

In this episode of IntoWineTV, host Lisa Kolenda and wine experts Bartholomew Broadbent and Loren Sonkin convene among the vines at Crushpad in Napa Valley to taste and discuss the cult wine brands of Crushpad. Theme: Cult Wines of Crushpad Wine: 2007 Nicholls Syrah ($42), Buy this wine (Editors Note: Nicholls is offering free shipping on orders of six or more bottles and a 10% case discount. Also, for an additional 25% off, enter the coupon code "art" at checkout (makes the wine $31.50 - still eligible for free shipping on 6 or more bottles and 10% case discount))
END_OF_DOCUMENT_TOKEN_TO_BE_REPLACED

Wine and food festivals are pretty much a dime a dozen, which is not to say they aren’t a great way to discover new wines and food purveyors, run into friends and make a great day of it. But we’ve been there and have done that and there tends to be little variation on that theme. The Earth Day Food...
END_OF_DOCUMENT_TOKEN_TO_BE_REPLACED 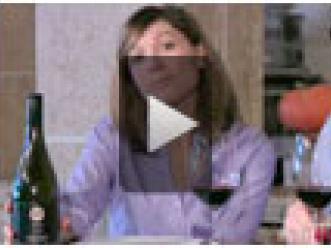