What's an appropriate wine to serve at a Pittsburgh Steelers themed party? What wine would be a good gift for a hard core Steelers fan? Steeler Nation Wherever you go in the U. S., you will find fans of the Pittsburgh Steelers. In fact, the team is so popular that its fans are called the "Steeler Nation." You can join Steelers fan clubs in nearly every major U. S. city, including Atlanta, Kansas City and Tampa. Part of the reason for all of this enthusiasm is the team's long history; founded in 1933 as the Pittsburgh Pirates, the Steelers are the fifth-oldest National Football League team. The main reason, however, for the Steelers' popularity with fans is the team's outstanding record. No other team has won as many Super Bowls – six – as the Pittsburgh Steelers. The Steelers' all-time roster includes some of the greatest names in professional football history: Ernie Stautner, Terry Bradshaw, Joe Greene, Lynn Swann, Franco Harris, John Stallworth, Jack Lambert, and, of course, current quarterback "Big Ben" Ben Roethlisberger.
END_OF_DOCUMENT_TOKEN_TO_BE_REPLACED

What's an appropriate wine to serve at a Pittsburgh Pirates themed party? What wine would be a good gift for a hard core Pirates fan? If you've ever met a Pittsburgh sports fan, you know that the city's identity is so closely aligned with its professional sports teams that an outsider could be forgiven for thinking that Pittsburgh wouldn't exist without them. In fact, one of Pittsburgh's nicknames, "City of Champions," comes straight from its long history of winning teams.
END_OF_DOCUMENT_TOKEN_TO_BE_REPLACED

Pennsylvania doesn’t spring to mind when you think of wine, and yet there are 140 wineries in the state. Equally important is that William Penn, for whom the state was named, planted the very first vinifera vines in America in 1683, and that the very first commercial vineyard in the U.S. was planted by the Pennsylvania Wine Company in 1793. Therefore, it all begins to add up.
END_OF_DOCUMENT_TOKEN_TO_BE_REPLACED

Is California the only American region producing great wine? In this episode of IntoWineTV, host Lisa Kolenda and wine experts Bartholomew Broadbent and Pamela Busch convene at San Francisco's CAV Wine Bar & Kitchen for the tasting and discussion of 25 different American wines NOT from...
END_OF_DOCUMENT_TOKEN_TO_BE_REPLACED 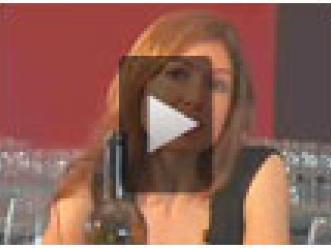