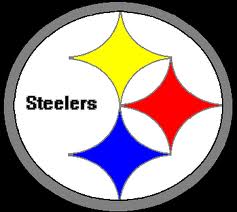 What's an appropriate wine to serve at a Pittsburgh Steelers themed party? What wine would be a good gift for a hard core Steelers fan?

Wherever you go in the U. S., you will find fans of the Pittsburgh Steelers.  In fact, the team is so popular that its fans are called the "Steeler Nation."  You can join Steelers fan clubs in nearly every major U. S. city, including Atlanta, Kansas City and Tampa.  Part of the reason for all of this enthusiasm is the team's long history; founded in 1933 as the Pittsburgh Pirates, the Steelers are the fifth-oldest National Football League team.  The main reason, however, for the Steelers' popularity with fans is the team's outstanding record.  No other team has won as many Super Bowls – six – as the Pittsburgh Steelers.  The Steelers' all-time roster includes some of the greatest names in professional football history: Ernie Stautner, Terry Bradshaw, Joe Greene, Lynn Swann, Franco Harris, John Stallworth, Jack Lambert, and, of course, current quarterback "Big Ben" Ben Roethlisberger.

Steelers fans are perhaps best known for their outspoken enthusiasm for their team, but the Steeler Nation's most visible symbol is the infamous "Terrible Towel®," a gold terrycloth rectangle meant to be waved and twirled at every Steelers game.  Although Terrible Towels® may be annoying or distracting to fans of the Steelers' many rival teams, the towels themselves are actually a fundraiser for the Allegheny Valley School, which provides programs, services and residential facilities for people with developmental and intellectual disabilities.  You can buy Terrible Towels® all over Pittsburgh; act quickly if you see a special edition towel for sale, because they sell out very, very quickly.

Because Steelers fans are so devoted to their team and their city, pouring a truly local wine might be your best option.  There are several choices available: Pennsylvania is home to over 140 wineries, several of which are located in the Pittsburgh area.  Tip: If you choose a wine from Pittsburgh itself, you will probably have to visit the city to purchase that wine, as most are only available from the winery.

Dreadnought Wines, a privately-owned wine shop in Pittsburgh's Strip District, has teamed with Sylvester Vineyard and Winery in Paso Robles, California (now operated by Le Vigne Winery) to produce a red, white and sparkling wine specifically for the Pittsburgh Steelers' fans.  These wines, called "Redd Up Red," "Yinzer Blanc" and "Bubbles N'At," are available in a set of three bottles, one of each type, for $45 at Dreadnought Wines.

Also in the Strip District, Carlo's Garage Winery operates from – you guessed it – a former garage.  Auto mechanic Dominic Iasello began making wine in his garage during the Prohibition era, and his son Carlo continued the tradition.  Today, the former garage is home to the Enrico Biscotti Café and Carlo's Garage Winery.  You can try Steel City Red, a sangiovese and cabernet blend, Sweet Sue, a sweet sangiovese, or one of several other wines, mainly reds, for sale.

In nearby Lawrenceville, photographer and baseball aficionado Duane Rieder has opened Engine House 25 in (of course) a renovated firehouse.  In addition to his winery, Engine House Twentyfive Wines, the property features a wine cellar, Rieder's photography studio, a banquet/event space and the Roberto Clemente Museum, dedicated to the life and accomplishments of the baseball player and humanitarian.  (Private museum tours by appointment only.)

Also in Lawrenceville, Arsenal Cider House and Wine Cellar features craft ciders, fruit wines and meads.  Located across the street from Arsenal Park, site of the historic Allegheny Arsenal, which exploded during the Civil War, Arsenal Cider House and Wine Cellar names its wines and ciders along Civil War themes.  Symington's Sour Cherry Blast, for example, is a fruit wine.  Homemade sorbets are available, too.

Michael Stephen Kavic Winery, not far from Pittsburgh in Carnegie, is a family-owned winery.  Michael and Patricia Kavic turned their winemaking hobby into a business, creating an urban winery specializing in cool-climate varietals and blended wines made from locally-grown grapes.  The winery hosts "Casual Afternoon at the Winery," which features wine tastings and live entertainment, and other special events throughout the year.

What's an appropriate wine to serve at a Pittsburgh Pirates themed party? What wine would be a good gift for a hard core Pirates fan? If you've ever met a Pittsburgh sports fan, you know that the city's identity is so closely aligned with its professional sports teams that an outsider could be forgiven for thinking that Pittsburgh wouldn't exist without them. In fact, one of Pittsburgh's nicknames, "City of Champions," comes straight from its long history of winning teams.
END_OF_DOCUMENT_TOKEN_TO_BE_REPLACED

Pennsylvania doesn’t spring to mind when you think of wine, and yet there are 140 wineries in the state. Equally important is that William Penn, for whom the state was named, planted the very first vinifera vines in America in 1683, and that the very first commercial vineyard in the U.S. was planted by the Pennsylvania Wine Company in 1793. Therefore, it all begins to add up.
END_OF_DOCUMENT_TOKEN_TO_BE_REPLACED