This is a value priced Zinfandel that makes easy drinking.  Darker ruby in color, mostly opaque and bright.  The nose has nice cherries with some spice.  Medium bodied.  On the palate, nice cherry fruit.  This goes down easy.  Ever so slightly sweet.  This should be drunk in the next couple of years.  Nice on its own, this will work well with burgers or ribs. 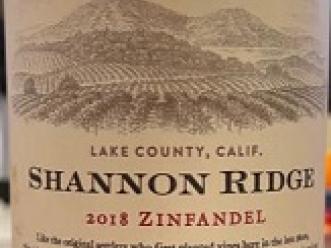 This is from one of the premier kosher wines in the US.  It retails for around $45.  Purple in color, with ruby swirls.  The nose has cassis, slight soap and cedar.  On the palate, this has nice cassis fruit with a bit of dusty earth underneath.  Light tannins.  This probably should be consumed in the ext five years or so.  It will work well with meats and roasts. Most of us have bottles laying around the house that either people brought over or they somehow ended up with.  So is the story of this wine.  It was actually won in a raffle.  Initially, the idea of actually drinking some cheap California Chardonnay seemed ridiculous.  Still, rather than be dismissive, the plan was to drink it.  After about a month of staring at the bottle, the time finally came.  And that good people, is why we need to open the bottle and taste.  Now, that is not to say this is going to blow away Montrachet or Rhys Chardonnay.  But, for under $15, this was solid.  No obvi