From the Larkmead Vineyard and made by Thomas Rivers Brown.  Inky purple in color, opaque and bright.  The nose has cassis, cedar,  blueberries, and spice.  Full bodied.  Firm tannins.  On the palate, this has juicy cassis fruit with some black cherries and some blueberries over cedar and char.  Still quite young, this should improve over the next eight to ten years and drink well for ten to fifteen after that.  Delicious and complex.  Right now this drinks better on its own and will need big flavors to stand up to it but with time it will settle down.  For now, braised short ribs would be 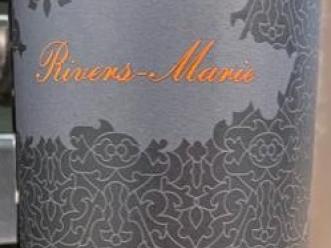 Obviously young, but this is one of the best Petite Sirah's made in Napa.  Inky purple in color, opaque and bright.  The nose has boysenberries, char, and spice.  Full bodied.  On the palate, the boysenberry over char comes thru.  This will need time.  Ideally at least another decade but at least five to seven.  It should drink well for twenty after that.  Delicious.  This will drink well on its own but a nice choice for Indian food or grilled meats off the grill. 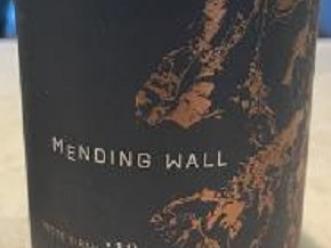 This is a very nice fruit forward Napa Cab.  Purple/ruby in color, opaque and bright.  The nose has cassis, chocolate, and tobacco.  Full bodied.  Medium tannins.  On the palate, there is ripe cassis fruit, some oak showing and slight dry earthiness.  Nice finish.  This is easy going and will make nice drinking over the next ten years.  A great choice with a burger off the grill. 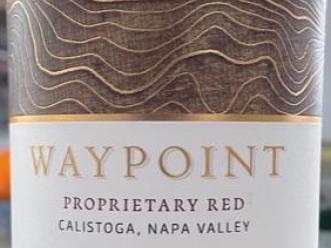 This is an interesting blend.  It is 67% Flora, 19% Chardonnay, and 14% Pinot Noir.  Flora is a crossing of Semillon and Gewürztraminer that was created in 1938 by Harold P. Olmo at the California Agricultural Experiment Station.  Light golden in color.  The nose has seltzer, slight marzipan and peach.  On the palate, this is slightly sweet.  Apples and apricots.  Turns sweeter on the finish.  This is enjoyable on it own but would work with a not too sweet peach/apricot dessert.  Drink over the next couple of years. Heritage School is what used to be known as Harris Estate Wines.  David and Linda Jenkins purchased the property in 2014 and renamed the winery and the three vineyards on the property.  Thomas Rivers Brown is the winemaker. Palisades is one of the better Petite Sirah vineyards (albeit there are not that many).  This was my first time trying a wine from Mending Wall.  Their facility is where Thomas Rivers Brown makes much of his wine these days.  Inky purple in color.  The nose has boysenberries, clay, gravel and slight char.  On the palate, this is delicious already.  Medium tannins.  Reserved black raspberry fruit with a soft texture.  Surprisingly accessible at this young age.  It should still improve over the next five to seven years and be good for another ten after that.  This will work great with Indian This is a sparkling wine from California.  Oddly enough, I tasted it while stopping for lunch in Napa at the Oakville Grocer.  A couple seated next to me had ordered a bottle for lunch but only finished two thirds of it, and offered us the rest.  Who am I to refuse such a generous invitation.  The wine itself was very good and indeed, better than I had expected.  It is a blend of 64% Pinot Noir and 36% Chardonnay grown.  It is a pale pink/orange color, clear and bright with a good amount of smaller bubbles.  The nose is nice with strawberries, raspberries and a touch of yeast.  On the palat This is an intense and concentrated wine.  While it is drinking well today, proper cellaring will be rewarded.  Purple in color, ruby at the rim.  The nose has cassis, black cherries, coffee and iron.  On the palate, this is full bodied.  Deep but tight.  Lots of cassis fruit with underlying spice.  Long finish.  It needs about seven to ten years until peak and should be good for fifteen after that.  It drinks well today on its own and will work with bigger foods. Nice to try a Hobel with some age on it.  This was purchased on release.  Still youthful though it is drinking well with a bit of air.  This was made by Thomas Rivers Brown.  Purple in color with some ruby swirls.  The nose is very nice with cassis, cedar, leather, and spice.  On the palate, this still has medium tannins.  cassis fruit with some underlying dry earthiness.  Good balance.  Nice finish.  It unwinds a bit in the glass showing some layering.  Overall, this is maturing nicely.  It won't get better but should keep maturing.  No hurry, this has at least another decade in it.  It wi Maybach makes some of the greatest wines in the world.  Their flagship 2013 Materium was my WOTN in 2018.  This is from a different vineyard and was also spectacular.  Now, this is an expensive wine which sold for around $160 on release.  For that money, it should deliver.  The fact though is, at the rarefied top end of Napa Cabernet's, this is not comparatively over priced.  Consumed over two nights, it was better on night 2.  If opening a bottle soon, a decant of a few hours will be well rewarded.  Purple in color, shimmering bright.  The nose is gorgeous.  Cassis, slight blueberries, tob