Golden green in color, clear and bright.  Great nose with lemon/lime and a slight chalk note.  Medium bodied with crisp acidity.  On the palate, this has some depth.  Grapefruit along with a touch of chalkiness.  Nice finish.  This drinks very easily on its own and works well with lighter foods, or seafood.  A nice wine with lobster.  Drink over the next seven to ten years. 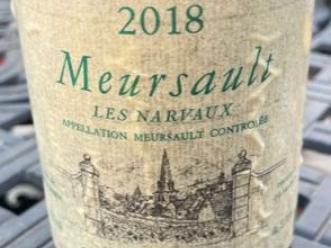 This is apparently mostly from younger vines but it doesn't show in this excellent Chardonnay.  Green/gold in color, clear and bright.  The nose is nice with lemons, beeswax and baking spices.  Medium to full bodied.  Slightly viscous in the texture.  On the palate, lemons with a slight amount of oak.  A bit bitter on the finish.  Very refreshing.  Good acidity.  It will probably work better with food.  Drink over the next three to five years.  It will work nicely with lighter foods.  Vegetarian Thai food would be a good match. 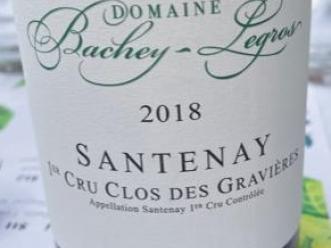 Pop and pour, this was surprisingly open and accessible.  Deep ruby in color, clear and bright.  This is big and bold.  On the nose, cherries, sandalwood, some black cherries and baking spice.  Full bodied.  On the palate, lots of fresh cherries and sour cherries with some underlying char.  Delicious and vital.  Long finish.  This seems to be a five to ten years from full maturity but drinking well.  It is great on its own and would delicious with salmon or tuna. 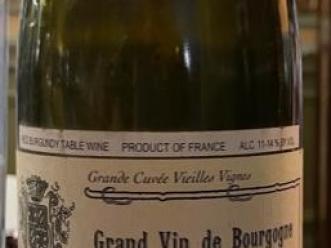 Sadly this was corked (TCA).  Underneath it seemed like a very good, bold wine with plenty of depth.  The TCA showed up almost immediately and but 30 minutes in, it was overwhelming. Great showing for this wine and in a perfect place of maturity.  Garnett in color, mostly opaque and bright.  The nose is beautifully perfumed with cherries, cinnamon, sandalwood and slight earthiness.    Full bodied.  On the palate, this clean with bright cherry fruit.  Some underlying earthiness.  Levels of complexity.  Great balance.  Long finish.  This has big fruit.  The oak is now integrated and the tannins are silky.  Everything one could want in a Grand Cru at age 20.  It drinks great on its own.  Contemplative.  It also worked well with food.  While it might last longer, drink over 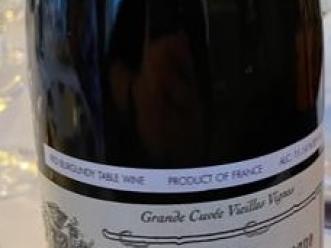 Tasted two bottles of this.  They were part of a cellar purchase from which most of the bottles had been in excellent shape.  On opening, this was old and off a bit.  With a couple hours of air, it improved quite a bit although never got to the point of not being past prime.  Depending on one's level of enjoyment from wines with this much age, it seemed mostly a miss among the tasters.  I enjoyed it for what it offered. 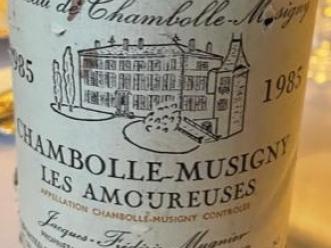 This kept improving after the cork was pulled but it took at least an hour to blow off its bottle stink.  At the two hour mark it finally hit its apogee.  If opening soon, give it some air.  From a vintage that does have its issues, this showed very well.  Ruby in color with some browning, clear.  The nose initially had some wet cardboard, but thankfully that blew off, so doubtful it was an off bottle.  In fact, at the two hour mark it showed cherries, dust, cedar and slight dry forest floor.  Medium bodied.  At the two hour mark, the palate had nice cherries, some slight macerated cherries 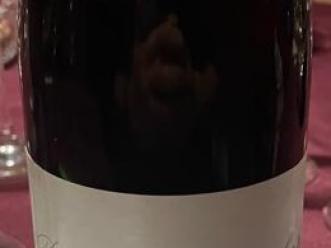 A nice value in red Burgundy  (Pinot Noir) wine from a top negociant.  Ruby in color, magenta swirls, clear and bright.  The nose has cherries, some sandalwood and a bit of nutmeg.  Medium bodied.  On the palate, nice, easy drinking, cherry flavors.  Short finish.  This drinks well on its own and will work nicely with salmon or lighter foods.  Drink over the next couple of years. 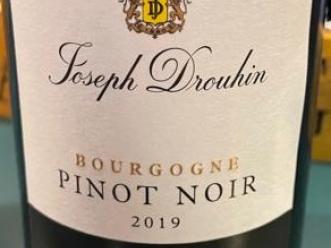 Yes, it is just a Bourgogne, but it is Leroy, and she makes some of the best Bourgogne Blancs.  Golden in color, clear and bright.  This has a great nose with Vanilla and Fuji apples.  Slight smoke.  Medium bodied.  Good acidity.  On the palate, this is rich with nice minerality.  Lemony notes.  Long finish.  This got better with air.  This should drink well for the next decade at least.  It will work on its own and will be great with sea food. 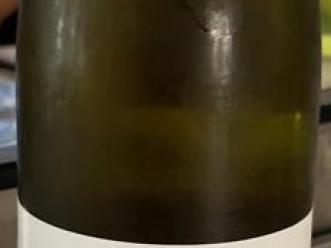 Hard to beat Gouges for a combination of price, quality and ageability in Burgundy.  At age 19, this one is still youthful although drinking well.  Garnet in color, mostly clear and bright.  The nose is nice with cherries, some black cherries, slight sandalwood and just a hint of funk.  Medium bodied.  On the palate, this has depth and complexity.  Cherry fruit with some earthiness underneath.  Nice acidity.  Long finish.  This should continue to drink well for another decade.  It drinks well on its own but will work better with food.  Roast chicken would be a nice match. 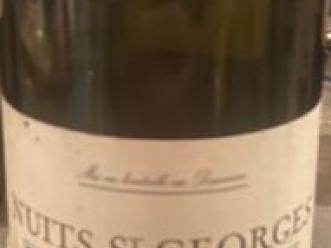