Another interesting wine from Italy and Sicily.  This is a blend of Nerello Mascalese, and Nerello Cappuccio.  Grown on slopes on Mt. This is made from 100% Nerello Mascalese grapes.  Salmon color, clear and bright.  The nose has strawberries, slight raspberries and a hint of rhubarb.  This took about 30 minutes to open once the screw cap was removed.  The palate is very smooth.  No bite on it which is quite refreshing.  There is a nice tart acidity on it which makes if very food friendly.  Light cherries with a slight herbal note somewhat akin to bitters on the finish.  It works very well at the table.  This is a nice and easy rose and a very good value. This is a blend of Inzolia, Catarratto and Grecanico grapes along with some Chardonnay.  Silvery, green gold in color.  The nose is a bit mild with minerals and light pine notes.  Better on the palate.  Slight soapy (but not in a bad way) more like lanolin.  Then tart green apples come thru picking up intensity especially on the finish.  This is clean with very nice acidity.  A medium length finish.  Screw capped, this took a few minutes to open.  It was served at about 50F but really showed better once it warmed a bit.  Very refreshing wine and the tart apple acidity worked quite well with What an excellent Vermouth.  I love the botanicals here.  Its a perfect match with Gin.  S fragrant.  Mixed with a Cava, it made a really nice drink.  Looking to step up a bit?  its about $13 and really fresh and a bit different. Giacomo d’Alessandro is the founder and owner of the d’Alessandro Winery, located near Agrigento in Sicily. Though the winery’s lands and vineyards have been in the family since 1820, only in 2006 did Giacomo open the family winery. His latest entrepreneurial venture is d’Alessandro Wines, a technologically advanced winery that merges the family history and connection to the land with modern ecological “green” practices while making wines from indigenous Sicilian grapes. Giacomo lives in Rome where the corporate office of his travel business is located, traveling frequently to the family home in Agrigento to oversee the development and expansion of the winery. When not in Sicily or Rome, Giacomo can be found traveling the world promoting d’Alessandro Wines.
END_OF_DOCUMENT_TOKEN_TO_BE_REPLACED 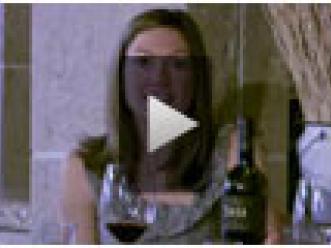 Last month we explored the wines of Mt. Vesuvius in Campania. This article will explore the wines from Italy’s other famous volcano, Mt. Etna. Mt. Etna is in the eastern portion of Sicily. It is the highest active volcano in Sicily at just under 11,000 feet often capped with snow. It is a beautiful place and mystical setting.
END_OF_DOCUMENT_TOKEN_TO_BE_REPLACED

This article is Part Three in a series on Sicilian foods, wines, and culture. Part One of this series was a focus on Sicily as “The new darling of wine culture.” Part Two of this series was a focus on the young, dominating wine industry of the Etna DOC (Denominazione di Origine Controllata) on east coast of Sicily, on and around Mount Etna. To fully experience the foods and wines of Sicily one might spend some time reflecting on the Mediterranean island’s history, its place on the World Map – at the point of three seas and various trade routes – or its harsh geography, and the fact it has been colonized by various civilizations for millennia who introduced and cultivated unfamiliar foods and traditions.
END_OF_DOCUMENT_TOKEN_TO_BE_REPLACED

Sicily: The Promise and Potential of Wines from Mount Etna – Part Two

This is the second article ( Part one is here ) in an investigative series on Sicilian wines. Part Three of this series will be a focus on the Sicilian palate, foods and wines from the southern most region of Italy. My wife’s cousin, Fabio, navigates the winding roads up the east side of Mount Etna as naturally as the breeze follows the Sicilian coastline. We are en route to the small mountain town of Randazzo where Fabio’s friend is the winemaker at a winery called Gurrida . Over the course of an hour, we have passed thousands of acres of vineyards and citrus groves and several ancient villages carved (literally) out of lava.
END_OF_DOCUMENT_TOKEN_TO_BE_REPLACED