Originally from Australia, Daryl Groom has held numerous positions in the wine industry including Vice President of Winemaking & Operations for Peak Wines International, and Beam Wine Estates, and both Senior White Winemaker and then Senior Red Winemaker for Penfolds Wines in Australia. His foundation was producing Penfolds famed red wine, Grange, which he oversaw from 1984 until his move to the U.S. in 1990. He has been named ‘Winemaker of the Year by the LA Times, The San Francisco Chronicle, the Huston Chronicle, Quarterly Review of Wines, and others. He currently produces his own label, Groom Wines. He judges six international wine shows annually and has been on the NBC Today Show and a repeat guest on E! Television in the U.S.
END_OF_DOCUMENT_TOKEN_TO_BE_REPLACED

What's the difference between Petite Syrah, Syrah, and Shiraz?

QUESTION: What's the difference between Petite Syrah, Syrah, and Shiraz? Syrah and Shiraz are the same grape. It tends to be labeled as Shiraz in Australia and Syrah in the rest of the world (remembering that in France it is more likely to have a geographic name such as St. Joseph or Cote Rotie). There are in fact different strains of Syrahs around the world and often in the same vineyard.
END_OF_DOCUMENT_TOKEN_TO_BE_REPLACED

Geelong is Australia's "comeback kid" wine region. Swiss settlers brought their knowledge of viniculture and viticulture with them to Geelong and other parts of what is now the state of Victoria in the 1840s. Unfortunately, Geelong's vineyards were uprooted when phylloxera arrived in 1875. Almost 100 years later, Daryl and Nini Sefton brought winemaking back to Geelong when they established Idyll Vineyard (now part of Littore Family Wines), beginning a new tradition of family-owned vineyards and wineries that persists today. Emphasis on hands-on winemaking, coupled with the characteristics of Geelong's three distinct sub-regions, give this Australian wine region a character all its own.
END_OF_DOCUMENT_TOKEN_TO_BE_REPLACED

Coonawarra, one of Australia's best-known wine regions, began as a grazing range. Settlers who came from other parts of Australia and from Scotland bought up land in order to raise sheep. Somewhere along the way, an enterprising farmer noticed a strip of land with paprika-red soil. Today, that famously red earth, Coonawarra's terra rossa, is the foundation of the region's fame.
END_OF_DOCUMENT_TOKEN_TO_BE_REPLACED

Australia's Yarra Valley is the oldest wine region in the state of Victoria. It's also one of Victoria's best-known tourist destinations. Just 28 miles from Melbourne, Victoria's capital, Yarra Valley attracts over two million visitors per year, according to the Tourism Victoria Research Unit. This historic wine region, only one hour's drive from Melbourne, is a world away from the skyscrapers and tram-filled streets of downtown.
END_OF_DOCUMENT_TOKEN_TO_BE_REPLACED

Mudgee is the third-largest wine region in the state of New South Wales, Australia. Mudgee got its unusual name from its original residents, the Wiradjuri Aborigines, but it got its start in wine production thanks to a group of 19th-century German settlers who came to Australia with winemaking expertise.
END_OF_DOCUMENT_TOKEN_TO_BE_REPLACED

If you take a look at the Australian white wines available at a typical liquor store, you probably won't see much diversity. You'll find chardonnay and riesling, and perhaps pinot grigio or sauvignon blanc. And, most likely, you'll be missing out on the amazing range of white wines available from Australian producers.
END_OF_DOCUMENT_TOKEN_TO_BE_REPLACED

Barossa Valley is the best-known and, arguably, most important wine region in Australia. Any discussion of top Australian wineries or innovative winemakers will inevitably include some of the top names from Barossa Valley. The region is blessed with a wide variety of soils and a long history of family winemaking. At some Barossa Valley wineries, you can go back five or six generations to the area's original German-speaking settlers, ancestors of today's growers and winemakers. Barossa Valley's unique heritage is reflected in its top-quality wines, which come not only from large, long-established wineries but also from a new generation of boutique winemakers.
END_OF_DOCUMENT_TOKEN_TO_BE_REPLACED 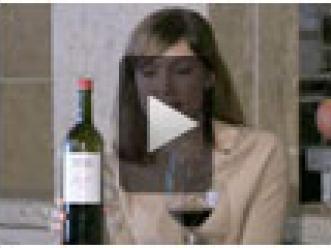