Green/gold in color.  The nose is dusty with vanilla and slight lumber and slight grapefruit.  A nice oily texture.  On the palate there is lemon and grapefruit notes.  It could use a bit more acidity to make it more food friendly.  A nice slight red apple note on the reasonably long finish.  There is a bit of a sweet note at the very end that is a bit sticky.  Probably should be drink in the next few years.  All said, though, this is really an excellent value for a $13 Chardonnay.  It is interesting and easy to drink at the same time.  You could certainly pay a lot more for a Chardonnay th A 50/50 blend of Chardonnay and Pinot Noir.  Light golden in color.  A nice mousse with lots of smallish bubbles.  The nose is nice with seltzer and slight ginger.  On the palate, this could use a bit more acidity which is surprising as the label indicates it was harvested at 18.5 Brix.  Still, there is some nice slightly sour apple notes.  It is tasty.  Shorter on the finish.  $30 Bright, deep salmon/orange in color.  Frothy mousse with smallish bubbles.  On the nose, this is very interesting.  Peppery (black) with light cherries and slight strawberries.  Almost a touch of cloves.  On the palate, there is certainly a clove note which is interesting.  Also cranberries and some cherries.  Very refreshing yet also has some depth to it.  There is a tasty sour candy note on the finish.  Good acidity, this would work with a wider variety of foods.  A very unique wine.  Although designated non-vintage, it is mostly the 2013 vintage grapes.  $30 Light ruby in color.  There is a good head with smallish bubbles but frothy.  The nose is tight but with swirling, slight strawberries.  On the palate, the Pinot seems to be more pronounced with rhubarb and slight strawberries.  Slightly drying on the finish, however, there is a nice depth here.  Also slightly tart on the finish.  This would work well with a wide variety of foods.  Compared to their basic Brut this hits higher highs and lower lows but is a more interesting wine overall. $29 Light golden in color.  Not much in the way of bubbles.  Just a slight mousse.  The nose is nice with vanilla and light seltzer.  It opens a bit to show a hint of lemon cream.  On the palate there is a light seltzer note.  Slightly sour apple-ish flavors especially on the long finish. This is very food friendly and a fun alternative for a sparkling wine.  $23 What's an appropriate wine to serve at a Toronto Blue Jays themed party? What wine would be a good gift for a hard core Blue Jays fan? The Toronto Blue Jays pride themselves on their unique status as Canada's only Major League Baseball team. Their patriotic, passionate fans enthusiastically promote the Blue Jays' Canadian heritage, although they are more than willing to cheer on every single Blue Jays player, regardless of country of origin. Blue Jays fans have backed their team from its very first snowy Opening Day in 1977 through the back-to-back World Series championships in 1992 and 1993 down to the present day. The Blue Jays' well-regarded farm system offers continuous hope to fans when the Jays are slumping, and the team's General Manager, Alex Anthopoulos, known for his calm demeanor and blockbuster trades, inspires confidence at every turn. Anthopoulos wants the Jays not only to be the face of Canada in Major League Baseball but also to be the best team on the field, every single game.
END_OF_DOCUMENT_TOKEN_TO_BE_REPLACED

Visit DanAykroydWines.com Whether you know him from Saturday Night Live , the Blues Brothers , Ghostbusters or the myriad films in which he has appeared, Dan Aykroyd’s DNA is found throughout the blueprint of pop culture. Now, three decades after exploding onto the scene as an SNL cast member, he has turned his attention to winemaking with the launch of Dan Aykroyd Wines . IntoWine recently caught up with Dan to learn more about his wine venture. What first got you into wine? I really got interested in wine when I started working on Saturday Night Live. Up to that point my level of sophistication was mostly drinking Mateus Rose to impress various young ladies on dates or back at their place, if I was lucky. However Steve Cropper the legendary blues musician who played in the Blues Brothers band and on the show took me under his wing and taught me a lot about wine. He was the one who introduced me to Grand Cru Bordeaux and Burgundy and the wonderful big reds of California. While he’s the one who got me started it was really my friend Issac Tigrett who was one of the founders of the House of Blues who gave me my graduate course in fine wine.
END_OF_DOCUMENT_TOKEN_TO_BE_REPLACED

It may seem impossible, but there are, as yet, vast, undiscovered areas where wines are produced that few people seem to know about. More specifically, there are few wineries that excel at a level of winemaking which belies the inherent strength of the specific region. Case in point: Mission Hill Winery in the Okanagan Valley in British Columbia, Canada.
END_OF_DOCUMENT_TOKEN_TO_BE_REPLACED

In this episode of IntoWineTV, host Lisa Kolenda and wine experts Bartholomew Broadbent, Loren Sonkin, and Edward Ruiz convene at one of San Francisco's finest restaurants, Incanto, to taste and discuss wines made by celebrities. Theme:...
END_OF_DOCUMENT_TOKEN_TO_BE_REPLACED 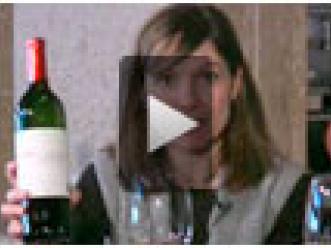