This is a very interesting wine made from a blend of Cabernet Sauvignon and Barbera and aged in stainless steel from the Emilia Romagna region of Italy.  Deep garnet in color, mostly clear and bright.  The nose is very nice with cherries, raspberries and char.  Medium bodied.  On the palate, there is a bit of sweetness on the attack.  Firm tannins.  Cassis, black cherries and slight mint notes.  Moderate finish.  This has some depth.  It needs a bit of air to open up.  This will work very well with pasta.  Drink over the next three to five years. 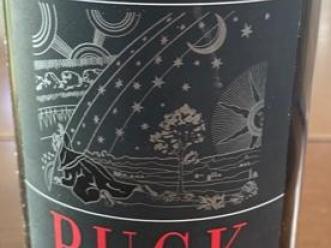 Everytime I drink a Barbera likes this I think I need to drink more Barbera.  This is outstanding and while this vintage is mostly gone, newer vintages are good and sell for under $40.  Deep garnet in color, mostly clear and bright.  The nose is nice with cherries, black cherries, anise and baking spices.  Medium bodied.  A nice backbone of acidity.  Light tannins.  On the palate, fresh pure black cherry fruit with some spice.  Long finish.  This is made for food and will work great with pasta, mushrooms, and especially pizza.  Drink over the next seven to ten years. 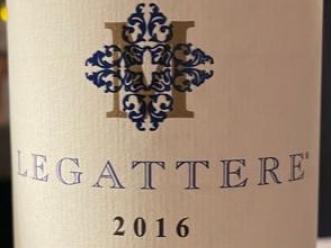 This is a blend of 67% Barbera and 33% Sangiovese from Sonoma.  A very interesting take on "Italian Red".  Deep garnet in color, mostly opaque and bright.  The nose is nice with cherries, black cherries, tree bark, and char.  Medium bodied.  On the palate, nice black cherry fruit with a touch of acidity.  A bit of smoke.  Nice finish.  This worked better with food.  It should be consumed over the next three to five years.   This worked well with pasta in a tomato sauce.

Always a treat to try one of the most iconic Barbera's made.  And, to get a chance to try one with ten years on it is a real treat.  The wine did not disappoint.  Deep ruby in color.  The nose has cranberries, slight sour cherries and a very interesting mint note.  This is a big fruit wine (especially for Barbera) with nice cherries and red currants.  There is also a strong backbone of acidity that helps this work so well with food.  Deep and some complexity, it still seems like it could go another decade with no problem.  This can handle the hearties of meat dishes but is lively enough for Deep ruby in color with some purple swirls.  The nose is dusty with black cherries.  On the palate, this is slightly bitter with bracing acidity.  Some cherry fruit.  slight to medium tannins.  Finishes with sour cherries.  This wine really demands food but should work with a wide variety.  At $20, it is fairly priced. 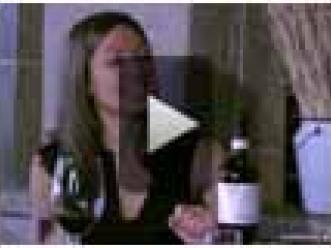 The fourth most widely planted grape in Italy is Barbera. In the Piemonte, it is the most widely planted grape and accounts for over 50% of the annual DOC red wine production and 35% of the vineyard area. Thought to be native to the Piemonte, Barbera has been grown there for centuries. It is most likely the grape written about by Paul the Deacon in his description of the Battle of Refrancore in 663 when the Longobard troops of Grimaldo defeated the Franks after getting them drunk on wine. He confirmed that the Longobards filled amphorae with wine and scattered them around the surrounding fields. The Franks found these jugs and drank voraciously from them making them unfit for battle.
END_OF_DOCUMENT_TOKEN_TO_BE_REPLACED

What comes to mind when you think of Italian wine? Barolo , Sangiovese, Asti Spumante, or the popular rule-breaking Super Tuscans? I normally do. But a few weeks ago, I was re-introduced to Barbera in, of all places a winery on the Olympic Peninsula in Washington State – hundreds of miles away from grape growing territory. I was researching Mt. Townsend Creamery , an artisanal cheese making company in Port Townsend. Their three cheeses have become hugely successful in a short time
END_OF_DOCUMENT_TOKEN_TO_BE_REPLACED