Purple in color, ruby at the rim.  Plenty of volatile acidity on the nose.  Some cherries and bitter cherries.  On the palate, more generic "red" fruit.  The VA carries over.  Drying on the finish.  I fear this wine is past prime.  It was being closed out at $12.  This wine begs for food (it is Italian) and strong flavors would work well. Wines to Go Buy This Week: An "Italian-fusion" California Red by Bargetto and Tahbilk Marsanne, a deliciously rare single varietal white. This past weekend we filmed the latest round of IntoWineTV videos (the first video will be live in about a week, we're moving away from wine reviews to wine discussions. Sort of a wine version of The View if you will). As is typical when we film IntoWineTV, the cast and crew had the luxury of indulging in many fantastic wines. Heck these shoots have almost become an excuse for everyone involved to share their latest wine faves. Over the course of the weekend I discovered two wines that made me do a double take and which are the basis for this week's "Wines to Go Buy This Week": La Vita, Bargetto Family Estate, Santa Cruz Mountains, 2006 - This wine arrived in a recent California Wine Club Signature Series shipment (and kudos to CWC as yet again they delivered a hit. I love the Signature Series.). La Vita is an unusual California red blend in that it is made from the traditionally Italian varietals of Dolcetto, Refosco, and Nebbiolo. Traditionalists may scoff at the notion of a California producer making its version of an Italian red -I'm just waiting for someone to complain that this wine has "no sense of place" - but the end result is a delicious wine that reflects qualities of both California and Italy. If this were a restaurant this wine would be labeled "Italian fusion". No it's not authentic or traditional but it is delicious, unique, and well worth a try (though at $60 a bottle, it's hardly a value buy). Buy Bargetto La Vita
END_OF_DOCUMENT_TOKEN_TO_BE_REPLACED 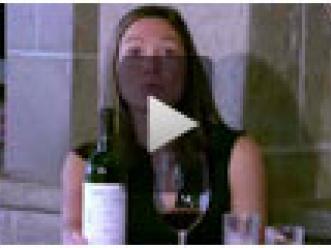 The Piemonte is one of the finest wine regions in the world. Wine is made there utilizing so many different grapes. This column has discussed Barolos (made from Nebbiolo), Barberas and the light sparkling wine Moscato d’Asti. This article will examine another great Piemonte wine: Dolcetto.
END_OF_DOCUMENT_TOKEN_TO_BE_REPLACED