Kagor is a fortified dessert wine made from cabernet sauvignon, saperavi and other grapes.  Usually fouund on-near the Black Sea coast of the former Russian Empire, primarily in Moldova and Crimea, though this one comes from Uzbekistan.  The name is a Russian version of Cahors from Southwest France.  Peter the Great was a fan of Cahors wines and started importing them in bulk. The Russian clergy, swayed by the deep color (Christ's blood), adopted Cahors for sacraments in 1733. 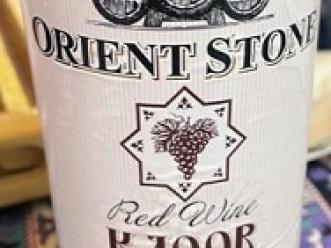