Click here to watch Part 2 of this Episode In Part 1 of this episode of IntoWineTV, host Lisa Kolenda and wine panelists Bartholomew Broadbent, Michael Cervin, and Richard Jennings discuss the controversial topic of rising wine alcohol levels. What is driving the trend towards higher alcohol levels in wine? What is the downside to higher alcohol content in wine? Does a high alcohol content in wine make it unbalanced? Does a wine with high alcohol content have trouble aging? To what degree, if it all, is the higher alcohol trend varietal or region specific? The panel discusses these issues and more. See previous IntoWineTV videos.
END_OF_DOCUMENT_TOKEN_TO_BE_REPLACED 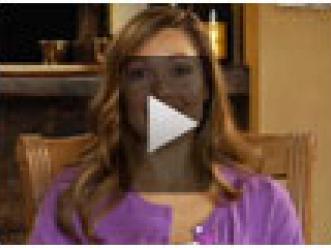 IntoWine recently caught up with Holly Mueller, Marketing Director from Botskis Bottle Ties, to discuss what bottle ties are and how this fun accessory is sure to be an instant hit at any party or occassion. Tell me about Botskis and how it got started: Botskis Bottle Ties are miniature sized neckties that fit on any bottle and increase the enjoyment of what’s inside. Whether accessorizing wine or spirits, beer or sparkling water, Botskis are the perfect way to dress up any bottle for any occasion. Botskis got started because we are bottle enthusiasts (and we know we are not alone)! We love to entertain and gift bottles for all of life’s occasions. Whether it’s a backyard barbeque or a formal wedding, we are toasting and gifting with bottles.
END_OF_DOCUMENT_TOKEN_TO_BE_REPLACED

Wines to Go Buy This Week: Crisp and Refreshing Summer White Wines by Broadbent, Dr. Loosen, and Spy Valley The dog days of August are upon us and we have but a few weeks remaining before hot summer nights give way to crisp autumn leaves. This summer has been brutally hot for most of the US -though not too bad here in San Francisco, though September tends to be our hot month, if "hot" and "San Francisco" can actually be used in the same sentence- and I've had the great pleasure of discovering some fantastic white wines that are both tasty and refreshing for those hot nights. So before summer ends, here are three white wines to go buy this week : Broadbent Vinho Verde - Vinho Verde is a staple of Portuguese culture. Translated it means "Green Wine" which refers to its youthful freshness. It's a low-alcohol, light, crisp, and slightly effervescent wine that is about as close to perfection as a summer wine can be. Broadbent makes a fantastic Vinho Verde and at about $9 a bottle, it's worth buying a case to serve at your Labor Day picnic. Your guests will love it. About $9. Buy Broadbent Vinho Verde
END_OF_DOCUMENT_TOKEN_TO_BE_REPLACED

Wine has been made in Texas as far back as the late 1700s when the Spanish planted the underwhelming Mission grape. Today the state is the 5th largest producer of wine in the U.S., which may surprise you; however the caveat for Texas wines is that most of it is consumed by the 25 million dedicated Texans who drink it before the rest of us can get hold of some. “There’s a pent up demand for Texas wines,” admits Grape Creek Vineyard owner Brian Heath. And let’s face facts, Texas and the rest of the U.S. have had little to drink wine-wise except for what California produces, and now, with the help of the slow food movement, and awareness of all things “local,” states want to drink what they make.
END_OF_DOCUMENT_TOKEN_TO_BE_REPLACED

What's an appropriate wine to serve at a Los Angeles of Anaheim themed party? What wine would be a good gift for a hard core Angels fan? Although their baseball stadium is in Anaheim rather than Los Angeles, the Los Angeles Angels of Anaheim display their own brand of L. A. glamor. The team was created in 1961 as a Major League Baseball expansion team, with Gene Autry, the "Singing Cowboy" and media mogul, as its first owner. The Angels' name dates back to Los Angeles' first professional baseball team, the 1892 California League Los Angeles Angels.
END_OF_DOCUMENT_TOKEN_TO_BE_REPLACED

What's an appropriate wine to serve at a San Francisco Giants themed party? What wine would be a good gift for a hard core Giants fan? The San Francisco Giants came into existence as the New York Gothams and joined the fledgling National League in 1883. Two years later, the baseball team was renamed the New York Giants, and a legendary sports name was born. The Giants moved from New York to San Francisco in 1957, taking up residence first at Seals Stadium, then at wind-blown Candlestick Park, where they played for 39 years. In 2000, the San Francisco Giants moved to AT&T Park, which was first known as Pacific Bell Park, then as SBC Park until SBC and AT&T merged. No matter where the Giants have played, this historic baseball team has attracted star players, created a rivalry with the same team, the Los Angeles Dodgers, on two coasts and, according to Baseball Almanac , racked up more wins than any other team in Major League Baseball.
END_OF_DOCUMENT_TOKEN_TO_BE_REPLACED

What's an appropriate wine to serve at a Philadelphia Phillies themed party? What wine would be a good gift for a hard core Phillies fan? When it comes to professional baseball – or any professional sport, for that matter – no team has been in one city and maintained the same team name longer than the Philadelphia Phillies. Founded in 1883, the Phillies have won two World Series and fostered the careers of numerous players, including the famous Whiz Kids of the 1950s. Of course, when your team has accumulated over 125 years of statistics, there are bound to be some less-than-wonderful moments as well as high points. For the Phillies, this means that they have the dubious honor of being the first U. S. professional sports team to lose 10,000 games.
END_OF_DOCUMENT_TOKEN_TO_BE_REPLACED

Andrea Robinson one of the country’s leading wine educators, and is one of only 16 women in the world who have been appointed Master Sommelier by the prestigious Court of Master Sommeliers. She was the first woman ever chosen Best Sommelier in the United States by the Sommelier Society of America. In 2007 she was appointed Master Sommelier for Delta Air Lines, for whom she selects all of their in-flight wines as well as develops flight attendant wine training. Her production company JGR Productions produces informative food, wine and travel video content for Delta Air Lines, Borders Books, and broadcast media and she has worked with the Food Channel and PBS. She is the author of eight wine and food books including Andrea Robinson’s Wine Buying Guide for Everyone , and her articles have appeared in publications such as Health , Eating Well , Esquire , Real Simple , Money , and Bon Appétit . She has received a James Beard Award for Broadcast Journalism. Formerly this busy mother of three was the Wine Director at Windows on the World, and was Corporate Director of Beverage Programs for Starwood Hotels.
END_OF_DOCUMENT_TOKEN_TO_BE_REPLACED

Adam Strum is the Founder and Chairman of Wine Enthusiast Companies and Editor and Publisher of Wine Enthusiast Magazine and heads up the largest group of wine commerce and media companies in the world. With more than 800,000 readers Wine Enthusiast Magazine and its Web site Winemag.com provide editorial content and authoritative reviews and ratings of tens of thousands of wines every year. The Wine Enthusiast Catalog/Web business is the world’s leading inventor and seller of wine accessories and wine storage. Strum, a second-generation, 35-year veteran of the wine business, is a pioneer whose multi-faceted wine-related businesses have had a major impact on increasing wine consumption and wine culture in America. Since 1979 Wine Enthusiast Companies has mailed and distributed more than 300 million wine-related publications in the United States and around the world. Not bad for a husband and wife team who started a mail-order business in their attic.
END_OF_DOCUMENT_TOKEN_TO_BE_REPLACED