Tigers legends abound: Mickey Cochrane. Charlie Gehringer. Al Kaline. Willie Horton. Ty Cobb. Sportscaster Ernie Harwell. Since 1894, when they joined the Western League, the Detroit Tigers have been in the spotlight each and every season. With a loyal fan base and a distinguished history, the "Bless You Boys" continue to attract huge crowds to Comerica Park each year. In truth, the Detroit Tigers are part of some of baseball's best and worst moments. When the Tigers won the World Series in 1968, they did so with center fielder Mickey Stanley at a position he had only played nine times before – shortstop. The Tigers' 1984 World Series victory over the San Diego Padres was the culmination of a fantastic season with a team record 104 wins. The Tigers have won four World Series and ten American League Championships. They have also, unfortunately, earned the unwanted record for most losses in American League history – 119, in 2003. In 2010, pitcher Armando Galarraga's hopes for a perfect game were dashed in the bottom of the ninth when umpire Jim Joyce declared Cleveland Indians batter Jason Donald safe at first base. Replays showed that Joyce had, indeed, made an incorrect call, and Galaragga left Comerica Park without his perfect game.
END_OF_DOCUMENT_TOKEN_TO_BE_REPLACED

In this episode of IntoWineTV, host Lisa Kolenda and wine experts Bartholomew Broadbent and Loren Sonkin convene among the vines at Crushpad in Napa Valley to taste and discuss the cult wine brands of Crushpad. Theme: Cult Wines of Crushpad Wine: 2007 Twin Oaks Pinot Noir , $42 Buy this wine Vineyard: Sleepy Howell Vineyard Region: Santa Lucia Highlands Alcohol %: 14.2% Varietals: 100% Pinot Noir Background: Mark Weiner - I have always been passionate about wine, and spent several years as a harvest volunteer at Testarossa Vineyards, where I learned to make wine for personal vintages. In 2005 I started Twin Oaks Cellars through Crushpad, and have produced small vintages of award-winning Pinot Noir (2008 Pinot Shootout Gold winner, double gold 2009 Calif State Fair). A high tech worker by day, I continue to have a "passion for Pinot"...
END_OF_DOCUMENT_TOKEN_TO_BE_REPLACED 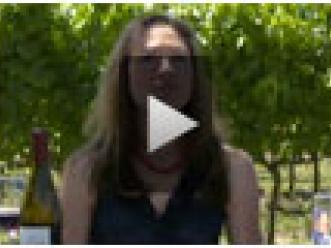 IntoWine recently caught up with WineStraws founder, Jenny LaFever, to discuss what WineStraws can do for you and to get the latest on this wine drinking trend. What inspired the idea for wine straws? The idea was born one night in December, 2007. I had a few girlfriends over for wine and appetizers before we headed to a holiday party. Two of the girls had recently had their teeth professionally whitened and (dentist’s orders) had to use a straw for their wine. The rest of the girls and I decided we didn’t want wine staining our teeth either so we all decided to used a straw. I had seen firsthand many times what a night of drinking red wine can look like! Right away, aside from having fun trying something new, I noticed that the wine taste and experience was not minimized whatsoever, I had no staining, and my lipgloss stayed on lips—not the glass. The only downfall to that first experience was the straw itself… it wasn’t perfect. After many delicious trial runs and tests, what started out as a whim of an idea amongst a few wine loving friends has now turned into the conceptualization and launch of my company: WineStraws.
END_OF_DOCUMENT_TOKEN_TO_BE_REPLACED

What's an appropriate wine to serve at a Chicago Cubs themed party? What wine would be a good gift for a hard core Cubs fan? When it comes to team loyalty, Chicago Cubs fans have a reputation for true tenaciousness. This loyalty has survived for well over a century, despite the fact that the Cubs have not won a World Series since 1908. Few professional sports teams can boast of that kind of devotion from their fans. Cubs fans are equally enthusiastic about their stadium, Wrigley Field. The traditions that surround Wrigley Field and the Cubs bring a legendary feel to every trip to the iconic ballpark. Admittedly, some of the legends and traditions, like the Curse of the Billy Goat – which supposedly began on October 6, 1945, when Murphy the Billy Goat was ejected from his (paid) seat at Wrigley Field, causing the Cubs to lose a seemingly endless succession of playoff series – make even die-hard fans wonder if their Cubbies will ever win a World Series again, but they do add to the fun of attending a Cubs home game.
END_OF_DOCUMENT_TOKEN_TO_BE_REPLACED

Cahors – The French Village Where Malbec Got Its Start

The Village of Cahors is in the southwestern part of France. The area is known for its red wines made predominantly from the Malbec grape, the same grape that is being used in Argentina to make some of the most popular wines being sold today. For those fans of Malbec, it may prove interesting to go back and try some wines from its homeland.
END_OF_DOCUMENT_TOKEN_TO_BE_REPLACED

What's an appropriate wine to serve at a New York Mets themed party? What wine would be a good gift for a hard core Mets fan? Baseball fans love to talk about star players, and many stellar team members have run out onto the baseball diamond in the uniform of the New York Mets. Darryl Strawberry, Mike Piazza, Jerry Koosman, Willie Mays and, of course, the legendary Tom Seaver have all worn the Mets' blue and orange. The Mets have had their fair share (and then some) of talented managers, too, including Casey Stengel, the team's first manager, Dallas Green, Yogi Berra and Joe Torre. The team's competitive spirit, particularly when playing against the Philadelphia Phillies or cross-town rival New York Yankees, has sustained it through long, tough years when injuries and disappointments plagued the team, and fired up the players during the Mets' many playoff appearances and two winning World Series. Mets fans, too, have a reputation for loyalty and competitiveness. They don't give up on the "Amazin's," as the Mets are affectionately called.
END_OF_DOCUMENT_TOKEN_TO_BE_REPLACED

What's an appropriate wine to serve at a Baltimore Orioles themed party? What wine would be a good gift for a hard core Orioles fan? Even a short visit to Baltimore will reveal an important fact about Charm City's residents. They are stubbornly passionate about the things that matter. And, in Baltimore, sports teams definitely matter, particularly the Baltimore Orioles baseball team. As Opening Day approaches each year, news reporters file stories on Orioles veterans, rookies and coaches, on the menu and management of Oriole Park at Camden Yards, the city's iconic stadium, its groundskeepers and staffers and on hopes for the new baseball season. The city and its residents adorn themselves with Orioles orange and black. With every Baltimore spring comes a renewed flowering of Orioles mania, an enthusiasm that diehard O's fans carry all the way through the season and playoffs.
END_OF_DOCUMENT_TOKEN_TO_BE_REPLACED

Baja California may seem like beer and tequila country but its grape-growing valleys like Guadalupe, San Antonio, and Santo Tomas, are producing 90 percent of all of the wine made in Mexico. “There’s a big market for good wine and there’s a lot of money here in Mexico,” says winemaker of Vena Cava, and British transplant Phil Gregory. “Guadalupe Valley is the name that brings people here.” More and more, the Guadalupe Valley is becoming known as the de facto wine route, known as the Ruta del Vino (route 3 from Ensenada) which traverses 135 miles encompassing about 50 wineries.
END_OF_DOCUMENT_TOKEN_TO_BE_REPLACED