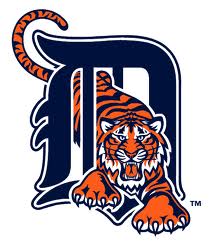 Tigers legends abound: Mickey Cochrane.  Charlie Gehringer.  Al Kaline.  Willie Horton.  Ty Cobb.  Sportscaster Ernie Harwell.  Since 1894, when they joined the Western League, the Detroit Tigers have been in the spotlight each and every season.  With a loyal fan base and a distinguished history, the "Bless You Boys" continue to attract huge crowds to Comerica Park each year.

In truth, the Detroit Tigers are part of some of baseball's best and worst moments.  When the Tigers won the World Series in 1968, they did so with center fielder Mickey Stanley at a position he had only played nine times before – shortstop.   The Tigers' 1984 World Series victory over the San Diego Padres was the culmination of a fantastic season with a team record 104 wins.  The Tigers have won four World Series and ten American League Championships.  They have also, unfortunately, earned the unwanted record for most losses in American League history – 119, in 2003.  In 2010, pitcher Armando Galarraga's hopes for a perfect game were dashed in the bottom of the ninth when umpire Jim Joyce declared Cleveland Indians batter Jason Donald safe at first base.  Replays showed that Joyce had, indeed, made an incorrect call, and Galaragga left Comerica Park without his perfect game.

Throughout the Cobb era, the years under legendary manager Sparky Anderson, and the post-2003 comeback, the Tigers' fans have remained steadfast, setting team attendance records during less-than-stellar years.  This should come as no surprise to anyone who has met and talked with a Michiganian (or Michigander; it turns out that there is no official term for a Michigan resident, according to Michigan.gov, (the state's official website).  Loyalty to the Wolverine State comes with the territory, whether one hails from the Lower or the Upper Peninsula.

Knowing all of this, and appreciating the Detroit Tigers' status as a charter member of the American League, which wines would you serve or give to a Tigers fan?  I highly recommend staying "close to home," as it were, and giving your favorite Tigers fan a bottle of Michigan wine.

French explorers found wild grapes in Michigan in 1679 and made wine from them, according to Sharon Kegerreis and Lorri Hathaway, authors of "Summary of the Early History of the Michigan Wine Industry."  Throughout Michigan's history, grape growing and winemaking have been important aspects of the state's agricultural development.  Winemaking in Michigan came to a temporary halt during Prohibition, but the state's vintners were well-prepared when the 21st Amendment, which repealed Prohibition, became part of the U. S. Constitution.  In fact, Tigers Hall of Fame player Charlie Gehringer was one of the investors in Bronte Champagne and Wine Company, which was created several months before Prohibition was officially repealed.

A Sampling of Michigan Wineries

With nearly 80 wineries to choose from, you won't run out of places to taste Michigan wines.  Michigan's AVAs have created wine trails to help you find your way to wineries around the state.

If you find yourself in the southeastern Lower Peninsula, take the time to stop by Chateau Aeronautique Winery in Rives Township, near Jackson.  Pilot-owner Lorenzo Lizarralde sponsors release parties and musical events at his "open hangar" days.  Aviators, take note – you are welcome to fly in; although fuel is not available, you'll find a grass runway and plenty to do when you land.  (Lights and fuel are not available.)  To buy Chateau Aeronautique wines, you'll need to stop by the winery.

If you're looking for a wine that would please any Tigers fan, stay close to home and choose a wine from Michigan.  Better yet, take a detour through the Wolverine State and experience Michigan's wines for yourself.

There is currently a raging debate as to the validity of what an “influencer” is. Who are the most influential wine people in the United States, and how exactly do you define ‘influential?’ Does an influential mean a person who moves markets, impacts consumers, inspires winemakers, forms policy,...
END_OF_DOCUMENT_TOKEN_TO_BE_REPLACED

Our 2013 iteration of this list is intended as a source of education and discussion. The making of this list is never an easy process. Who are the most influential wine people in the United States, and how exactly do you define ‘influential?’ Does influential mean people who move markets, impact consumers, inspire winemakers, form policy, and create debate? Yes. Though some decry the consolidation of the wine industry (and that is an issue worth considering) we are not trying to suggest who is “good” or “bad” within America’s wine industry. We merely define the Top 100 people, from winemakers to law makers, bankers to bloggers, and sommeliers to celebrities who influence wine; how it is made, marketed, perceived, sold, shipped, purchased, shared and consumed. As was true in 2012, we sought help to assemble this list people from a diverse group of people and we are grateful for their input. And we chose to release it today, January 29th, as it was on this day in 1919 when the pathetic policy of Prohibition was ratified; the effects of this lunatic legislation still evident in our country’s inability to ship and sell wine across state lines. We honor winemakers, wine drinkers and wine lovers of every conceivable demographic. Use this list, comment on it, share it with everyone, learn from it, and continue your joy of being IntoWine.
END_OF_DOCUMENT_TOKEN_TO_BE_REPLACED

Women have played a role throughout wine history, but many gained status through husbands or fathers. Since the 1960s, the number of women making their way into the industry on their own merit has greatly increased. Even without prominent family ties, women have become winemakers, winery owners, grape growers, researchers, writers, managers, sommeliers, educators . . . in fact, experts in all areas of the business.
END_OF_DOCUMENT_TOKEN_TO_BE_REPLACED

BEST OFF-THE-BEATEN-PATH NAPA TASTING ROOMS After having visited numerous renowned wineries, many of us are looking for the hidden gems within the Napa Valley. Good wines are certainly valued, but the entire experience a winery provides leaves guests wanting to return and telling their friends and family to visit. Each winery listed in this article has some special draw, whether it’s art, architecture, ambiance, gardens or compelling history.
END_OF_DOCUMENT_TOKEN_TO_BE_REPLACED

In my last article, I listed the Top 75 French Wines to Try Before You Quit Drinking . In this article I look at the “non-dump bucket” list for wines from California. This proved to be a different task. First, very few wineries have a long track record of making great wine. Secondly, while California is diverse, it does not have the diversity of climates and terroir and grape varietals of France. Still, it does produce some of the best wines in the world and any wine lover should make it a point to try as many of them as they can. Here is my list: 1. Shafer Hillside Select Cabernet Sauvignon – It’s hard to pick the first wine. This one is a great wine in every vintage and has been for a long time. Expensive but still possible to afford and made in large enough quantities to be found in grocery stores. Every lover of Cabernet should try this once.
END_OF_DOCUMENT_TOKEN_TO_BE_REPLACED