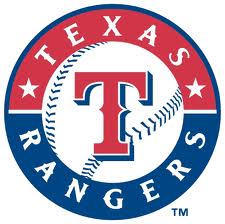 What's an appropriate wine to serve at a Texas Rangers themed party? What wine would be a good gift for a hard core Rangers fan?

If you've ever met a native Texan, you already know that residents of the Lone Star State love their state, its history, its culture and, especially, its sports teams.  Although the Texas Rangers are a transplant to the Lone Star State – the team began its Major League Baseball existence as the expansion Washington Senators team in 1961 – residents of the Dallas, Fort Worth and Arlington metro areas have learned to love their baseball team.  Named for the world-famous Texas Ranger Division of law enforcement officers founded by Stephen F. Austin, the Rangers baseball team has transformed itself from losing transplant into a winning franchise.

The Rangers have always done things up in Texas style – big names, big-ticket players, big ambitions – and it's no wonder that the team's all-time roster includes some of the brightest lights in baseball.  Charlie Hough, Ruben Sierra, Goose Gossage, Gaylord Perry, Alex Rodriguez, Mark Teixeira and Nolan Ryan, current Controlling Owner and Team President, have all worn the Rangers uniform.  The team's current roster includes outstanding hitters and pitchers, and the Rangers' farm system is widely considered to be one of the best in Major League Baseball.  The Rangers have hired their share of legendary managers, too, including Whitey Herzog, Billy Martin, Ted Williams, Buck Showalter and revered manager Johnny Oates, whose number was retired by the team.  With no-hitter king Nolan Ryan as the current Team President, Rangers fans have high hopes for the future.

With eight Viticultural Areas, 220 wineries and a winemaking history that dates back to the days of Spanish colonization, Texas is the fifth-largest wine producer in the U.S., according to 2009 statistics.[1]  Texas growers have planted vineyards in almost every part of the Lone Star State.  In fact, a Texan's research into native rootstocks saved European rootstocks from the devastation of phylloxera.  Thomas V. Munson, a horticulturist who planted experimental vineyards in Denison, Texas, developed rootstocks which European wine growers could use with their Old World varietals, thus saving the European wine industry from complete devastation.  Munson's work earned him the French Legion of Honour in 1888.

For baseball fans from the Dallas-Fort Worth metroplex, consider pouring a Dallas or Fort Worth wine.  You'll find winemakers in both Dallas and Fort Worth, in spite of – or perhaps because of – the area's urban atmosphere.  Winemaking is a burgeoning industry in Texas, with 220 wineries in operation as of this writing.  Why not celebrate a Rangers' victory with a truly local wine?

In Texas, there's almost always a way to realize your dreams.  Winemakers have found Dallas and Fort Worth to be very wine-friendly cities, just as the Texas Rangers have been embraced by baseball fans around the state.

Dan Gatlin's Inwood Estates Vineyards reflects his love of viticulture and research.  He planted his first grapes in 1981.  Several vineyards and 30 years later, Inwood Estates remains at the forefront of Texas viticultural research.  Gatlin's wines reflect his strong commitment to traditional winemaking practices.  Inwood Estates' grapes come from Newsom Vineyards in Yoakum County, Texas; the grapes must be field-crushed at harvest time.  Gatlin follows French traditional methods and fully cellars his wines.  The results speak for themselves: Inwood Estates' 2008 Palomino-Chardonnay, a unique blend, retails for $60 per bottle, while a bottle of 2008 "Cornelious" Reserve, made entirely from Texas-grown tempranillo, sells for $70.

Calais Winery, owned and operated by French-born Benjamin Calais, also uses French winemaking methods.  This boutique winery is also committed to environmental protection; anyone returning bottles from any Texas winery (in multiples of six) will receive a free tasting on a specific day and a discount on purchases from Calais Winery on the tasting day.  Calais names his wines after streets in his Dallas neighborhood; a bottle of La Cuvée du Commerce , a cabernet sauvignon / syrah / merlot blend, sells for $27, while a bottle of La Cuvée du Canton 2009, made exclusively from syrah grapes, retails for $22.

Times Ten Cellars offers tastings and special events at its Dallas and Fort Worth locations.  Times Ten makes wine in Dallas from grapes grown in Texas and California.  Time Ten's wines include a wide array of varietals, both red and white, as well as two blended reds, 2007 Cathedral Mountain Vineyard ($27) and 2007 Blend X Napa Valley ($14).

What's an appropriate wine to serve at a Houston Astros themed party? What wine would be a good gift for a hard core Astros fan? The Houston Astros team started its Texas baseball adventure as the Houston Colt .45s, definitely an appropriate name for a team from the Lone Star State. Founded in 1962, the Colt .45s changed their name in 1965 when the team took up residency at the high-tech Houston Astrodome. Highlighting Houston's connection with the space program, the Colt .45s became the Astros. Fortunately, the team did not change its name when it moved again to newly-built Enron Field, now known as Minute Maid Park, in 2000.
END_OF_DOCUMENT_TOKEN_TO_BE_REPLACED

What's an appropriate wine to serve at a Dallas Cowboys themed party? What wine would be a good gift for a hard core Cowboys fan? Whether or not you hail from Texas, you probably know the Dallas Cowboys as "America's Team." From coast to coast, you can buy Dallas Cowboys gear at retail stores, thanks to the team's enormous national fan base. Although the Cowboys have their fair share of detractors, no one who follows professional football would dispute the claim that the Cowboys have proven that an expansion franchise can achieve legendary status. The Dallas Cowboys came to life in 1960 as the first modern NFL expansion team, although they were originally called the Dallas Steers. The name was quickly changed to Rangers, then to Cowboys when the new team's owners learned that the name "Rangers" was unexpectedly unavailable. Coach Tom Landry built the Cowboys' program year by year, taking the team to its first NFL championship game in 1966 but losing to the Green Bay Packers. The next year's NFL championship rematch against the Packers quickly became famous as the "Ice Bowl," played in freezing conditions with wind chills plunging below minus 50 degrees Fahrenheit. The Cowboys lost Super Bowl V to the Colts in 1970, but came back the next year to win Super Bowl VI under the leadership of quarterback Roger Staubach.
END_OF_DOCUMENT_TOKEN_TO_BE_REPLACED

The old adage that ‘ everything is bigger in Texas ’ should be amended to include the state’s will to grow grapes and make premium wines – no matter what. In no other major wine producing American state does the tantalizing exploration of wine’s possibilities continue to embolden and elude the producers of the area.
END_OF_DOCUMENT_TOKEN_TO_BE_REPLACED

Wine has been made in Texas as far back as the late 1700s when the Spanish planted the underwhelming Mission grape. Today the state is the 5th largest producer of wine in the U.S., which may surprise you; however the caveat for Texas wines is that most of it is consumed by the 25 million dedicated Texans who drink it before the rest of us can get hold of some. “There’s a pent up demand for Texas wines,” admits Grape Creek Vineyard owner Brian Heath. And let’s face facts, Texas and the rest of the U.S. have had little to drink wine-wise except for what California produces, and now, with the help of the slow food movement, and awareness of all things “local,” states want to drink what they make.
END_OF_DOCUMENT_TOKEN_TO_BE_REPLACED