What's an appropriate wine to serve at a Minnesota Twins themed party? What wine would be a good gift for a hard core Twins fan? Baseball fans tend to think of the Minnesota Twins as a relatively new team – the Twins moved to Minnesota from Washington, D. C. in 1961 – but the team has logged 50 years of play in Minneapolis/St. Paul and boasts a franchise history that dates back to 1894.
END_OF_DOCUMENT_TOKEN_TO_BE_REPLACED

The Northern Rhône region in France—the classic spot for Syrah wines. This is where the variety originated and where it became popular in the 1970s after decades of decline. In recent years, Syrah has become famous as a varietal wine and as a blending partner (with Cabernet Sauvignon and Grenache, to name two) all over the world, from Spain to the US and Australia. But when I think of Syrah, it’s France that comes to mind—medium to full-bodied wines with intoxicating aromas of exotic flowers, game and roasted meats, a stony minerality and an utterly seductive herbaceous quality. There are five appellations for Syrah in the Northern Rhône: the Côte-Rôtie, St.-Joseph, Cornas, Crozes-Hermitage and Hermitage, the most famous region in the world for Syrah. In Hermitage, well-known producers like Guigal and Jaboulet produce wines meant to age for decades, with prices that could take a regular person about that long to save up enough to afford, for example, Guigal’s internationally traded, high-end “La La” wines, which are some of the most expensive in the world. Northern Rhône Syrah is so rich and powerful that merchants in Bordeaux in the eighteenth and nineteenth centuries blended it with their own wines to strengthen them.
END_OF_DOCUMENT_TOKEN_TO_BE_REPLACED

Wine Distribution In America: A Discussion on the Challenges of Distributing Wine - IntoWineTV Episode 149

In this episode of IntoWineTV, host Lisa Kolenda and wine panelists Bartholomew Broadbent, Michael Cervin, and Richard Jennings discuss the problems with wine distribution in the US. US wine distribution is controlled by prohibition legacy laws in each state that regulate the sale and/or shipment of wine. These laws mainly serve two purposes: 1. They generate tax revenue for the states, and 2. They protect the "monopoly" held by a few distributors in each state that requires all wine sales to run through those distributors. Are these regulatory walls at all beginning to crumble? How do these state-by-state regulations impact sales and distribution for wine producers? How does the internet and direct sales fit into this? Are the consumers being well served by these regulations or are they just being denied choice in the marketplace? The panel discusses these issues and more. See previous IntoWineTV videos.
END_OF_DOCUMENT_TOKEN_TO_BE_REPLACED 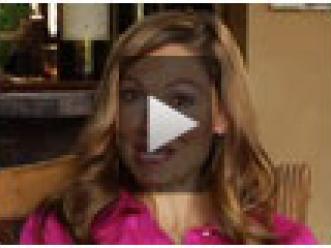 As the founder of Silicon Valley Bank’s Wine Division based in Saint Helena, Rob McMillan it’s now regarded as the leading provider of financial services to the Fine Wine business on the West Coast. McMillan supports Silicon Valley Bank’s wine business by managing a portfolio of client relationships and assisting the rest of the Division’s clients and bankers: sharing views on the macro factors impacting the Fine Wine business, offering customized management presentations for clients, writing, and speaking. Rob is author of the Bank’s highly anticipated Annual State of the Wine Industry Report. His perspectives regarding the direction, opportunities and threats in the Fine Wine business continue to be cited in the national wine press.
END_OF_DOCUMENT_TOKEN_TO_BE_REPLACED

What's an appropriate wine to serve at a Colorado Rockies themed party? What wine would be a good gift for a hard core Rockies fan? The Colorado Rockies may be one of Major League Baseball's youngest teams, but they have made it into the record books many times since their debut season in 1993. During that 1993 season, the Rockies broke the record for highest Opening Day attendance, the record for reaching the one-million, two-million, three-million and four-million single-season attendance mark more quickly than any other team and the record for highest single-season total home game attendance (4,483,350). Although the team did not have a winning season, finishing 67-95, the Rockies also set a record for most games won by a National League expansion team. Clearly, baseball and Colorado fans were meant for each other.
END_OF_DOCUMENT_TOKEN_TO_BE_REPLACED

As an earlier pioneer of the Temecula Valley, outside of San Diego, Joe Hart, only the fourth person to start a winery in the area, has spent the better part of 30 years as a champion for the Temecula wine region. Sequestered in one of Southern California’s last “unknown” wine regions Hart Winery capitalizes on the soils and climate at 1,500 feet above sea level to produce the premium varietals like Merlot, Fume´ Blanc, Viognier, Grenache Rose´, Syrah, Sangiovese, Zinfandel, Cabernet Sauvignon and Cabernet Franc. The renaissance of the California wine industry in the 1970s found Joe Hart and Nancy Hart and their three sons planting their first vineyards in 1973. Your first experience with wine was in Germany, which got you started. Describe that experience with those wines and how those eventually lead you to forming your own winery. There were two wine experiences in fairly quick succession, the first in Germany, followed soon after by one in Italy. Shortly after graduating from San Diego State I had been a reluctant draftee into the US Army, and after completing basic and advanced infantry training at Fort Ord I was sent to Germany, where I ended up in Augsburg, Germany, at a relatively cushy desk job in the Quartermaster Corps.
END_OF_DOCUMENT_TOKEN_TO_BE_REPLACED

Tim Hanni is one of the first two Americans to earn the title Master of Wine and currently sits on the Executive Council of the Institute of Masters of Wine in London. He is a faculty member of the Wine Business Institute currently teaching the Sonoma State University Wine Business Certificate Series. Hanni is a widely recognized leader in developing wine marketing and education programs and is involved in sensory and behavioral research projects focused on fostering a better understanding of consumer wine preferences. His techniques for creating easy to use wine lists, including the invention of the Progressive Wine List format, and retail wine programs are combined with tried and tested culinary philosophies on “balancing” food and wine flavors and are employed by thousands of restaurants and hotel outlets around the world. His work in the sensory and culinary fields led to the development of Napa Seasoning Company’s unique new product: Vignon, the first Flavor Balancing Seasoning formulated to make food delicious while eliminating unpleasant wine and food interactions.
END_OF_DOCUMENT_TOKEN_TO_BE_REPLACED

What's an appropriate wine to serve at an Arizona Diamondbacks themed party? What wine would be a good gift for a hard core Diamondbacks fan? The Arizona Diamondbacks are one of the two youngest teams in Major League Baseball. The Diamondbacks and the Tampa Bay Rays (originally the Devil Rays) played their first seasons in 1998, the Diamondbacks in the National League West and the Rays in the American League East. The Diamondbacks played that year in Phoenix's Bank One Ballpark, as they do today; the stadium was renamed Chase Field in 2005. Chase Field features a retractable roof and an air conditioning system; used in tandem, these two features protect Diamondbacks spectators from the extreme heat of Arizona's desert climate. Interestingly, Chase Field also has a swimming pool, which can be rented, although it doesn't come cheap. Occasionally, a home run ball will splash into the pool.
END_OF_DOCUMENT_TOKEN_TO_BE_REPLACED

Zinfandel—the grape Americans call their own. The story of Zinfandel mirrors the multicultural heritage of our country and the struggle of immigrants to make it in a new land. From white to red and sweet to dry, this is a grape that has been reinvented to suit the changing tastes of wine consumers across the country. Originally from Croatia, the grape showed up in the US with Italian immigrants in the 1800s (who called it, as it is still known today in Italy, Primitivo). More than a century later it was nearly extinct with vines ripped up in favor of international varieties like Cabernet Sauvignon and Chardonnay. But the huge popularity of white Zin in the 1980s and 1990s saved the grape from obscurity and nowadays the finest expression of Zinfandel comes not from Croatia or Italy but from California where it is produced as a dry red wine that can be light bodied and chockfull of ripe fruit or rich and inky with high alcohol and port-like characteristics.
END_OF_DOCUMENT_TOKEN_TO_BE_REPLACED