IntoWine recently asked its panel of wine experts to recommend one Oregon pinot noir worth seeking out:

Oregon’s Willamette Valley sits at roughly the same latitude as Pinot Noir’s ancestral home—France’s Burgundy region. While there are significant differences between the two regions in terms of soils and topography, the fact is that both are essentially cool climate, slow ripening regions that are ideal for producing flavorful and balanced Pinot Noir.

Pinots from Oregon tend to have some of the delicacy and minerality that red Burgundy is known for as well as some of the ripe red fruit most typically found in California Pinot. Their alcohol levels are generally much closer to those of France (13% or so) rather than California (typically 14-15%). Many of them also exhibit a savory aroma reminiscent of forest floor or underbrush, what the French call “sous bois.” 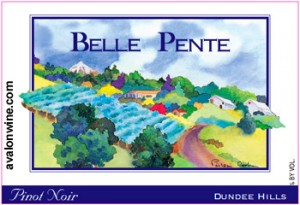 One of my favorite Pinot Noirs from Oregon that I make a point of seeking out every year is WillaKenzie Estates Pierre Leon cuvee. This structured and ageworthy wine is named after the father of WillaKenzie’s owner Bernard Lacroute. It looks like the 2006 Pierre Leon has been released, which I definitely need to get my hands on. However, if you can locate a bottle or case of the

2005 WillaKenzie Pierre Leon Pinot Noir, I highly recommend it. The 2005 is intense and structured, with more blackcurrant vs. red fruit notes. Subtle nuances of damp earth and smoky tea also provide extra dimension. Although this wine can be enjoyed now with duck, pork or beef, I recommend hanging on to a bottle or two for a few years and revisiting this wonderful wine. It is a beautiful example of New World pinot noir. - Mulan Chan, Rhône and French Regional Buyer, K&L Wine Merchants

The wines of Sineann Winery in the Willamette Valley have received rave reviews from the wine press and deservedly so.  The winemaker/owner Peter Rossback makes a variety of single vineyard Pinot Noirs from Oregon (and even New Zealand).  I am, however, going to recommend his basic Oregon Cuvee.  This is a blend of wines that were left over from the single vineyard bottlings and mixed together.  There are a couple of reasons this is good.  First, the pricing: the Oregon Pinot Noir is available for $30 while the individual vineyard wines are as much as $50 a bottle.  Second, this wine has a great complexity reflecting the blend of different vineyards.  Third, the bottle tends to be ready to drink on purchase but will cellar nicely for ten years.  If you like these, however, I wouldn’t hesitate to try one of the single vineyard wines either.  My favorites are Resonance, Schindler or Maresh.  As an added boost, Sineann wines are bottle with glass stoppers instead of corks or screwcaps which are not only cool, but highly functional! - Loren Sonkin is an IntoWine.com Featured Contributor and the Founder/Winemaker at Sonkin Cellars.

The 2006 Redman pinot noir ($34) from the Willamette Valley has a nose of sweet Bing cherries, but isn’t so overpowering that it loses its varietal characteristic, as is becoming common among so many pinot noirs. Pinot, by its nature is a subtle, self effacing grape and the Redman is soft, with enough acid to make it compatible with a variety of foods. Using a combination of Pommard, 777, 114, 115 and Wadenswil clones, this is the only pinot they make, further testament to a focus on making great wines, not a large portfolio or anything and everything. 2006 marks their second vintage so they are obviously doing something right, like getting out of the way of the pinot. The wine was racked only once and the resulting feminine qualities of mild spice, notes of cinnamon and pink pepper corns linger on the palette and is so gentle you want to curl up with it. A valiant effort, it reminds us of what pinot noir is supposed to taste like. - Michael Cervin, Wine Judge, Restaurant Critic, and IntoWine Featured Writer

Oregon Pinot Noir is renowned for its expressions of earth and fruit, black cheeries, strawberry, spice. No winery better displays the potential for Pinot Noir in Oregon than Domaine Serene. A beacon for Pinot-files around the world, Domaine Serene is frequently a beacon of quality. The 2006 Yamhill Cuvée is a good place to start. A blend of Pommard, Dijon, and Wadenswil clones, this wine’s intricate profile began in the vineyard with great weather and low yields. In the winery, a cool, focused fermentation was followed by malolactic conversion and aging in 30% French oak. The result is a crowd of red cherry and spice with a long finish of cocoa and supple fine-grain tannins that will leave novices and experts enchanted. This wine could age for a one-to-two years, or you could drink it now. I prefer the latter. (About $40) - Ben Spencer, Diploma student with the Wine & Spirit Education Trust and IntoWine Featured Writer

I tend to taste and drink a lot of wine over the course of a year. I am in a few tasting groups, sometimes the wines are consumed at various local wine store tastings and a number drunk with friends and family.
END_OF_DOCUMENT_TOKEN_TO_BE_REPLACED

The Onset of Southern Oregon

There is a saying that when people think of Oregon, they think of the three “Ps” - Portland, Precipitation and Pinot. Yes, there is rain; yes, Portland is a the largest city in the state, and yes the Willamette Valley, south of Portland, is known for Pinot Noir. But Oregon, specifically Southern Oregon, also excels at under-the-radar grape varieties and has an advantage that no other wine region could ever possess – a climate scientist who knows the best possible sites to plant the right varieties on the right soil under the right conditions.
END_OF_DOCUMENT_TOKEN_TO_BE_REPLACED

Great Pinot Noir—the Holy Grail of winemakers from France to Australia and the US, and one of the most notoriously difficult grapes to grow. The thin-skinned varietal is susceptible to rot, viruses and diseases and needs a perfectly cool climate and exacting vineyard management to thrive. After the grapes are harvested the winemaker has plenty of decisions to make, including whether or not to fine and filter the wine, how much tannin the final product should have and choosing a precise regimen of oak aging, since Pinot’s delicate flavors can easily be masked by the flavors of wood. It’s easy to make a disappointing, thin-tasting wine from this grape, but really fine Pinot is the stuff of the gods and the combination of ripe fruit and spice flavors, low tannin and high acid make Pinot Noir one of the most food friendly wines in the world.
END_OF_DOCUMENT_TOKEN_TO_BE_REPLACED

An excellent value in Oregon Pinot Noir.  Under $30, for a complex Pinot Noir that is only a step behind the single vineyard designated wines.  Ruby/purple in color.  The nose is nice with dark cherries, slight sour cherries, spice and slight char.  On the palate, dark and sour cherries predominate now.  These wines tend to be fruit forward for Oregon, but they cellar better than one might think.  With age, they get an earthy funk that is nice.  Good finish and food friendly. Very good showing for this.  As to whether this is at peak or not, it depends how you like your wines.  Ruby in color, clear and bright.  On the nose, this is earthy with cherries,  macerated cherries and a bit of funk.  Medium bodied.  Complex and layered on the palate.  Cherries, forest floor and earth.  Good balance.  Persistent with good energy.  Nice finish.  If you like a mature Pinot Noir, this was drinking great. 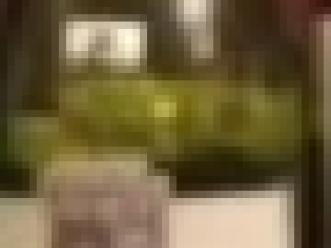