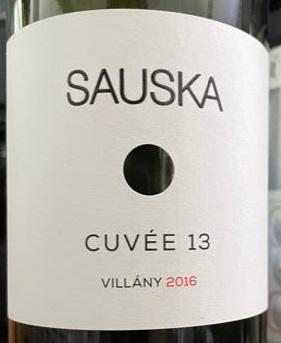 All of Sauska's blends are named after prime numbers as a testament to their uniqueness.  The lower the number, the better the wine.  This one is a blend of 45% Cabernet Franc, 34% Cabernet Sauvignon, and 21% Merlot.  It is aged 4 months in used French oak and two months is bottle prior to release.  Ruby in color with purple swirls, mostly clear and bright.  The nose has cherries, tobacco, plums and black pepper.  14% ABV.  Medium bodied.  On the palate, the cherries come thru along with the black pepper and slight tobacco underneath.  Nice balance.  Smooth and easy drinking.  Mild tannins.  This should drink well for another six to nine years.  It will work on its own but better with food.  Chili or a stew (goulash) would be a nice choice.