This took about an hour to open and then was drinking great.  It is a blend of 72% Cabernet Sauvignon, 20% Merlot, 4.5% Petit Verdot and 3.5% Cabernet Franc.  Purple in color, ruby at the rim.  The nose has cassis, cigar box and cherries.  On the palate, this is full bodied.  Ripe fruit.  Lighter tannins.  Flavors of Cherries with some cassis, chocolate and clean(er) barnyard.  Good finish.  This is about at peak now but should be here for at least another five to seven years.  It will go well with roasted meats or fowl.

This is a blend of 60% Cabernet Sauvignon and 40% Merlot.  It used to be known as Château Lalande-Borie but the name changed starting with the 2018 vintage.  Purple in color, opaque and bright.  The nose is powerful with cassis, black cherries, coffee, spice and dust. 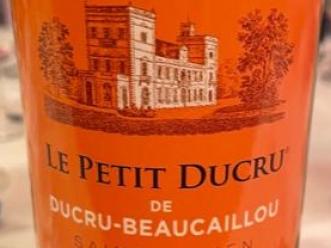 Of all Bordeaux first growths, perhaps none is as well known, both inside and outside of the wine world, as Chateau Lafite Rothschild. Its name transcends wine, standing as a symbol of luxury. How did it get this lofty reputation? And, more importantly is, it deserved? The answer to the second question is a definite yes. This article will explore the first question in more detail. The History: Records of this estate stretch as far back as 1234 when Gombaud de Lafite, abbot of the Vertheuil Monastery north of Pauillac, owned the property. The name Lafite comes from "la hite", a Gascon expression meaning "small hill." Records from the 14th century indicate that it was not a vineyard, but what the French call a seigneurie. This is an estate run by a lord and others who are effectively sharecroppers. The manor house was constructed in the 1500s and still standing today. Read part one of the First Growths Series. The Ségur family bought the property in the 1600s. Jacques de Ségur planted the vineyard in 1680 although grapes were no doubt grown before that. By the early 1700s, thanks to Nicolas-Alexandre, Marquis de Ségur, Chateau Lafite wines were very popular with those wealthy enough to afford them, first in English Society (where it was a favorite of Prime Minster Robert Walpole) and later in French society.
END_OF_DOCUMENT_TOKEN_TO_BE_REPLACED

In a recent blind tasting of 2016/2017 Bordeaux's, this and the 2017 version were my top two wines.  All of the notes can be found on this site.  While the tasting did not include any first growths, it does point out that this Chateau is producing outstanding wines and at reasonable prices.  While today I preferred the 2017, in the long run, the 2016 is the better wine.  It is a blend of 64% Cabernet Sauvignon, 27% Merlot, 6% Petit Verdot, and 3% Cabernet Franc. Purple in color, ruby at the rim.  Opaque and bright.  The nose is complex with cassis, black cherries, leather, tobacco and spice 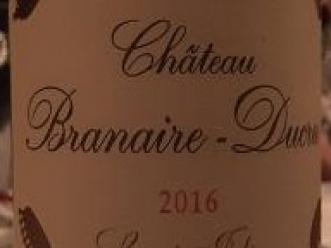 This is  70% Cabernet Sauvignon, 22% Merlot, with some Cabernet Franc and Petit Verdot. It is a more forward style of Bordeaux, but certainly not a fruit bomb. 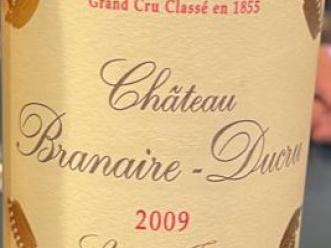 Although this is highly rated and not inexpensive, this continues to be one of the most under rated wines from Bordeaux for my tastes.  It is classic left bank and affordable and will age quite well.  Purple in color, ruby at the rim, opaque and bright.  On the nose, this is dusty with cigar box, cassis and cherries.  Full bodied.  A nice juicy/glycerin mouthfeel.  Very plush on the mid-palate and then a long finish.  Lots of cassis and black cherry fruit with underlying clean earthiness.  This should continue to improve for five to ten more years and srink for another ten to fifteen after 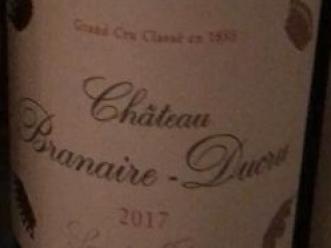