This kept improving after the cork was pulled but it took at least an hour to blow off its bottle stink.  At the two hour mark it finally hit its apogee.  If opening soon, give it some air.  From a vintage that does have its issues, this showed very well.  Ruby in color with some browning, clear.  The nose initially had some wet cardboard, but thankfully that blew off, so doubtful it was an off bottle.  In fact, at the two hour mark it showed cherries, dust, cedar and slight dry forest floor.  Medium bodied.  At the two hour mark, the palate had nice cherries, some slight macerated cherries with underlying Earl Grey tea notes.  Good acidity.  Light tannins.  Moderate finish.  It has some complexity but doesn't seem to have the fruit to go much further (to be fair, it is already 26 years old).  Drink up.  This drinks well on its own but would be better with food.  Beef stew would be a good match.

France's Burgundy Wine Region: A Primer on the History, Wines, Vineyards & Terroir contains an excellent introduction into the ethereal wine of one of the most famous wine producing regions. No winery is more famous, or produces such legendary wines in Burgundy than Domaine de la Romanée-Conti. Often abbreviated as DRC, the winery makes some of the most exclusive and expensive wines in the world. They are, for those lucky enough to have tried them, the pinnacle of Pinot Noir and Chardonnay.
END_OF_DOCUMENT_TOKEN_TO_BE_REPLACED

This was popped and poured but it took about an hour to blow off some bottle stink and another hour to really get into gear.  It would have been better served to pop the cork and allowed to breathe for a few hours.  Luckily, we had the time to wait.  Ruby in color, clear and bright.  The nose (after a couple hours) is nice with cherries, earthy funk and slight floral notes.  Medium bodied.  On the palate, this has cherries layered with earthiness.  Slightly soft.  Deep.  Nice finish.  This is drinking well now and will not get better.  From a very good if not great vintage.  Drink over the 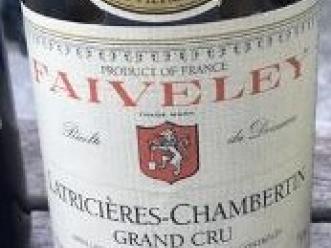 This was purchased on release and properly cellared.  Overall, the bottle took an hour or so to open up and then was drinking fine.  It never took that final step to being a top bottle, but it was outstanding nevertheless.  Light ruby in color, mostly clear and bright.  The nose has a slight earthy funk to it and cherries.  On the palate, this has a soft texture.  Elegant cherries with light tannins twisted around a bit of damp earthy farmyard.  Long finish.  This will go well with roasted fowl or braised beef dishes.  It probably doesn't get better than this but no hurry, it should be at t About ten years ago, a west coast retailer dumped these on the market.  And, I mean dumped.  About $15 a bottle.  Never knew why but bought some anyway as did lots of others.  It seems that has tainted the perception of this wine as every time people open one, the story is told and the comments factor in the price.  Frankly, that does this wine a dis-service.  At age 13, from a solid vintage, this wine is drinking quite well and appears to be at peak.  Pale ruby in color.  The nose is earthy, slightly dishwater with good fresh cherries as well.  On the palate, this is clean with cherries, m There is a lot of controversy about this American producer.  I won't go into the here except to say, all the wines I personally purchased and opened so far have been at or above expectations.  Pop and pour.  Light ruby in color, slightly hazy which is not uncommon in Burgundies.  The nose is very nice.  Earthy with slight mushrooms, cherries, slight cranberry notes and just a bit of funk.  Medium bodied with tart acidity (in a good way).  On the palate, nice cherry fruit with underlying earthiness and slight mushrooms.  Still on the youthful side of full maturity.  That said at age eleven, 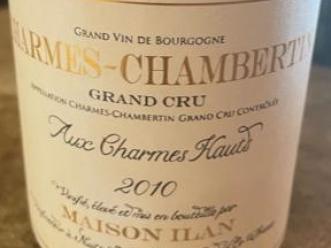