Pesto sauce, generally comprising basil, garlic, olive oil, pine nuts, grated hard cheese and salt, originated in Genoa of Northern Italy, but no mention appears in the United States until 1944, when the New York Times reported an imported, canned pesto paste . Soon after, a recipe appeared in Sunset Magazine in 1946, contributed by Angelo Pellegrini. But the sauce did not gain popularity in the United States until the 1980s and 1990s, partly because fresh basil was not sold here until the 1970s. For a time, a mini pesto fever took hold with chefs and home cooks prolifically turning out recipe after recipe, varying the proportions of olive oil, cheese and basil and even changing the herb and nut combinations to such concoctions as parsley and/or mint with pistachios.
END_OF_DOCUMENT_TOKEN_TO_BE_REPLACED

Best Wine to Pair With Scallops

Ah, the temperamental scallop! If not cooked just right, it is rubbery or mushy – you choose the lesser of two evils. If properly handled, the delicate, but meaty texture sings in your mouth.
END_OF_DOCUMENT_TOKEN_TO_BE_REPLACED

IntoWine recently asked its panel of wine experts to recommend one wine to pair with breast of duck: Duck breast is juicy , gamey and flavorful, and needs a wine companion that is lighter bodied, lightly fruity, with good acidity and some earthiness to it. A Pinot Noir is the natural pairing, but one with a little mushroomy flavor, which Pinot Noir can get with maturity, or earthy “sous bois” characteristics, can echo the gamey, earthy flavors of the meat. An older red Burgundy or California Pinot would do the trick beautifully, but that might not be very practical if you don’t happen to have any sitting in your cellar. Fortunately, a lot of new release domestic Pinot Noirs can fill the bill as well. One gets a lot of earthiness from Pinots grown in cool climate regions like the Santa Rita Hills and Santa Cruz Mountains in California, and the Amity Hills in Oregon. Particular recommendations with the requisite earthiness would be: (1) from Sta. Rita Hills, Rusack’s Reserve Pinot or the Clos Pepe Estate; (2) from Santa Cruz Mountains, Mount Eden’s or Thomas Fogarty’s Estate Pinots, and (3) from Oregon’s Amity Hills, Evening Land’s La Source Seven Springs Vineyard or St. Innocent’s Zenith. Another fun and delicious direction to go with duck is a Pinot Noir-based sparkling wine. I’ve had memorable results matching duck with both Ferrari’s vintage Rosé Perlé and their less pricey Ferrari Rosé Brut . Ferrari is probably the top Italian sparkling wine producer making wines in a champenoise style, and the NV Brut is widely available for only about $30. Other sparkling rosés should go well too, but Ferrari, for my money, has the requisite balance of fruitiness, minerality and acidity that really sparks with a dish like duck. - Richard Jennings, IntoWine.com Featured Contributor and the Founder RJonWine.com
END_OF_DOCUMENT_TOKEN_TO_BE_REPLACED

IntoWine.com asked our panel of wine experts to suggest a great wine to pair with grilled salmon. While pinot noir seemed to rule the roost as a common favorite, chardonnay proved that wine pairing is beholden to the variances of the human palate as we had strong recommendations both for and against chardonnay.
END_OF_DOCUMENT_TOKEN_TO_BE_REPLACED

“Irish” Cuisine Paired with Winning Wines and Festive Films Let’s talk Ireland and wine. Ireland and wine? The phrase does not roll trippingly off the tongue. Yet after years of being a beer nation, Ireland is birthing more and more inhabitants inexplicably enamored with wine. Total wine sales more than quadrupled between 1990 and 2007. What’s going on?
END_OF_DOCUMENT_TOKEN_TO_BE_REPLACED

In this episode of IntoWineTV, host Lisa Kolenda and wine experts Loren Sonkin, Mulan Chan, and Edward Ruiz convene at one of San Francisco's finest restaurants, Incanto, to taste and discuss great port wines. Subscribe to the IntoWineTV Podcast on iTunes
END_OF_DOCUMENT_TOKEN_TO_BE_REPLACED 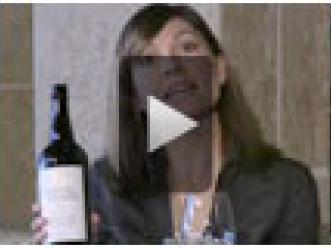 With winter upon us thoughts naturally drift towards warm comfort food. Wit this in mind, IntoWine.com asked our panel of wine experts to suggest a great wine to pair with pasta bolognese: Because Bolognese is a thick tomato and meat based red sauce, it tends to need a tannin friendly, but acidic wine. Therefore the Palmina 2007 Dolcetto ($20) from Santa Barbara blends seamlessly with Bolognese. The dolcetto’s acid works with the tomato base and the rich ripe fruit blends well with whatever meat used in the sauce. Dolcettos by there nature are built as food friendly wine and certainly it’s a variety you don’t see too often. Of course there are wines available from Italy, but some areas of California are producing outstanding Italian varietals. Palmina focuses of Italian varieties and has quietly been making excellent wines. - Michael Cervin , Wine Judge, Restaurant Critic, and IntoWine Featured Writer
END_OF_DOCUMENT_TOKEN_TO_BE_REPLACED

We recently asked our panel of wine experts to recommend a wine to pair with roasted chicken. While a variety of recommendations came forth, the clear winner of the day was New Zealand's Spy Valley Pinot Noir as two of our experts independently suggested this gem of a wine. I would recommend a Pinot Noir. Pinot is a great match for fowl. The roasted qualities of this preparation call for one that is perhaps a bit smoky or has some toasty oak notes (within reason). I am going to recommend a Spy Valley Pinot Noir from New Zealand .
END_OF_DOCUMENT_TOKEN_TO_BE_REPLACED

It is said that wine and cheese go together. The real question though is WHAT wines pair with WHAT cheeses. IntoWine's panel of wine experts recently chimed in with their suggestions for the best wine to pair with goat cheese: What usually comes to mind is chevre, so let's think about something different. Think Norway, for a second...the most amazing cheese I know is Gjeost (pronounced yay-toast), and if you don't know this, you must try it. My Grandmother's family was from Bergen, Norway, so I grew up feasting on this sublime cheese. It looks like caramel, and it's sweet like caramel too, but savory at the same time. It's firm, brown, and naturally sweet. I've had it with very dry Champagnes, and Madeiras, but the strangest, tastiest combination is Buy Vin Jaune Vin Jaune from the Jura in France. From a small wine region in Eastern France, this unusual, yellow colored wine gets its character from being matured in a barrel under a film of yeast called the "voile", on the wine's surface. It's a bit like a Fino Sherry, but unlike Sherry it isn't fortified. I think it's a stellar combo with Gjetost- the dry, nutty wine is delicious with the sweet, rich cheese. It may be easier to find the cheese than the wine. A well distributed brand of Gjetost is "Ski Queen", but the wines from the Jura are more obscure. It's worth the hunt! - Laely Heron , Owner/Winemaker, Heron Wines
END_OF_DOCUMENT_TOKEN_TO_BE_REPLACED