The World's Most Expensive Wines

Tales of legendary, expensive wines fascinate wine lovers from all walks of life. Although most of us will never buy a $1,000 bottle of wine, let alone pay tens of thousands of dollars for a historic, collectible wine, we still find the world's most expensive wines intriguing and captivating.
END_OF_DOCUMENT_TOKEN_TO_BE_REPLACED 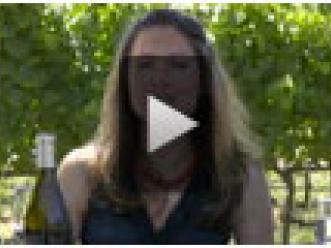 What happens when you cross the Carolinas with California? Calicaro wine, that's what. IntoWine recently caught up with Dave Ball, founder of Calicaro wine to discuss his nascent wine venture and his thoughts on winemaking.
END_OF_DOCUMENT_TOKEN_TO_BE_REPLACED

At IntoWine, we've had the great fortune of being able to interview some of the most interesting and knowledgeable people in the wine world. Below is a list of the interviews conducted to date...
END_OF_DOCUMENT_TOKEN_TO_BE_REPLACED

This might be the most interesting back story of any wine ever made: An ex-CIA spy (excuse me... "Case Agent") with a Classics/Latin background becomes a winemaker. This should be the basis for Harrison Ford's next movie but it's actually the real-life story of Richard Hart, founder of Ricardus Corculum. We recently caught up with Richard to chat about his wine venture.
END_OF_DOCUMENT_TOKEN_TO_BE_REPLACED

IntoWine recently caught up with Bohemian Vineyard owner Sue Cleary to discuss their venture into winemaking: What inspired the name Bohemian Vineyard? Bohemian Vineyard is located on Bohemian Hwy in Freestone Valley. Bohemian means a free spirit and artist which we thought would be the perfect name for our unique wine.
END_OF_DOCUMENT_TOKEN_TO_BE_REPLACED 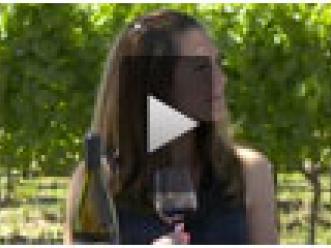 IntoWine recently had the good fortune of catching up with John Tarabini, Owner of Damian Rae Winery, to discuss the evolution of his wine brand as well as his thoughts on winemaking. Thanks to John for participating. What inspired the name Damian Rae Winery? Damian and Rae are the middle names, respectively, of winery owners John and Sharol Tarabini.
END_OF_DOCUMENT_TOKEN_TO_BE_REPLACED

Loren Sonkin has been a long-time contributor to IntoWine.com. In addition to his frequent appearances as a panelist on IntoWineTV , Loren writes columns on both French and Italian wines, contributes wine recommendations, vintage guides , and provides the wine/food pairing knowledge behind the IntoWine Wine & Food pairing tool . In other words, he does it all. So when Loren told us he was venturing into winemaking himself with his own label, SonkinCellars , we jumped at the chance to be the first to taste his barrel samples on IntoWineTV. Though the wine, Persona, is not due for release until 2011, we are excited to catch up with Loren about this new venture. What inspired the name SonkinCellars? Obviously, the winery is named after me. The name was decided on when a group of investors approached me to create a wine. They were familiar with my tastes from Intowine as well as Internet Bulletin Boards. They asked me what kind of wine I would like to create and said that the wineries name should reflect that vision. I was a bit uneasy about it at first, but I do agree that it allows those people who know me, to have some level of confidence in the wine.
END_OF_DOCUMENT_TOKEN_TO_BE_REPLACED