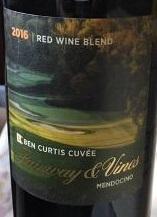 This is the second vintage for a Red Wine Blend and I far prefer this to the 2015 version.  it is a blend of 42% Zinfandel, 21% Petite Sirah, 19% "Port Grapes, and 18% Syrah.  Yes, Port wine grapes can be a wide variety but I have no idea what they used and that the grapes are from Mendocino.  But, for $20 retail, no need to get hung up on that.  Right now it seems the Zinfandel and to a lesser extent the Syrah dominate the blend although that might change with time.  It is made by Rich Parducci.  This utilizes a cork (unlike the Chardonnay)  Ruby in color with purple swirls.  The nose has black cherries, black raspberries, some char and slight mint.  On the palate this has slight tannins.  Plenty of black raspberry fruit.  Easy drinking.  This drinks very easily.  It is tasty and enjoyable.  It should probably be consumed in the next few years.  Great value.

I absolutely loved this wine.  And for $32, this is a great value.  What I like about Petite Syrah is that it is not as boisterous as Syrah but in a similar vein.  The two grapes are not (at least closely) related.  Many times it seems Petite producers try to "correct" for this and get too much ripeness.  It is a fine line, but this wine really does a wonderful job of expressing the true qualities of Petite.  It does need some air and time to open, so keep that in mind if drinking now.  Or better yet, cellar a few bottles and open them in ten years!  Inky purple in color.  The nose has blac 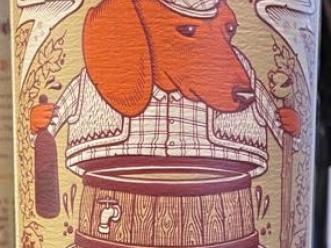 Bonterra wines are made from organically farmed grapes.  This is a blend of mostly Merlot and Petite Sirah.  It is a different take, a bit lighter and easier, but a delicious and well priced wine.  Deep ruby in color, lighter at the rim, mostly clear and bright.  The nose has raspberries and cranberries with a bit of char.  On the palate, this has raspberries and candied cherries with an underlying char.  Some complexity.  This is clean and easy drinking.  It is not likely to get any better but should be good over the next three to five years.  It drinks well on its own and will work with f This is an inexpensive wine made from 85% Zinfandel and 15% Petite Sirah.  It is aged in one and two year old French oak barrels.  This is a nice wine to serve at parties and cook outs.  It will be popular with people who enjoy a nice glass of red.  Purple/ruby in color.  The nose has black raspberries, raspberries, some black cherries along with a bit of cola and spice.  On the palate, black cherries, black raspberries and a bit of black pepper.  Easy drinking.  Nothing harsh.  Not a lot of acidity.  Ripe fruit.  This is a wine to drink now.