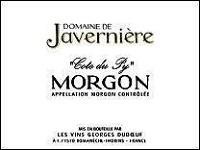 Purple and opaque in color.  The nose has black cherries, and black olives with some black raspberries.  Again, it reminds me of the northern Rhone (not a bad thing).  Very smooth.  Deep and almost impenetrable at this point.  Black raspberries and black cherry fruit.  Firm tannins.  Needs time but lots of potential. 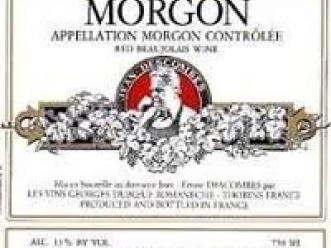 Each year at 12:01 AM on the third Thursday of November, millions of bottles of Beaujolais Nouveau begin a journey from a little French village to locales across the globe. Wine stores and cafes enthusiastically greet these shipments with signs and banners proclaiming "Le Beaujolais Nouveau est arrivé!" "The New Beaujolais has arrived!". With this begins the annual celebration of the arrival of the French wine Beaujolais Nouveau, a celebration steeped in tradition, frivolity, grandeur, legend, and of course, fabulous wine.
END_OF_DOCUMENT_TOKEN_TO_BE_REPLACED

Georges Duboeuf is practically a legend. Originally from the Pouilly-Fuissé region of Burgundy , Duboeuf was raised on a small farm where his family owned a few acres of Chardonnay vines. His father died when Georges was young, therefore his uncle and older brother, Roger, took over the business. Duboeuf helped out on the family vineyard growing up, even using the manual grape crusher when he was just six years old. By age 18 he was delivering wine on his bicycle from producers to local restaurants. He began bottling Beaujolais to meet one of his customer's demands. Duboeuf became a négociant in 1964, when he founded Les Vins Georges Duboeuf. He is best known for Beaujolais Nouveau, though he produces many others. His wines now hold world-wide appeal and are sold in an astonishing 120 countries.
END_OF_DOCUMENT_TOKEN_TO_BE_REPLACED

If you are a wine lover, wine connoisseur, wine aficionado or even if you just like to have a couple of glasses on a Friday night, it soon becomes obvious that there are some wines that are held in a higher esteem in the wine world. Sometimes, it is because these wines are very rare. Other times, it’s because the wine has a place in history. Sometimes it’s because the wine is just that good. Here is a list of 75 wines from France that make up that category. A few caveats. I have not tried every wine on this list. Some I have and others I hope to. Many of these wines are rare and hard to find. That doesn’t mean they shouldn’t be on the list. After all, if the opportunity presents itself, go for it.
END_OF_DOCUMENT_TOKEN_TO_BE_REPLACED

Inky purple in color.  The nose has cedar with some cherries and black cherries.  On the palate, black cherries.  Medium tannins.  This wine is excellent but it seems to be close to ready to drink now and without the potential for much more improvement.  That is not a bad thing (and it may even be a good thing) though. 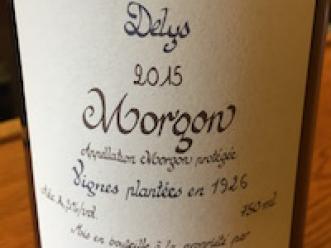