Q&A with Richard Sanford, Owner and Winemaker at Alma Rosa 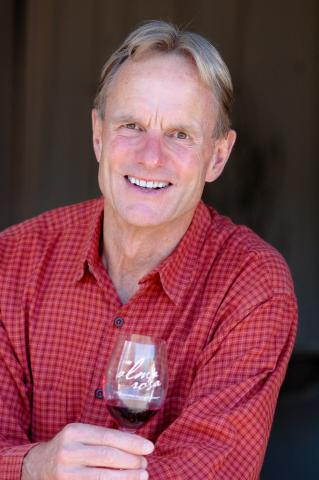 Santa Barbara wine pioneer Richard Sanford is among the inductees into the 2012 Vintners Hall of Fame. Sanford started one of the first modern wineries south of the San Francisco Bay Area in 1982 and for several decades, his Sanford Winery and Vineyards was the lone outpost in the now-sizzling Santa Rita Hills area of Santa Barbara County. He was the first winemaker to prove the potential for Pinot Noir in the Santa Rita Hills and spent the next 20 years making some of the best regarded Pinots from the region including bottlings from arguably his best vineyard, Rinconada. Sanford left his namesake winery in 2005 and founded Alma Rosa Winery & Vineyards in Lompoc.

What prompted you to pursue winemaking as a career? If not winemaking, what path would you have chosen?

Upon returning from military service in Vietnam in 1968 I wanted to pursue an activity more connected with the land. During my tenure in the Navy I had been introduced to a wonderful Volnay by a fellow naval officer. That became my inspiration to pursue a career in agriculture and I chose winegrowing to attempt to duplicate the quality of that wine. After 40 years as a winegrower I cannot imagine any other path.

I have always been interested in the Burgundy varieties of Chardonnay and Pinot Noir and have looked to the traditional French methods of wine production. I believe that the focus should be on growing quality grapes and monitor the progress of the winemaking with little intervention. I believe the finest wines come from excellent quality grapes respectfully treated and in the case of Pinot Noir, open top fermentation, manually punched down, and ageing in French Oak. Balance and elegance are more important to me than impact.

What wine varieties would you like to see the public embrace more fully?

The 100 point rating system does not encourage consumers to trust their own palette. The difference between an 88 rating and a 91 rating is rather subjective and will differ largely with different tasters. Some winemakers make their wines for the benefit of a few wine writers and are not true to their own taste. I prefer a more general approach to “like” or “dislike” with a series of + (plus) or – (minus) to reflect general quality.

Rising wine alcohol levels in U.S. and foreign wines concern winemakers and the public. What are your thoughts on the subject?

I believe the most important aspect of wine is balance. Alcohol in wine is directly related to ripeness of the grapes, the higher the sugar in the grapes the higher potential alcohol.  Recently there has been a movement toward extreme grape ripeness, consequently higher alcohols. I believe over ripe grapes often produces “hot” wines and particularly pruney or raisin-like Pinot Noir. I am a proponent of lower alcohol, better balance, and raspberry fruit in Pinot Noir rather than prunes or raisins.

You were the very first to plant in the now recognized Santa Rita Hills in Santa Barbara County in 1972. What was the impetus to plant grapes in what was then a remote and obscure area?

My college degree was in Geography from UC Berkeley. After my Vietnam experience, and deciding to pursue the production of Pinot Noir, my prejudice was that Pinot Noir was planted in areas of California that were too warm. I studied the climates of Burgundy and researched the entire west coast of North America for the perfect growing climate. With my Geography background I recognized that the Transverse Mountain Range of California, north of Santa Barbara was a unique geographic anomaly, trending east to west. The westerly winds of the region blowing on shore create a cool maritime climate I felt perfect for the production of Pinot Noir. I located my vineyard site first with maps, then qualified it with a thermometer, and chose a property with well drained soils.

You served your country in Vietnam. How did that impact you later as a winemaker?

Upon my return from Vietnam I did not realize the impact of our culture rejecting the servicemen and women who served in the war. My response to that rejection was to abandon the culture and commit to a life in nature. I spent years driving my tractor tending my new vines. I did not realize at the time that I was on a spirit-quest. I developed a great respect and affinity for nature and ultimately a spiritual connection with the Eastern Philosophy of Taoism. That experience and realization of non-attachment has had profound influence on my respect for the quality of the grapes and allowing the grapes to express into wine without intervention.

Your original winery, Sanford, still exists, but was bought out, and now you own and operate Alma Rosa, so you’ve seen a lot of changes. What has been the toughest learning curve for you in the wine business?

I entered the wine business young, still in my twenties and without the economic wherewithal. Financing has always been my biggest challenge whether banking or equity partners. I have learned that regardless of outward appearance there are people who do not share the same value system. Additionally, recognizing that we have no control over consumer whims and the marketplace.

What would be your best advice for a new winemaker?

Follow your dreams; dream big. Anything is possible. Be respectful of all points of view and do not take negative comments about your wine personally. Never, ever, compromise your values. Make no apologies for your wines.

You have championed the use of sustainable and organic farming, even bringing in elements of feng shui into your winery. How important is that to you and do you feel the wines truly benefit from it?

As a novice winegrower I was using conventional agricultural methodology. We were growing our garden organically and my wife, Thekla, encouraged me to pursue organic farming of grapes. I was at first timid, however, I began to research growing methods used before the chemicals were invented, before World War II. In two years we weaned ourselves of all pesticides and ultimately became the first certified organic vineyard in Santa Barbara County. I believe we all have a responsibility to preserve our environment for future generations. Winegrowing in harmony with nature provides healthy vines and ecosystems. I believe the vines benefit from the natural rhythms of nature and the resulting wines are truer to their character.

The California Central Coast, identified as Santa Barbara, San Luis Obispo (and its main wine region Paso Robles) and Monterey is California the way it used to be, or at the very least, California the way people want it to be: small towns, charming architecture, varied history of Missions and Indians, and coastlines for miles; a slow pace, clean air and a belief that no one real really works very hard. But the area has been home to grape growing since the Spanish brought vine cuttings from Spain via Mexico in the late 1700s and winemakers and vineyard managers have been working hard ever since. To celebrate this beautiful region IntoWine.com offers these 50 wines that represent the diversity of the California Central Coast.
END_OF_DOCUMENT_TOKEN_TO_BE_REPLACED

In my last article, I listed the Top 75 French Wines to Try Before You Quit Drinking . In this article I look at the “non-dump bucket” list for wines from California. This proved to be a different task. First, very few wineries have a long track record of making great wine. Secondly, while California is diverse, it does not have the diversity of climates and terroir and grape varietals of France. Still, it does produce some of the best wines in the world and any wine lover should make it a point to try as many of them as they can. Here is my list: 1. Shafer Hillside Select Cabernet Sauvignon – It’s hard to pick the first wine. This one is a great wine in every vintage and has been for a long time. Expensive but still possible to afford and made in large enough quantities to be found in grocery stores. Every lover of Cabernet should try this once.
END_OF_DOCUMENT_TOKEN_TO_BE_REPLACED

From Start to Finish: A Conversation with Thérèse Martin of Martin Ranch Winery

The winding, tree cocooned Redwood Retreat Road in Gilroy, California, snakes its way alongside Little Arthur Creek and steadily climbs up 600 ft. toward Mount Madonna. Once home to the widow of famed writer Robert Louis Stevenson, this southern neck of the Santa Cruz Mountains continues to lure day trippers, adventurers and cyclists. For two weekends each month, wine enthusiasts heed the call to likewise abandon their GPS and take this less travelled path to experience the award-winning wines of Martin Ranch Winery .
END_OF_DOCUMENT_TOKEN_TO_BE_REPLACED

As an earlier pioneer of the Temecula Valley, outside of San Diego, Joe Hart, only the fourth person to start a winery in the area, has spent the better part of 30 years as a champion for the Temecula wine region. Sequestered in one of Southern California’s last “unknown” wine regions Hart Winery capitalizes on the soils and climate at 1,500 feet above sea level to produce the premium varietals like Merlot, Fume´ Blanc, Viognier, Grenache Rose´, Syrah, Sangiovese, Zinfandel, Cabernet Sauvignon and Cabernet Franc. The renaissance of the California wine industry in the 1970s found Joe Hart and Nancy Hart and their three sons planting their first vineyards in 1973. Your first experience with wine was in Germany, which got you started. Describe that experience with those wines and how those eventually lead you to forming your own winery. There were two wine experiences in fairly quick succession, the first in Germany, followed soon after by one in Italy. Shortly after graduating from San Diego State I had been a reluctant draftee into the US Army, and after completing basic and advanced infantry training at Fort Ord I was sent to Germany, where I ended up in Augsburg, Germany, at a relatively cushy desk job in the Quartermaster Corps.
END_OF_DOCUMENT_TOKEN_TO_BE_REPLACED