Nothing says summer time like boiled lobster and drawn butter. IntoWine.com asked our panel of wine experts to recommend the best wines to pair with boiled lobster:

This is such a rare, special occasion dish for me that my initial inclination is that the wine has to be something special as well. For the richness and delicacy of lobster, I can’t imagine anything better than Burgundy’s greatest white wine—the world’s most magnificent rendition of Chardonnay—a Montrachet. The wines from this Grand Cru vineyard are very expensive, but if the occasion for a treat like lobster is a best friend or spouse’s milestone birthday, then why not pull out the world’s best white wine to celebrate as well? On a similarly celebratory note, a bottle of Krug Champagne and lobster would make for a very memorable occasion too. 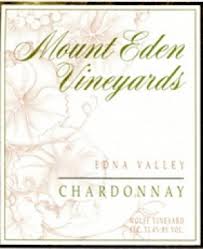 If you’re not up to spending $300 or more for something to drink with your lobster, let me suggest one of California’s “grand cru” Chardonnays. There are three that make up the summit of California Chard for me, and all of them will be just as delicious as the most succulent lobster. The first two are from producers that have been perfecting their cool climate Chards for many years, Hanzell and Mount Eden. The third is a newer producer, in the cool climate northern reaches of the Santa Cruz Mountains appellation, Rhys. The latter, founded by venture capitalist and Burgundy fanatic Kevin Harvey, has spared no expense in planting vineyards and building winemaking facilities capable of producing one of the State’s greatest Chardonnays. Unfortunately, one needs to be on Rhys’s long closed mailing list to obtain a small allocation of the Chardonnay. Hanzell and Mount Eden are more widely available, although pricey for California Chardonnay, at about $65 each. If you’re popping for an expensive and rich ingredient like lobster though, why not pair it with the best? - Richard Jennings, IntoWine.com Featured Contributor and the Founder RJonWine.com

In my opinion, boiled lobster with drawn butter begs for a medium bodied white wine with perhaps subtle nuances of oak ageing.

A modicum of delicate fruit and acidity will match the inherent richness of the lobster meat and help cut through the butter that you will most likely be dipping your lobster into.

Moreover, judicious amounts of oak and oak ageing will often add a bit of girth and weight to white wines, which is something that might very well be needed with richer dishes like lobster.

An annual pilgrimage to St. Bart’s, an annual holiday in Maine, the contrasts could not be much more extreme but the common thread was lobster and wine! To be precise, Sancerre. Any Sauvignon Blanc will go well with lobster, boiled and dipped into melted butter but Sancerre is what immediately jumps to mind. Sancerre tends to be generally attractive and, though some subtleties do separate the good from the best, you can pretty much rely on the competitiveness of the category; if it has reached a store near you, it has to have been through some pretty vigorous selection criteria from importers and wholesalers. One is certainly less brand aware when it comes to Sancerre than wines from most other wine regions but, so long as it is from a fresh young vintage, you shouldn’t go too far wrong ordering whatever you see on a wine list, especially in a restaurant that serve lobster. The danger signs to look for are if the Sancerre is more than two years old, then buyer beware, it could have been badly stored. Freshness is the most important thing I look for in Sancerre. - Bartholomew Broadbent, CEO, Broadbent Selections, San Francisco

Gewurztraminer. Specifically the Domaine Weinbach Cuvée Laurence (Any vintage). Gewurztraminer is a classic accompaniment to lobster, especially boiled lobster. This specific wine is one of my favorites. Noted for its spicy citrus character and bold fruit structure, Domaine Weinbach’s Cuvée Laurence goes one step further and doubles the portions of intensity and flavor. The only thing missing in this wine is the butter, and that should arrive with the lobster. (About $30) – Ben Spencer is a diploma student with the Wine & Spirit Education Trust and an IntoWine Featured Writer.

My father and I used to go Spanish restaurants in Chelsea (New York) for lobster as that was the specialty. Spain now makes some good white wines but 20 years ago they were few and far between so like many a Spaniard, we would drink red wine, usually Rioja, with our decadent one and a half pound freshly steamed lobster. It was not the worst combination but as I matured and started getting into wine, I would often order a glass of white wine, usually a white Rioja.

Maybe it is sentiment but I think that this is the wine that best matches lobster. I am referring to traditional white Rioja here, that is aged in oak barrels for an extended period of time.  Like Montrachet, what other people often recommend with lobster, a good traditional white Rioja has the body to stand up to lobster without overpowering it. What seals the deal is the acidity. Made from Viura, Malvasia, Garnacha Blanco or a combination thereof, white Rioja has piercing acid that will balance lobster’s richness. At the same time, the nutty, vanilla flavors are great with lobster that is drawn in butter, or even without the extra pool of naughtiness.

There is not a ton of white Riojas to be found and some are made in a more modern style where they are aged in stainless steel and released when they are young and fresh. These wines have a place but nowhere near my lobster bib. The wine to get, if you can find it and it should not be too difficult, is Marques de Murrieta Capellania Blanco Reserva, 2003. Made from 40 year old vines, this wine is constantly unfolding. The door opens with sherry like notes of toasted nuts leading the way to McIntosh apples, apple skin and toasted buttered brioche. Silky yet with voluminous body and great structure, it elevates lobster to a new height. Suggested Retail - $30 - Pamela Busch, Owner/Wine Director, CAV Wine Bar & Kitchen, San Francisco

For me, when I think of shell fish and wine matches, the first wine that comes to mind is Muscadet Sèvre et Maine.  From the western end of the Loire valley in France, these are some of the best wines in the world and yet they have been ignored by the mass markets.  I hope that trend continues as the very best of these are world class in quality and still available for $10 to $16 a bottle.  There are two producers in particular to look for.  That said, almost all of the ones I have tried, even the ones you can find in the supermarkets, are good.  The two best producers are

Pierre Luneau Papin and Domaine de la Pepière.  From Papin, look for three different bottlings; Pierre de la Grange (around $11), Clos des Allies (around $13), and the Le D’Or (around $20).  From Pepière, look for their basic bottling (around $10) and the Clos des Briords (around $13).  All five of these wines carry the Muscadet Sèvre et Maine designation.  They are crisp and full of aromas and flavors of crushed sea shells, minerals with a touch of citrus.  The wines have the acidity to cut thru shell fish even if it is dipped in butter.  And, one of the amazing properties of these wines, they can age wonderfully for 10 years, more in the better vintages.  Of recent vintages, I prefer 2002, and 2005, but 2004 and 2006 were just a notch below.  The super hot 2003 vintage was difficult although some nice wines were produced, they will not likely age as well. - Loren Sonkin, IntoWine.com Featured Contributor and the Founder/Winemaker at Sonkin Cellars.

People love lists; they can be a great source of education and discussion. But making a list such as this is not an easy process. Who are the most influential wine people in the U.S., and how exactly do you define ‘influential?’ Does influential mean people who move markets, impact consumers, inspire winemakers, and create debate? In a word, yes. These 100 people, from winemakers to law makers, bankers to bloggers, and sommeliers to celebrities are definitely people who influence wine; how it is made, marketed, perceived, sold, shipped, purchased and shared.
END_OF_DOCUMENT_TOKEN_TO_BE_REPLACED

There is currently a raging debate as to the validity of what an “influencer” is. Who are the most influential wine people in the United States, and how exactly do you define ‘influential?’ Does an influential mean a person who moves markets, impacts consumers, inspires winemakers, forms policy,...
END_OF_DOCUMENT_TOKEN_TO_BE_REPLACED

Our 2013 iteration of this list is intended as a source of education and discussion. The making of this list is never an easy process. Who are the most influential wine people in the United States, and how exactly do you define ‘influential?’ Does influential mean people who move markets, impact consumers, inspire winemakers, form policy, and create debate? Yes. Though some decry the consolidation of the wine industry (and that is an issue worth considering) we are not trying to suggest who is “good” or “bad” within America’s wine industry. We merely define the Top 100 people, from winemakers to law makers, bankers to bloggers, and sommeliers to celebrities who influence wine; how it is made, marketed, perceived, sold, shipped, purchased, shared and consumed. As was true in 2012, we sought help to assemble this list people from a diverse group of people and we are grateful for their input. And we chose to release it today, January 29th, as it was on this day in 1919 when the pathetic policy of Prohibition was ratified; the effects of this lunatic legislation still evident in our country’s inability to ship and sell wine across state lines. We honor winemakers, wine drinkers and wine lovers of every conceivable demographic. Use this list, comment on it, share it with everyone, learn from it, and continue your joy of being IntoWine.
END_OF_DOCUMENT_TOKEN_TO_BE_REPLACED

Ah the ubiquitous list. Everywhere you turn these days there is a top 10, the best 50, or some iteration of a who’s who list. So we can’t resist, besides, our Top 100 Most Influential Wine Industry list scored a lot of buzz, created a lot of chatter and even made a few enemies. This list is all about winemakers, those currently making wine here in America – not the great ones who have come before, but folks who make wines you can find now. There are some 7,000 bonded wineries in the U.S., and there’s a lot of forgettable wine being made. And in a world of homogenization of wine styles and a sense that our domestic wine industry is not legitimate without a French or Italian flare, we desire to promote regional flavor profiles of all American wine craftspeople. There are names here you’ll know and recognize, and names you never heard of but everyone on this list is influencing the public, fellow winemakers and the media in large and small ways. Use this list to learn about wines, varieties and regions you may not have considered; comment on it, share it with everyone, but above all continue your joy of being IntoWine.
END_OF_DOCUMENT_TOKEN_TO_BE_REPLACED

BEST OFF-THE-BEATEN-PATH NAPA TASTING ROOMS After having visited numerous renowned wineries, many of us are looking for the hidden gems within the Napa Valley. Good wines are certainly valued, but the entire experience a winery provides leaves guests wanting to return and telling their friends and family to visit. Each winery listed in this article has some special draw, whether it’s art, architecture, ambiance, gardens or compelling history.
END_OF_DOCUMENT_TOKEN_TO_BE_REPLACED