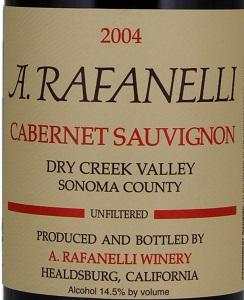 Purple in color.  The nose is very nice with cassis, a bit of barnyard, slight tobacco and dust.  On the palate, this seems to be at peak.  Plenty of fresh cassis fruit but some tertiary development is showing as layers of damp earth, and slight decayed vegetation (in a good way).  Tannins are just about resolved.  It did seem to improve slightly in a decanter as it opened up and blew off a bit of bottle stink.  Nice finish.  Worked well with a nice plate of pasta.  It won't get better from here, and these should probably be drunk in the next five to ten years depending on how you like you Cabs.  If you like them fresh and fruit forward, that ship has already sailed, but if you like them mature and older, just entering that window.

Top 50 California Cabernet Sauvignons to Try Before You Quit Drinking (a non-dump bucket list if you will!)

In putting together a list of the top California Cabernets, there is sure to be some disagreement. I tried to include those wines that have a track record, the wineries still making great wines, those that seemed to have the commitment for the future and some personal favorites. I am sure I left some out. 1. Shafer Vineyards Cabernet Sauvignon Hillside Select – It’s always hard to name the number one wine. But this has a track record that’s very long. Even in less than stellar vintages, it is an outstanding wine. They just don’t seem to make a dud. My only complaint is the price at over $200 a bottle. But, in comparison to other Napa Cabs or elsewhere in the world, this is a fair price.
END_OF_DOCUMENT_TOKEN_TO_BE_REPLACED

Sometimes there are people you encounter in life who, the minute you meet them, you think "This guy has a story to tell and I bet he tells it well." David Vergari is that guy. A veteran winemaker, David launched his own eponymous label, Vergari Wines , in 2003. He recently sat down with IntoWine to share with us his evolution as a winemaker and, most interestingly, the stories "behind the wine". You founded the Vergari Wine Company in 2003. What inspired you to strike out on your own? It happened in two ways: gradually, then quite suddenly.
END_OF_DOCUMENT_TOKEN_TO_BE_REPLACED

A. Rafanelli has built up a loyal following of fans and supporters for the Zins and Cabs (and other wines) and with good reason.  At age 15,. this wine is in a prime spot.  Deep ruby/purple in color, opaque and bright.  The nose is deep with cassis, leather, spice, slight herbal note and tobacco.  Full bodied.  Bright cassis fruit over spice and tobacco.  Complex and deep.  Nice balance.  This is showing some maturity but should easily go another ten to twelve years at this level.  It went great with eggplant parmigiana and would work just as well with a roast. 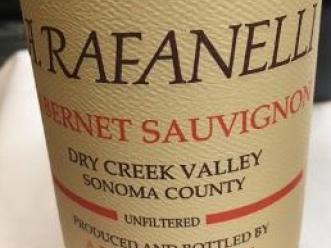 Bottle Shock On May 24, 1976, Steven Spurrier, a British wine merchant hoping to stoke sales at his French-wine-only shop, held a wine competition in Paris. In this competition French judges were invited to blind-taste top chardonnays and cabernet sauvignons from France and California. In an event that would later be dubbed the Judgment of Paris , the California wines –included merely to serve as the “sacrificial lambs” to the supposedly superior French wines- won the competition in a shocking upset. This singular event revolutionized the wine industry and put California on the map as a major world producer of fine wine. This story comes to life on the silver screen for the first time with the film Bottle Shock , starring Bill Pullman, Alan Richman, and Dennis Farina among other notables. I recently chatted with Bottle Shock Co-Writer and Producer Jody Savin about the film. Why this film now? To answer this question in a socio-political sense, I would venture to say that we live in challenging times.
END_OF_DOCUMENT_TOKEN_TO_BE_REPLACED

Purple in color, ruby at the rim, mostly clear and bright.  The nose is very nice with black cherries, cassis, slight spice and slight black olives.  Medium to full bodied.  Light tannins.  On the palate, this is still fresh and vibrant.  Tasty.  Some depth and complexity as it unwinds in the glass.  Great balance.  Good finish.  Drinking well now, it should go another five to seven years with no trouble.  Nice on its own, but better with food.  It worked well with eggplant parmigiana. 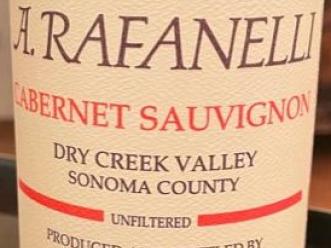