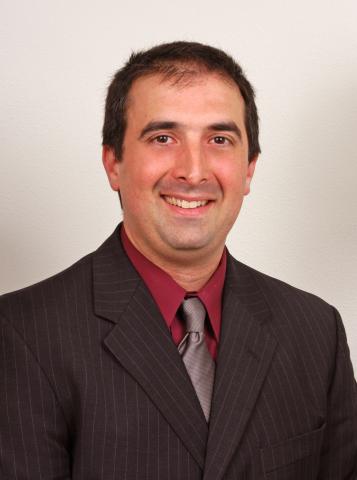 Dr. Robert Eyler is Professor and the Frank Howard Allen Research Scholar of Economics at Sonoma State University (SSU) and the Director of the Center for Regional Economic Analysis at Sonoma State University, as well as Director of SSU’s Executive MBA program. Dr. Eyler specializes in research on macroeconomic and monetary policies, and is finalizing a textbook on monetary and banking topics. His academic work has focused on the economics of the wine industry, monetary policy and theory, derivative markets, and international finance. He heads up the SSU EMBA Program, one of the only kind in the U.S.

How important is it for a new winery to understand the economics of the industry prior to launching another winery? Can’t they just wing it and hope for the best?

The importance of wine industry economics and starting another venture is on three fronts. First, the varietal chosen will imply specific competitive issues. For example, cabernet sauvignon is a difficult varietal to penetrate in terms of global firms, labels, and market crowding. Other varietals are less competitive, but also less lucrative based on branding. Second is the global economic issue. A new venture faces a global marketplace, and the new winery/label needs to consider those issues in terms of pricing and other matters. Finally, the new venture should know the microeconomics of the project in terms of cost of capital, financial market considerations in terms of debt/equity set up of the project, and costs in general. Combining these points should describe the economics of the venture well.

Are there verifiable examples of winery start ups that have ignored “practical” and conventional wisdom and have nonetheless been successful in spite of a lack of understanding of the industry?

Not that I am aware of. I think there are some cult brands/labels which have been monster successes based on tasting scores, cult following, press blitz, that were beyond expectations, but I do not have an example where an ad hoc approach became a goldmine. This industry, at its core, is agricultural with value added manufacturing and marketing, and that takes a lot of work and planning to succeed.

As an economist, what is the economic outlook for 2012 and how do you think it will impact the wine industry?

The global economy has a couple of rough spots. For example, the Chinese economy may see some slowdown (though not recession in 2012), which may slow down wine markets in East Asia. Europe is likely to become more price competitive worldwide as the Euro loses value in 2012 due to the Grecian debt crisis and the potential, lingering issues of new recession and continued debt issues in Europe. That is likely the larger threat to U.S. wineries. In the U.S., continued recovery is forecast for 2012, which means 2012 should be a good year for the wine industry, especially since the U.S. glut of wine has been reversed since 2009.

Trends and predictions are everywhere. How accurate are the predicted trends for the wine industry overall? Can they be counted on to provide an accurate assessment of the future?

Almost every prediction I have seen boils down to supply and demand (of course, from an economist comes that simple answer). However, the grape prices, which drive the bottle prices because there is little mystery about the price of grapes for most wineries, are driven by surpluses and shortages. The recent reset of price points is a function of supply and demand moving more toward excess demand in 2012 (prices rising) from excess supply conditions in 2009-11 (prices falling). They are generally fairly robust (see Steven Cuellar's work at Sonoma State and Sonoma Research Associates for more).

Can you identify national and/or international trends impacting the wine industry?

I think the largest trend (this is not a shocker) is that East Asia's wealth (specifically China, but also Korea, Vietnam, Malaysia, Singapore, etc.) is growing and the wine industry is rising there as a consumer item. It is an endless set of new consumers in all price points, and will be for some time to come. In the U.S., the economic recovery will now need to merge with rising trends in millennial’s consumption of wine, and trends that have been rising over the last decade to be continued as a new generation starts to go to work and earn an income. The Chinese situation is one of the most intriguing and robust opportunities in this industry in recent memory.

Sonoma State University has just launched an EMBA. Why the need for an Executive MBA program for the wine industry?

The wine industry needs leadership in business and for many firms (especially family-run operations), science and non-business backgrounds are showing a need to either hire or get that business education to complete in a global environment. Our program provides a 360-degree look at the wine business to enhance anyone from a winemaker to a vineyard manager to a national sales manager to understand the industry in more depth and breadth. We want to build bench strength with this program, and an MBA can take someone from a mid-level manager and make them GM or CEO material.

Students complete the program as one group. Why the need for a group approach as opposed to the individual and their specific needs?

Our program is meant to be a microcosm of business. For some of these folks, the challenge is to be a part of a group where everyone is in a leadership role currently and try to be a leader among those folks. The students are further broken up into small teams for assignments and further dynamics. There are also many individual assignments; the group and small groups allow people to lean on each other and explore ways to work together analogous to any business.

Your EMBA provides budding wine entrepreneurs a way to have their ideas mentored, shaped, and potentially funded. Is mentoring in the wine industry even widely practiced anymore?

I think mentoring is done in an ad hoc fashion, or through family relationships, more than anything. There is not a specific pool of mentors out there; we will attempt to assemble such a group on behalf of our students.

One of the classes students will take is called Global Wine Operations. How important is it for anyone in the program to understand global operations when the chances are good that more wineries will be regional or perhaps national?

The wine industry has always been global due to the number of wine-growing regions around the world. It has been in the last thirty years where the global aspects of the industry have become more important as new-world regions and wineries have become more prevalent. The global affects the national, especially in the United States. In the UK, the industry is almost completely an import industry, which makes the UK market much more of a global trend watcher than the U.S.

When you were a student at Chico State, did you think you would end up heading an executive MBA program, let alone a wine-intensive one?

No, I expected to be an economics professor, which is what I became. The leadership of the program such as this has a lot psychology in it, which has helped broaden my horizons. I find that I abhor wasting time, and did at Chico State also; this program fits my ethos given its compactness and speed of delivery.

There is currently a raging debate as to the validity of what an “influencer” is. Who are the most influential wine people in the United States, and how exactly do you define ‘influential?’ Does an influential mean a person who moves markets, impacts consumers, inspires winemakers, forms policy,...
END_OF_DOCUMENT_TOKEN_TO_BE_REPLACED

People love lists; they can be a great source of education and discussion. But making a list such as this is not an easy process. Who are the most influential wine people in the U.S., and how exactly do you define ‘influential?’ Does influential mean people who move markets, impact consumers, inspire winemakers, and create debate? In a word, yes. These 100 people, from winemakers to law makers, bankers to bloggers, and sommeliers to celebrities are definitely people who influence wine; how it is made, marketed, perceived, sold, shipped, purchased and shared.
END_OF_DOCUMENT_TOKEN_TO_BE_REPLACED

Our 2013 iteration of this list is intended as a source of education and discussion. The making of this list is never an easy process. Who are the most influential wine people in the United States, and how exactly do you define ‘influential?’ Does influential mean people who move markets, impact consumers, inspire winemakers, form policy, and create debate? Yes. Though some decry the consolidation of the wine industry (and that is an issue worth considering) we are not trying to suggest who is “good” or “bad” within America’s wine industry. We merely define the Top 100 people, from winemakers to law makers, bankers to bloggers, and sommeliers to celebrities who influence wine; how it is made, marketed, perceived, sold, shipped, purchased, shared and consumed. As was true in 2012, we sought help to assemble this list people from a diverse group of people and we are grateful for their input. And we chose to release it today, January 29th, as it was on this day in 1919 when the pathetic policy of Prohibition was ratified; the effects of this lunatic legislation still evident in our country’s inability to ship and sell wine across state lines. We honor winemakers, wine drinkers and wine lovers of every conceivable demographic. Use this list, comment on it, share it with everyone, learn from it, and continue your joy of being IntoWine.
END_OF_DOCUMENT_TOKEN_TO_BE_REPLACED

Ah the ubiquitous list. Everywhere you turn these days there is a top 10, the best 50, or some iteration of a who’s who list. So we can’t resist, besides, our Top 100 Most Influential Wine Industry list scored a lot of buzz, created a lot of chatter and even made a few enemies. This list is all about winemakers, those currently making wine here in America – not the great ones who have come before, but folks who make wines you can find now. There are some 7,000 bonded wineries in the U.S., and there’s a lot of forgettable wine being made. And in a world of homogenization of wine styles and a sense that our domestic wine industry is not legitimate without a French or Italian flare, we desire to promote regional flavor profiles of all American wine craftspeople. There are names here you’ll know and recognize, and names you never heard of but everyone on this list is influencing the public, fellow winemakers and the media in large and small ways. Use this list to learn about wines, varieties and regions you may not have considered; comment on it, share it with everyone, but above all continue your joy of being IntoWine.
END_OF_DOCUMENT_TOKEN_TO_BE_REPLACED

BEST OFF-THE-BEATEN-PATH NAPA TASTING ROOMS After having visited numerous renowned wineries, many of us are looking for the hidden gems within the Napa Valley. Good wines are certainly valued, but the entire experience a winery provides leaves guests wanting to return and telling their friends and family to visit. Each winery listed in this article has some special draw, whether it’s art, architecture, ambiance, gardens or compelling history.
END_OF_DOCUMENT_TOKEN_TO_BE_REPLACED