IntoWine asked our panel of experts to share their recommendations for the best wine to pair with stilton blue cheese:

Many people think Stilton is blue, but it’s not. A nuttier, more mature taste, Stilton needs a special wine. The Lucas and Lewellen Late Harvest Viognier ($24) perfectly matches the pungent Stilton’s texture and strong notes. Late harvests often beat up any food they’re around, too much. But the Lucas and Lewellen is soft, slightly floral nose, mild RS and soft acidity works in concert with the blue to allow it to express itself with the wine pulls back some of the potent flavors with a feminine acidity and honeysuckle flavors. A match made nearly in heaven, these two are like proverbial peas in a pod. - Michael Cervin, Wine Judge, Restaurant Critic, and IntoWine Featured Writer 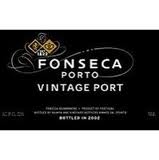 The best wine to pair with stilton bleu cheese is the classic matchup of vintage port.  Vintage ports are more often being made in a style that makes them more accessible.  Back in your grandfather’s day, these wines needed at least 20 years in the cellar and did better with 30 or more years.  Now, they drink better with ten years but can be drunk on release with a long (say 12 hours) decanting.  In my opinion, the three top vintage ports are Fonseca, Taylor’s and Grahams.  Grahams can be a bit sweeter, and Taylor’s is less consistent.  I am recommending a bottle of Fonseca Vintage Port.  The older the better, but even it is young, just give it a good long day in the decanter and enjoy. - Loren Sonkin, IntoWine.com Featured Contributor and the Founder/Winemaker at Sonkin Cellars.

Taurino Le Ricordanze I’d be the first to admit Italy is my last resort for Semillon and Riesling blends. And while I’m confessing, I’d probably say a late harvest, or Passito from the Salento region would have its doubts in my mind as well. But when my lady uncorked this delicious souvenir from Italy it blew our minds.  Reminiscent of the classic Italian dessert wine, Vin Santo, the Le Ricordanze from Taurino exhibits an intense bouquet of raisins and figs and finishes with a combination of tangy honey and crisp minerality. We couldn’t help ourselves and ran out for Stilton. The result was a dreamlike state of silky rich cream and visions of the limestone caves of the Southern Adriatic. - Michael Whitehead, IntoWine Featured Writer

There is currently a raging debate as to the validity of what an “influencer” is. Who are the most influential wine people in the United States, and how exactly do you define ‘influential?’ Does an influential mean a person who moves markets, impacts consumers, inspires winemakers, forms policy,...
END_OF_DOCUMENT_TOKEN_TO_BE_REPLACED

People love lists; they can be a great source of education and discussion. But making a list such as this is not an easy process. Who are the most influential wine people in the U.S., and how exactly do you define ‘influential?’ Does influential mean people who move markets, impact consumers, inspire winemakers, and create debate? In a word, yes. These 100 people, from winemakers to law makers, bankers to bloggers, and sommeliers to celebrities are definitely people who influence wine; how it is made, marketed, perceived, sold, shipped, purchased and shared.
END_OF_DOCUMENT_TOKEN_TO_BE_REPLACED

Our 2013 iteration of this list is intended as a source of education and discussion. The making of this list is never an easy process. Who are the most influential wine people in the United States, and how exactly do you define ‘influential?’ Does influential mean people who move markets, impact consumers, inspire winemakers, form policy, and create debate? Yes. Though some decry the consolidation of the wine industry (and that is an issue worth considering) we are not trying to suggest who is “good” or “bad” within America’s wine industry. We merely define the Top 100 people, from winemakers to law makers, bankers to bloggers, and sommeliers to celebrities who influence wine; how it is made, marketed, perceived, sold, shipped, purchased, shared and consumed. As was true in 2012, we sought help to assemble this list people from a diverse group of people and we are grateful for their input. And we chose to release it today, January 29th, as it was on this day in 1919 when the pathetic policy of Prohibition was ratified; the effects of this lunatic legislation still evident in our country’s inability to ship and sell wine across state lines. We honor winemakers, wine drinkers and wine lovers of every conceivable demographic. Use this list, comment on it, share it with everyone, learn from it, and continue your joy of being IntoWine.
END_OF_DOCUMENT_TOKEN_TO_BE_REPLACED

Ah the ubiquitous list. Everywhere you turn these days there is a top 10, the best 50, or some iteration of a who’s who list. So we can’t resist, besides, our Top 100 Most Influential Wine Industry list scored a lot of buzz, created a lot of chatter and even made a few enemies. This list is all about winemakers, those currently making wine here in America – not the great ones who have come before, but folks who make wines you can find now. There are some 7,000 bonded wineries in the U.S., and there’s a lot of forgettable wine being made. And in a world of homogenization of wine styles and a sense that our domestic wine industry is not legitimate without a French or Italian flare, we desire to promote regional flavor profiles of all American wine craftspeople. There are names here you’ll know and recognize, and names you never heard of but everyone on this list is influencing the public, fellow winemakers and the media in large and small ways. Use this list to learn about wines, varieties and regions you may not have considered; comment on it, share it with everyone, but above all continue your joy of being IntoWine.
END_OF_DOCUMENT_TOKEN_TO_BE_REPLACED

The California Central Coast, identified as Santa Barbara, San Luis Obispo (and its main wine region Paso Robles) and Monterey is California the way it used to be, or at the very least, California the way people want it to be: small towns, charming architecture, varied history of Missions and Indians, and coastlines for miles; a slow pace, clean air and a belief that no one real really works very hard. But the area has been home to grape growing since the Spanish brought vine cuttings from Spain via Mexico in the late 1700s and winemakers and vineyard managers have been working hard ever since. To celebrate this beautiful region IntoWine.com offers these 50 wines that represent the diversity of the California Central Coast.
END_OF_DOCUMENT_TOKEN_TO_BE_REPLACED