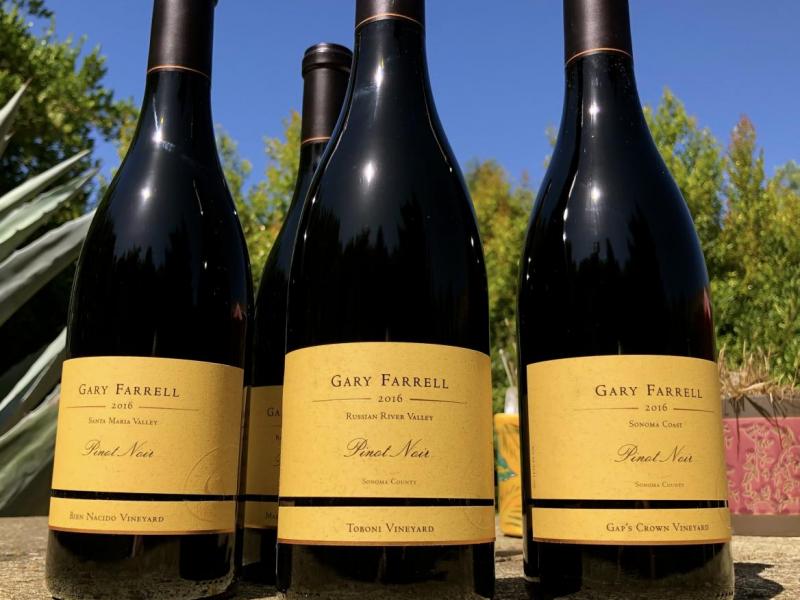 “I want to capture the essence of place,” winemaker Theresa Heredia tells me regarding her diverse portfolio of Pinot Noir. Theresa joined Gary Farrell Winery in 2012. Prior to that she worked at Joseph Phelps’ Freestone Vineyards on the Sonoma Coast, and Domaine de Montille in France. On this particular day several wine writers joined Theresa on Zoom to explore an impressive line-up of her Pinot Noirs focusing on diverse vineyards.

To begin with she works with 36 different vineyard sites – and that’s a lot of work right there. “I’m a huge fan of whole cluster fermentation,” she says though it depends on the vineyard - she feels cooler sites need less whole cluster. She also follows extended maceration between 7-14 days after fermentation, a “steeping period” she calls it, where the wine just sits; there is no stirring, no punch downs or pump overs.

Curiously, during our Zoom one writer boldly said that consumers don’t care about clones, and that even she (that particular writer) didn’t fully understand clonal selection either. I have written about Pinot and site and clonal selection for decades now and almost every winemaker will tell you the same thing Theresa told me: site is more important than clone, it has more influence on the end wine. But I would disagree with the other writer. People want to care, they are indeed curious about the nuances in how a wine comes to be. I’ve run four wine departments and many consumers want to understand clones better. Will a Swan clone from Santa Barbara taste different that a Swan clone from Russian River Valley or Willamette Valley? Absolutely, but therein is the beauty of clones and how they express themselves from different regions. Obviously the vineyard site is crucial - too hot, too cold, poor drainage, what’s actually in the soil, etcetera.

The entire point of this exercise was, frankly, to explore clonal differences and site differences. Some sites Theresa works with produce wildly different sizes of berries – “hens and chicks,” she calls them - small berries are very concentrated, big berries less so. She has an arsenal of clones at her disposal and helped clarify a few of them. “Pommard is classically earthy, juicer with more red fruit,” she notes. Clone 777 tends to be more blue and purple fruit, whereas 667 offers red earthy fruit, and Swan (a personal favorite) is more floral but with less structure to it, which is why often other clones are used to bring more fruit character. Are they subtle? Yes and no. Both a place and clone have a greater disposition on Pinot Noir than other grape, Cabernet for example, and the beauty of this tasting exercise was to examine how both worked in the glass. The point? Go explore, learn about not just AVAs, but sub-AVAs and even different blocks within the same vineyard. Ask questions. The variety of these Gary Farrell Wines (there are more Pinot’s than shown here) is a great place to start. Below are a few notes on specific wines.

Bien Nacido is the single most well-known and respected vineyard site in Santa Barbara County, and these grapes come from the equally well-known Q Block. Pommard, clone 777, which has “a mystery spice” to it Theresa says, make up the wine. There are beautiful notes of cranberry, green tea, pomegranate. Theresa used just 20% whole cluster for this fermentation.

Vacillating between tart and sweet, this has a strong acidity running through it, offering rich strawberry, black cherry, pomegranate, rhubarb with subtle green tea and hints of cola.

Earthy and spicy, it helps frame the fruit of macerated strawberry, black cherry, a little lighter on the acidity but with a handsome viscosity.

This wine shows a little more jamminess than the others. It comes from the heart of the Russian River Valley, a 42-acre Pinot site heavily blanketed with morning fog. It is rich and deep, emphasizing black cherry, boysenberry and blackberry notes.

These grapes get more sun exposure because of their 1,400 feet elevation. She use clones 777, and Calera, which “is the most complete clone I work with. It’s got great structure and concentration, interesting savory qualities,” Theresa says. There’s an interesting salinity to due to its proximity to the Pacific Ocean. Notes of blackberry, violets and black cherry.

In California the best-known Pinot Noir producing area is, by far, Sonoma’s Russian River Valley. In Oregon it’s the Willamette Valley. The Willamette has just under 16,000 acres of Pinot Noir planted. The next most planted grape here? Pinot Gris, with less than 4,000 acres, so Pinot Noir is...
END_OF_DOCUMENT_TOKEN_TO_BE_REPLACED 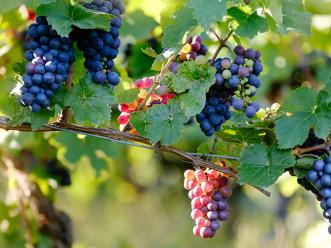 Pondering Pinot Noir: Is the Grape Really That Good?

Imagine your friends describe you as “ethereal, finicky, difficult, sensitive, troublesome,” and even “persnickety.” This might prompt you to read a number of self-help books – but Pinot Noir is OK with itself. At the 2019 iteration of the World of Pinot Noir, a celebration of all Pinot all the...
END_OF_DOCUMENT_TOKEN_TO_BE_REPLACED 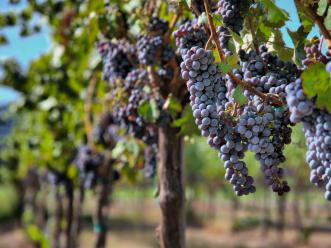 California unequivocally makes great Pinot Noir. But who makes it better? Santa Barbara’s Santa Maria Valley AVA, or their northern brothers in Monterey’s Santa Lucia Highlands AVA? Well, it’s really a tale of two regions, vastly different yet surprisingly similar, but each with their own...
END_OF_DOCUMENT_TOKEN_TO_BE_REPLACED 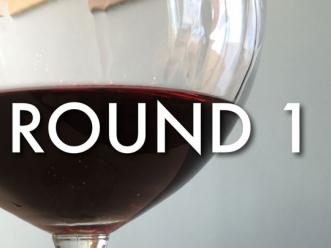 California has actually been making outstanding wines from the Pinot Noir grape for a long time. Sure, not long in the Burgundian sense but going back at least to the middle of the last century there were good bottles of Pinot Noir being produced in California. Not many to be sure, but there were some. Starting slowly, in the 1990’s, and then exploding when the movie Sideways came out, there are now more and more offerings of good to excellent Pinot Noir being produced in California.
END_OF_DOCUMENT_TOKEN_TO_BE_REPLACED