Pinot Rocks: A Winding Journey Through Intense Elegance by Michael Browne Michael Browne was one half (along with Dan Kosta) of the team who created and brought you Kosta Browne wines, mostly famous for their Pinot Noirs. This is an autobiography of sorts that takes the reader thru his childhood...
END_OF_DOCUMENT_TOKEN_TO_BE_REPLACED 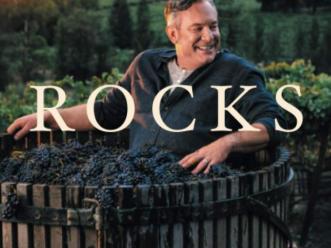 When talk turns to Napa Valley royalty, Robert Mondavi and the Mondavi family indisputably qualify as the ruling monarchy of the Napa Valley –and frankly the US- wine industry. With an almost biblical or Shakespearean flair, the Mondavi family story of the last 100 years is one of passion, pettiness, family squabbling, wild success, dramatic failure, and of course, wine. In her new book, The House of Mondavi: The Rise and Fall of an American Wine Dynasty , author Julia Flynn delivers a masterful narrative on the Mondavi clan. IntoWine.com recently had the privilege of chatting with Julia about the book and the evolution of the Mondavi family story.
END_OF_DOCUMENT_TOKEN_TO_BE_REPLACED

California wine has a long history (by U.S. standards), though a short one compared to the great Italian and French wine traditions. Since prohibition was repealed in the 1930's, California wine has grown bigger and better. It not only produces some of the finest wine in the world, it is also one of the leading producers of wine in terms of volume. It has been widely quoted that if California were an independent nation, it would be the fourth largest wine producing nation in terms of volume. California is a big place with many wine regions. The five books listed below are but a small sample of the books available about California wine. Each however offers a different glimpse into California wine and is worth checking out for anyone who considers themselves "into" wine. Sonoma County Wineries - Images of America Sonoma County Wineries - Images of America , by Thomas Maxwell-Long, is a detailed visual perspective of Sonoma County's wine industry heritage. Wine Spectator's California Wine , by James Laube, is Wine Spectator's companion to California wine. Published in 1999, it contains detailed descriptions and ratings for over 5,000 California wines with tasting notes and in-depth profiles on more than 700 California wineries, A Very Good Year: The Journey of a California Wine from Vine to Table , by Mike Weiss. Published in 2005, this "behind the scenes look at the making of a premium California wine" takes the reader all the way through the wine making process; from the picking of the grapes by migrant farm workers to the first tasting at the Four Seasons. A Companion to California Wine: Encyclopedia of Wine and Winemaking from the Mission Period to the Present , by Charles Sullivan, traces the Golden State's wine industry from its mission period and Gold Rush origins down to last year's planting and vintage statistics. All aspects of wine are included, and wine production from vine propagation to bottling is described in straightforward language. In the shadow of Sonoma County, Russian River Valley produces award-winning chardonnay and pinot noir wines in additon to other wine varietals, and is home to many small and several large commercial wineries. Steve Heimoff takes a comprehensive look at what is an often over looked wine region in his 2005 book, A Wine Journey Along the Russian River .
END_OF_DOCUMENT_TOKEN_TO_BE_REPLACED

A Wine Journey Along the Russian River by Steve Heimoff

Steve Heimoff takes readers on an intimate and enlightening tour of one of California's most diverse and accomplished wine areas as he travels along the Russian River and talks with growers and vintners from the Cabernet country of the Alexander Valley to the Pinot Noir producers of the Sonoma coast.
END_OF_DOCUMENT_TOKEN_TO_BE_REPLACED

A Companion to California Wine: Encyclopedia of Wine and Winemaking from the Mission Period to the Present by Charles Sullivan

California is the nation's great vineyard, supplying grapes for most of the wine produced in the United States. The state is home to more than 700 wineries, and California's premier wines are recognized throughout the world. But until now there has been no comprehensive guide to California wine and winemaking.
END_OF_DOCUMENT_TOKEN_TO_BE_REPLACED

A Very Good Year: The Journey of a California Wine from Vine to Table by Mike Weiss

A Captivating, Behind-the-Scenes Look at the Making of a Premium California Wine Situated amidst the lush soils of Sonoma County in the heart of California's wine country, the Ferrari-Carano Vineyards produce some of the best-loved wines in America. Founded by casino mogul Don Carano and his wife Rhonda just over twenty years ago, the winemaker has won praise from consumers and connoisseurs alike for its affordably priced premium bottles, particularly its Fume Blanc.
END_OF_DOCUMENT_TOKEN_TO_BE_REPLACED

This fully revised edition from the senior editor of a trusted wine authority features descriptions and ratings for 5,000 California wines. Included are tasting notes and in-depth profiles on more than 700 California wineries, along with starred ratings and details on history, vineyards, and...
END_OF_DOCUMENT_TOKEN_TO_BE_REPLACED

Beginning in 1857 with Buena Vista Winery, Sonoma became one of the preeminent winemaking regions in the world. Chronicled here in 128 pages of over 200 vintage images is Sonoma's wine producing history, covering its many wineries, vineyards, towns, and townsfolk that grew up alongside the development of this fantastic enterprise.
END_OF_DOCUMENT_TOKEN_TO_BE_REPLACED