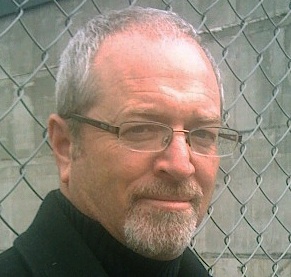 Tom Wark has been in the public relations wine business since 1990 and has become a force to be reckoned with. In addition to his promotion of the industry as a whole, his blog, Fermentations, has become for many, a daily reading ritual where he covers the wine business, wine communications and public relations. He is the founder of the American Wine Blog Awards as well as one of the founders of the Wine Bloggers Conference. In addition, Wark regularly appears at industry conferences as a panelist and moderator covering subjects as diverse as small winery marketing, blogging, social media and the politics of wine.

Had you not become involved in the wine industry as PR professional and blogger, where do you think you’d be right now?

Well, first I got involved in the wine industry as publicist, the blogging came later. That said, I’d likely be involved in politics. I investigated politics fairly thoroughly coming out of college. I was deterred from the profession, believe it or not, by politicians and consultants I met with who suggested that life as a political activist or consultant is not the best life…by a long shot. Still, I think I would have found myself in that realm despite the advice. I was saved by wine.

What wine varieties would you like to see the public embrace more fully, and why those specific varieties?

The varieties that my clients produce…for the obvious reasons.

No system of rating wines that I know of is more consumer friendly. That is, no system is as easily understood by the average wine consumer than the 100 point system. Its ubiquity has meant that more consumers have had the means of examining their wine choices within a context they can wrap their head around. Ratings of wines, including the 100 Point Scale will stay with us for the foreseeable future as the primary means of comparing the astounding number of wines we have to choose from.

Rising wine alcohol levels in U.S. and foreign wines are a hot topic these days in wine circles. What are your thoughts on the subject?

Honestly, my opinion is that I prefer lower alcohol wine for the simple reason I can drink more of it without getting too drunk.

Uniformly, where are the best wines coming from, regionally, within the U.S.? And outside of the U.S.?

I’d say two regions are producing the best wines today: The Old World and the New World. Sorry for the sarcasm. What does “best” mean? When it comes to wine there are objective criteria that speak to what basic characteristics a serviceable wine ought to posses. For example, generally it ought not be oxidized. But this is a low bar, isn’t it. I’ve tasted wines that I simply did not enjoy, did not like, would not buy and didn’t want more of. Yet, they were wines that were hailed as great. Quality is subjective idea. With that said, seems to me you have to work pretty hard these days to find bad wine.

Do wine writers, wine magazines and wine blogs commit a disservice to consumers by over-rhapsodizing about intricacies in wine most consumers don’t care about? (yeast strains, volatile acidity, clone selection, etc.) Or is the minutia about wine nonetheless important to their wine understanding and enjoyment?

Very few people read about wine. Those that do are either trying to learn or are indulging in their passion. The intricacies and minutia is what is really interesting about wine. Writers that explore the minutia of wine and winemaking and drinking produce the most interesting and useful results. While there is room for beginners’ articles and books, they are rarely interesting to anyone that knows much about wine for the obvious reasons.

As a public relations professional in the wine industry, what is the greatest mistake you see that wineries make in trying to promote themselves?

The biggest mistake I’ve seen wineries in particular make is believing that what they are doing is more important or more significant that what other wineries are doing. The release of a new wine is rarely news. The real key to promoting one’s wines and brand is finding some real point of differentiation that the media and consumers will find worthy of note. That’s not an easy thing to do. It takes creative thinking. The other mistake is not understanding that to drive your brand message home it must be delivered over and over and over and over again.

With wine being such a common beverage, why have we still not overcome the punitive legislation which limits wine from being shipped anywhere across the U.S.?

Because the state-mandated three tier system that still exists in most states amounts to government welfare for wholesalers who then use their guaranteed profits to buy legislative favor that results in a number of anti-consumer laws. The idea of state-mandated use of wholesalers is one that communist and Marxist economists would embrace fully.

It seems as if the wine industry is going the way of the economy in that wine prices increasingly show a financial disparity; the wealthy can afford a $100 Cab, while most consumers are dolling out $10 for another Cab. With so many wines on the market from every corner of the globe, can the wine industry as a whole sustain itself in the long run?

Yes it can. And yes it will. The future of the American wine marketplace is extraordinarily bright. The Baby Boomers continue to buy super premium wines. At the same time, the younger generations have and will continue to embrace wine. Combine this with the diversification of the American palate and you see that this will sustain the diversity of wine styles that exist in the marketplace. The wine industry will flourish over the next 25 years with consumption increasing all the way through that timeline.

People love lists; they can be a great source of education and discussion. But making a list such as this is not an easy process. Who are the most influential wine people in the U.S., and how exactly do you define ‘influential?’ Does influential mean people who move markets, impact consumers, inspire winemakers, and create debate? In a word, yes. These 100 people, from winemakers to law makers, bankers to bloggers, and sommeliers to celebrities are definitely people who influence wine; how it is made, marketed, perceived, sold, shipped, purchased and shared.
END_OF_DOCUMENT_TOKEN_TO_BE_REPLACED

There is currently a raging debate as to the validity of what an “influencer” is. Who are the most influential wine people in the United States, and how exactly do you define ‘influential?’ Does an influential mean a person who moves markets, impacts consumers, inspires winemakers, forms policy,...
END_OF_DOCUMENT_TOKEN_TO_BE_REPLACED

Our 2013 iteration of this list is intended as a source of education and discussion. The making of this list is never an easy process. Who are the most influential wine people in the United States, and how exactly do you define ‘influential?’ Does influential mean people who move markets, impact consumers, inspire winemakers, form policy, and create debate? Yes. Though some decry the consolidation of the wine industry (and that is an issue worth considering) we are not trying to suggest who is “good” or “bad” within America’s wine industry. We merely define the Top 100 people, from winemakers to law makers, bankers to bloggers, and sommeliers to celebrities who influence wine; how it is made, marketed, perceived, sold, shipped, purchased, shared and consumed. As was true in 2012, we sought help to assemble this list people from a diverse group of people and we are grateful for their input. And we chose to release it today, January 29th, as it was on this day in 1919 when the pathetic policy of Prohibition was ratified; the effects of this lunatic legislation still evident in our country’s inability to ship and sell wine across state lines. We honor winemakers, wine drinkers and wine lovers of every conceivable demographic. Use this list, comment on it, share it with everyone, learn from it, and continue your joy of being IntoWine.
END_OF_DOCUMENT_TOKEN_TO_BE_REPLACED

Ah the ubiquitous list. Everywhere you turn these days there is a top 10, the best 50, or some iteration of a who’s who list. So we can’t resist, besides, our Top 100 Most Influential Wine Industry list scored a lot of buzz, created a lot of chatter and even made a few enemies. This list is all about winemakers, those currently making wine here in America – not the great ones who have come before, but folks who make wines you can find now. There are some 7,000 bonded wineries in the U.S., and there’s a lot of forgettable wine being made. And in a world of homogenization of wine styles and a sense that our domestic wine industry is not legitimate without a French or Italian flare, we desire to promote regional flavor profiles of all American wine craftspeople. There are names here you’ll know and recognize, and names you never heard of but everyone on this list is influencing the public, fellow winemakers and the media in large and small ways. Use this list to learn about wines, varieties and regions you may not have considered; comment on it, share it with everyone, but above all continue your joy of being IntoWine.
END_OF_DOCUMENT_TOKEN_TO_BE_REPLACED

BEST OFF-THE-BEATEN-PATH NAPA TASTING ROOMS After having visited numerous renowned wineries, many of us are looking for the hidden gems within the Napa Valley. Good wines are certainly valued, but the entire experience a winery provides leaves guests wanting to return and telling their friends and family to visit. Each winery listed in this article has some special draw, whether it’s art, architecture, ambiance, gardens or compelling history.
END_OF_DOCUMENT_TOKEN_TO_BE_REPLACED