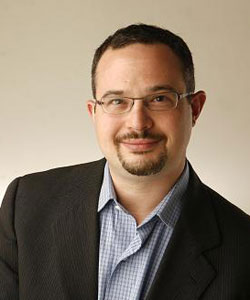 Jon Bonné is The San Francisco Chronicle’s wine editor, responsible for the paper’s wine and spirits coverage and the annual Top 100 Wines list. Before coming to The Chronicle, Bonné was lifestyle editor and wine columnist for MSNBC.com and lived in New York. His work has earned him two James Beard awards and multiple awards from the Association of Food Journalists. Previously Bonné was wine columnist for Seattle Magazine and has written about wine for Food & Wine, Decanter, Saveur, and the Art of Eating. He has also reported for The New York Times, Court TV, and National Public Radio, and is working on a book about California wine.

What wine varieties would you like to see the public embrace more fully?

So many Italian white varieties should be better known. Vermentino could be a star in California. Ribolla Gialla. Friulano. Grechetto. Timorasso. Ditto Portuguese varieties, but we’re much earlier on the curve. What else? Grenache. It’s everything that people claim to want in red wine, and it doesn’t have Syrah’s years of baggage. For that matter, let’s add Grenache Blanc to the list. It’s remarkably user-friendly.

Much has been written and debated concerning the 100 point rating scale. Some say it empowers consumers, others claim it distorts wine prices, while still others say it has actually changes the quality of wines being produced. What do you see as the pluses and minuses, if any, of the 100 point rating system?

What I think is irrelevant. It’s a fact of life right now. Consumers desired a system to rank wines, a few publications stepped up with 100 points, and the concept took. I finally succumbed to using 100 points for my personal tasting notes because it was more comparatively relevant, and precise, than the endless series of decimal points and hash marks and brain twisters I attempted to use along the way. The bigger question is this: Will the 100-point system be relevant 10 years from now? It’s a system that was essentially created by, and for, Boomers. As their role in the market diminishes, I doubt subsequent generations will care much if a wine got a 94. They want authenticity and context.

Rising wine alcohol levels in U.S. and foreign wines are a hot topic these days in wine circles. What are your thoughts on the subject?

Not to poke holes in the red balloons of the high-alcohol apologists, but the alcohol discussion is here to stay. Consumers care. Wine buyers care. More and more frequently, winemakers care. That became evident when we decided in April to start printing alcohol levels with our reviews. I think that alcohol is an imperfect way to judge a wine. But it does give you a good sense of a winemaker’s intentions. There are relatively few grapes that manifest higher alcohols in a balanced state; Grenache, for instance, can pull off 15 percent in some regions. But as the alcohol conversation has evolved into a discussion of balance, I think it’s important to differentiate “balance” as a legitimate idea from an excuse to use overripe grapes. Balance, for instance, cannot exist in a wine that requires an acid addition or reverse osmosis. It’s never a good idea to set arbitrary rules for acceptable alcohol levels. But the conversation about alcohol is obscuring the conversation we’re not having, which is about the many other problematic winemaking issues that have become standard practice. When we finally start having a useful discussion about those things, the alcohol discussion will taper away.

Your paper and others have capitalized on the public’s fascination with wine, its mystique and allure. The average consumer still feels intimidated by wine and wine-speak. Are publications like the Chronicle partly responsible for the prevalent feeling among consumers that wine is somehow beyond their comprehension?

If we’re going point fingers at the idea that wine is pretentious, let’s start with the spread of overpriced, mass-produced wine sold as an aspirational luxury. I’ll borrow a phrase from a conversation with a fellow writer a few days ago: You write up to your audience, not down. If sportswriters had to explain a two-point conversion every time they mentioned it, we’d all die of boredom. That’s not an excuse to fall into jargon. But there is no shortage of amateur wine criticism out there that doesn’t contribute to the conversation.

Is the role of the sommelier over rated?

The risk among sommeliers nowadays is that the job becomes a vehicle for collecting a bunch of lapel pins and initials after your name. But a sommelier can play such a crucial part in a restaurant. What’s their job? To build a great collection of wine, and then share it with customers. They’re there to delight us and hopefully educate us a little bit along the way. They’re there to create special moments. Can hubris interfere with that? Sure. But let’s not let a few egoists ruin the amazing sommelier culture that this country now enjoys.

The Chronicle’s Wine Competition has been a major force in wine competitions and winning a prominent medal here is hugely important. Do wine competitions truly offer any value to the wineries (other than bragging rights) and more importantly, to the consumer?

That’s a better question for wineries and consumers. I’m more concerned with the value of my editorial recommendations.

What is the biggest concern that your readers have as it relates to wine, ordering wine or buying wine?

They want value for their money.

Do wine writers, wine magazines and wine blogs commit a disservice to consumers by over-rhapsodizing about intricacies in wine most consumers don’t care about? (yeast strains, volatile acidity, clone selection, etc.) Or is the minutia about wine nonetheless important to their wine understanding and enjoyment?

There are always writers who can’t see the forest for the trees. If anything, the problem is usually the opposite: too much writing that can’t properly explain these details or why they matter. People should always be striving to learn more about what makes wine great, why they like what they drink. But successful education is about providing context. If we spend all day talking about black cherry and cedar, we’re doing nothing to explain the timelessness of wine.

It seems as if the wine industry is going the way of the economy in that wine prices increasingly show a financial disparity; the wealthy can afford a $100 Cab, while most consumers are dolling out $10 for another Cab. With so many wines on the market from every corner of the globe, can the wine industry as a whole sustain itself in the long run?

Of course. There will be a shakeout at some point, as there always is. But people love wine - far more now than 20 years ago. The challenge for the California industry is to start making great, honest wines at $12 or $15. That’s the real competition from the rest of the world.

What is the best part of your job?

Winemakers are some of the most interesting, most cultured, most thoughtful people in the world. I get to talk to them every day. What’s not to love about that?

People love lists; they can be a great source of education and discussion. But making a list such as this is not an easy process. Who are the most influential wine people in the U.S., and how exactly do you define ‘influential?’ Does influential mean people who move markets, impact consumers, inspire winemakers, and create debate? In a word, yes. These 100 people, from winemakers to law makers, bankers to bloggers, and sommeliers to celebrities are definitely people who influence wine; how it is made, marketed, perceived, sold, shipped, purchased and shared.
END_OF_DOCUMENT_TOKEN_TO_BE_REPLACED

There is currently a raging debate as to the validity of what an “influencer” is. Who are the most influential wine people in the United States, and how exactly do you define ‘influential?’ Does an influential mean a person who moves markets, impacts consumers, inspires winemakers, forms policy,...
END_OF_DOCUMENT_TOKEN_TO_BE_REPLACED

Our 2013 iteration of this list is intended as a source of education and discussion. The making of this list is never an easy process. Who are the most influential wine people in the United States, and how exactly do you define ‘influential?’ Does influential mean people who move markets, impact consumers, inspire winemakers, form policy, and create debate? Yes. Though some decry the consolidation of the wine industry (and that is an issue worth considering) we are not trying to suggest who is “good” or “bad” within America’s wine industry. We merely define the Top 100 people, from winemakers to law makers, bankers to bloggers, and sommeliers to celebrities who influence wine; how it is made, marketed, perceived, sold, shipped, purchased, shared and consumed. As was true in 2012, we sought help to assemble this list people from a diverse group of people and we are grateful for their input. And we chose to release it today, January 29th, as it was on this day in 1919 when the pathetic policy of Prohibition was ratified; the effects of this lunatic legislation still evident in our country’s inability to ship and sell wine across state lines. We honor winemakers, wine drinkers and wine lovers of every conceivable demographic. Use this list, comment on it, share it with everyone, learn from it, and continue your joy of being IntoWine.
END_OF_DOCUMENT_TOKEN_TO_BE_REPLACED

Ah the ubiquitous list. Everywhere you turn these days there is a top 10, the best 50, or some iteration of a who’s who list. So we can’t resist, besides, our Top 100 Most Influential Wine Industry list scored a lot of buzz, created a lot of chatter and even made a few enemies. This list is all about winemakers, those currently making wine here in America – not the great ones who have come before, but folks who make wines you can find now. There are some 7,000 bonded wineries in the U.S., and there’s a lot of forgettable wine being made. And in a world of homogenization of wine styles and a sense that our domestic wine industry is not legitimate without a French or Italian flare, we desire to promote regional flavor profiles of all American wine craftspeople. There are names here you’ll know and recognize, and names you never heard of but everyone on this list is influencing the public, fellow winemakers and the media in large and small ways. Use this list to learn about wines, varieties and regions you may not have considered; comment on it, share it with everyone, but above all continue your joy of being IntoWine.
END_OF_DOCUMENT_TOKEN_TO_BE_REPLACED

BEST OFF-THE-BEATEN-PATH NAPA TASTING ROOMS After having visited numerous renowned wineries, many of us are looking for the hidden gems within the Napa Valley. Good wines are certainly valued, but the entire experience a winery provides leaves guests wanting to return and telling their friends and family to visit. Each winery listed in this article has some special draw, whether it’s art, architecture, ambiance, gardens or compelling history.
END_OF_DOCUMENT_TOKEN_TO_BE_REPLACED