Zillah, Washington State, 1994. I was completely disoriented. It was hot. I was standing in a dry, semi – desert terrain, but looking west, I saw glacier capped Mt. Rainier.

The roads weren’t paved, the wineries badly marked. Tasting rooms consisted of folding tables in the corners of barrel rooms, or in the family rec room with 1970’s shag carpeting. Often, I had to ring an outdoor bell to bring someone in from the fields to pour tastes.

As I sent the clapper swinging in another winery, I thought to myself “You’re not in Napa anymore, Toto.”

But the wines were good. In some cases, very good. And they’ve only gotten better.

At that time, Washington was a confused adolescent in the wine world, unsure if it’s identity. It’s still a little confused, but it’s strengths are becoming clearer. Cabernet Sauvignon, Merlot, Riesling are emerging as leaders.

That first trip was my chance to explore and start making up my own mind. A habitual red wine drinker, I leaned towards Cabernet Sauvignon, and I was not disappointed. My research uncovered a winery just north of Zillah called Portteus, and I was eager to explore.

The scenery was new to me. As I drove east from Seattle, I crossed the Cascade Mountains, and then dropped down to an arid valley. Up and over another pass, and I descended into the Yakima area. Less than two hours from home, I was in completely different terrain.

I remember driving on dusty roads, which were actually a few feet below the vineyards. Red Tailed Hawks and Kestrels circled, looking for lunch. I missed the turnoff to Portteus because the sign was so tiny, and only about 6 inches off the ground.

I found it on my second swing around, and made the sharp left turn onto the vineyard property. I slowly drove past an old farmhouse and parked by a nondescript building.

This was one of the wineries where I had to ring the bell. A tall man in dusty work clothes came around the corner, wiping his hands on a rag. “Do you want to taste?” he asked. I said “Yes!” and he opened the door to the cask room.

He turned out to be Paul Portteus, the owner, and he proudly poured his wines. The others were good, but the Cabernet was incredible. Deeply garnet colored with velvety tannins, this wine was rich with blackberries, dark chocolate and licorice on the palate. The fruit was restrained, and there was an appealing earthiness to the wine. It was definitely more in the Old World style, and I liked it. I couldn’t say anything; I just sipped and looked at him with a smile. It didn’t seem proper to kiss the vintner, so I refrained. Instead, I just bought a whole case.

I’ve been drinking Paul’s Cabernet for 12 years now, and was chagrined to see his labeling change a few years ago. My favorite Cabernet is now labeled “Old Vine”. Planted in 1982, these vines are now 25 years old, and the wine is better than ever. I love it, but since I’ve been drinking this wine for so long, this labeling does make me feel just a little old myself.

To me, this is a perfect steak wine, and is the basis for the perfect winter meal. Sometimes I curl up with a book, a glass of Cabernet and a plate of stinky cheeses and just sip, nibble and read away the afternoon.

Other times I like to have it with a good steak. There’s ranch about 2 hours North of Seattle called Skagit River Ranch, they raise their animals organically, and grass feed the cows. Luckily for me, they sell their meat at many of the farmer’s markets here in Seattle, so it’s easy to throw together a great meal.

We can’t grill outside in the winter (the rain puts the coals out!), so I cook the steak in my good old cast iron pan, mash some potatoes and sauté fresh greens with garlic. Sometimes, I top the steak with a creamy gorgonzola.

Then I sit there, listening to the wild winds blow, watching the sideways slanting rain and eat my crispy edged rare steak, sipping this luscious, earthy wine. It’s worth every mile I drive to get this wine, and I’ll do it again soon.

From the younger vines in the Champoux vinyard, hence the name (although the vines are around 30 by this time).  A delicious Washington state Cab from an Oregon producer.  Purple in color.  The nose has cassis, slight bell pepper (in a good way), leather and spice.  On the palate, this is full bodied and bold.  Firm tannins.  Deep but tightly wound.  Lots of cassis and black cherry fruit.  Nice finish.  This needs some time and should peak in another ten years or so.  There is some upside. 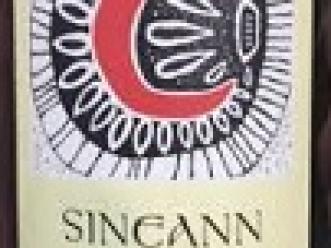 Purple in color.  The nose has some black raspberries and spice.  On the palate, this is solid.  Not a ton of depth.  Some tart boysenberry flavors.  Mild tannins.  Finishes slightly hot.  Again, a solid wine if the price is right.