A popular appetizer for a reason, crab cakes maintain numerous enthusiastic followers. Two innovators, Tom Douglas and Shelley Lance, even wrote the book: I Love Crab Cakes! 50 Recipes for an American Classic. An ongoing battle rages over who produces the best examples in Baltimore, but others swear by those hailing from the Carolinas.

At any rate, these are little lumps of heaven, normally fried and comprising crab meat, bread crumbs, eggs, milk, onion and seasonings. Although no one knows definitively how crab cakes (deemed by some to be an American dish) came to the United States, some believe the English introduced them to early settlers.

However, the practice of joining meat with other ingredients to form patties dates back to ancient times, according to food historians. The scarcity of these meats drove folks to stretch what they had. Here in the United States, crab cakes are normally associated with Maryland, although devotees can be found in any place in the country with a healthy crab industry: mid-Atlantic states, Gulf Coast, Pacific Northwest and the northern California coast.  Here are our experts' picks for the best wine to pair with this traditional American dish:

My company recently provided an educational wine reception for a very large financial institution at the City Club of San Francisco. I knew ahead of time that crab cakes would be a menu item, so I immediately began tasting through several Napa Valley Chardonnays to find one that had the richness of butter but also a little sweetness, which I assumed would pair well with the sweetness in the crab. I chose Rombauer Chardonnay, which is always a crowd pleaser. When we arrived the night of the event, I was a bit concerned, as the crab cakes had a dab of spicy sauce on top, but after tasting both the wine and the cake, I knew the wine could handle the pairing. Rombauer Chardonnay is now my wine of choice for crab cakes, with or without the sauce! – Roxanne Langer, Founder and Wine Educator, WineFUNdamentals, Penryn, CA 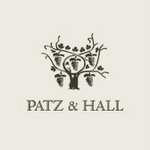 Ok, no brainer, and not so hip to say, but California Chardonnay is delicious with crab and the weight of the cakes. Something moderately oaked, like Patz & Hall or Chappellet, come to mind. – Chris Blanchard, Master Sommelier, Chappellet Winery, St. Helena, CA

Dungeness is the only crab in my world!  Being a Northern California native, I pick Dungeness crab over the other varieties. My husband Mark is an amazing chef who prides himself in highlighting the fresh flavors of the ingredients. He continually wows our guests with his crab cakes, which have a touch of mayonnaise, panko bread crumbs and old bay seasoning – just enough to hold the delicate crab meat together. The crab cakes are sautéed in a small amount of oil until golden brown on each side and served with a salad of thinly sliced red onion and fennel. My wine of choice with this dish is the 2005 Terre Rouge Roussane from the Sierra Foothills. The richness of the stone fruit flavors and crisp citrus balance beautifully with the sweet crabmeat and herbaceous fennel. – Tracey Berkner, Owner and Sommelier, Taste Restaurant, Plymouth, CA & The Union Pub & Inn, Volcano, CA

One of my favorite times to live in the bay area is the fall, when crab season is in full swing. There is something fun about drinking wine that reminds you of springtime in the middle of winter – it is so refreshing. With crab cakes, I like the 2007 Terlato Pinot Grigio Russian River Valley. This wine is aromatic, sensuous and seductive with so much going on in the nose and on the palate. Its complexity coupled with a refreshing crispness make this pinot grigio quite elegant.The delicate flavor and texture of the crab is not lost with the Terlato, but enhanced. The wine has just a hint of barrel aging which adds a subtle richness. – Gregg Lamer, Wine Educator, Vino Five-O ~ The Premium Wine Outlet, Napa, CA

There is currently a raging debate as to the validity of what an “influencer” is. Who are the most influential wine people in the United States, and how exactly do you define ‘influential?’ Does an influential mean a person who moves markets, impacts consumers, inspires winemakers, forms policy,...
END_OF_DOCUMENT_TOKEN_TO_BE_REPLACED

People love lists; they can be a great source of education and discussion. But making a list such as this is not an easy process. Who are the most influential wine people in the U.S., and how exactly do you define ‘influential?’ Does influential mean people who move markets, impact consumers, inspire winemakers, and create debate? In a word, yes. These 100 people, from winemakers to law makers, bankers to bloggers, and sommeliers to celebrities are definitely people who influence wine; how it is made, marketed, perceived, sold, shipped, purchased and shared.
END_OF_DOCUMENT_TOKEN_TO_BE_REPLACED

Our 2013 iteration of this list is intended as a source of education and discussion. The making of this list is never an easy process. Who are the most influential wine people in the United States, and how exactly do you define ‘influential?’ Does influential mean people who move markets, impact consumers, inspire winemakers, form policy, and create debate? Yes. Though some decry the consolidation of the wine industry (and that is an issue worth considering) we are not trying to suggest who is “good” or “bad” within America’s wine industry. We merely define the Top 100 people, from winemakers to law makers, bankers to bloggers, and sommeliers to celebrities who influence wine; how it is made, marketed, perceived, sold, shipped, purchased, shared and consumed. As was true in 2012, we sought help to assemble this list people from a diverse group of people and we are grateful for their input. And we chose to release it today, January 29th, as it was on this day in 1919 when the pathetic policy of Prohibition was ratified; the effects of this lunatic legislation still evident in our country’s inability to ship and sell wine across state lines. We honor winemakers, wine drinkers and wine lovers of every conceivable demographic. Use this list, comment on it, share it with everyone, learn from it, and continue your joy of being IntoWine.
END_OF_DOCUMENT_TOKEN_TO_BE_REPLACED

Ah the ubiquitous list. Everywhere you turn these days there is a top 10, the best 50, or some iteration of a who’s who list. So we can’t resist, besides, our Top 100 Most Influential Wine Industry list scored a lot of buzz, created a lot of chatter and even made a few enemies. This list is all about winemakers, those currently making wine here in America – not the great ones who have come before, but folks who make wines you can find now. There are some 7,000 bonded wineries in the U.S., and there’s a lot of forgettable wine being made. And in a world of homogenization of wine styles and a sense that our domestic wine industry is not legitimate without a French or Italian flare, we desire to promote regional flavor profiles of all American wine craftspeople. There are names here you’ll know and recognize, and names you never heard of but everyone on this list is influencing the public, fellow winemakers and the media in large and small ways. Use this list to learn about wines, varieties and regions you may not have considered; comment on it, share it with everyone, but above all continue your joy of being IntoWine.
END_OF_DOCUMENT_TOKEN_TO_BE_REPLACED

Women have played a role throughout wine history, but many gained status through husbands or fathers. Since the 1960s, the number of women making their way into the industry on their own merit has greatly increased. Even without prominent family ties, women have become winemakers, winery owners, grape growers, researchers, writers, managers, sommeliers, educators . . . in fact, experts in all areas of the business.
END_OF_DOCUMENT_TOKEN_TO_BE_REPLACED