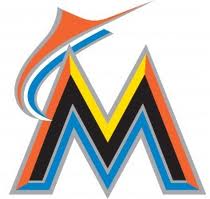 What's an appropriate wine to serve at a Miami Marlins themed party? What wine would be a good gift for a hard core Marlins fan?

In preparation for the 2012 baseball season, the Miami Marlins adopted a new name, designed new uniforms and moved to a brand-new stadium, Marlins Park.  Marlins Park will offer a state-of-the-art retractable roof, a wide array of food concessions and a newly-energized team ready to play ball in sunny Florida.

The Miami Marlins were known as the Florida Marlins through the close of the 2011 season.  The Marlins were part of the two-team Major League Baseball expansion in 1992 that also added the Colorado Rockies to the National League.  The team won its first World Series against the Cleveland Indians in 1997, just five years after its inaugural season.  Unfortunately, then-owner Wayne Huizenga traded away most of the Marlins' top players after the World Series ended, setting the team on course for a dismal 1998 record.  Huizenga sold the team to John Henry in 1999, who in turn sold the Marlins three years later to Jeffrey Loria, the team's current owner.  By 2003 the team was back in contention for the championship, thanks to a series of trades and minor league call-ups.  The Marlins won the 2003 World Series, defeating the New York Yankees.

Once again, the Marlins went through a rebuilding period after winning a World Series.  Good players came and went; some were traded away in spite of their valuable contributions to the team.  Eventually, however, the Marlins put together a young, promising team, only to have injuries plague some of their best players during the 2011 season.  That year turned into one of anticipation and team-building, however, as construction of the LEED Silver Certified Marlins Park continued.  The Marlins began 2012 spring training with high hopes for sluggers José Reyes, Hanley Ramírez and Emilio Bonifacio and for its pitching staff, including Josh Johnson, Aníbal Sánchez and Heath Bell.

What wine would you pour for a fan of this rejuvenated Miami Marlins team, a team that attracts fans from all over the state of Florida and beyond?

A Florida wine seems very appropriate for any Marlins fan, and Florida's wine offerings are as diverse as the state's population.  The winery nearest the Marlins' new stadium, Schnebly Redland's Winery and Brewery makes fruit, sparkling and dessert wines at its Homestead, Florida location.  Avocado, lychee and guava are just some of the fruits used in Schnebly Redland's award-winning wines.  Schnebly Redland's Winery and Brewery offers tours, tastings, karaoke nights and other special events.  Expect to pay about $19 for a bottle of CocoVino (coconut wine) or GuaVino (guava wine) and $30 for a bottle of Sparkling Lychee or Sparkling Passion.

Dakotah Winery is not only a winery, it is also an Audubon bird sanctuary.  Located in Chiefland, Florida, Dakotah Winery boasts a windmill and a koi pond, which attracts large numbers of wood ducks.  Max Rittgers and his son, Rob, operate the winery, creating wines from muscadine grapes grown in their vineyard as well as from varietals.  Expect to pay $9 for a bottle of Noble (red muscadine) or Carlos (white muscadine) and $13 for a bottle of Dakotah Winery Port or Cabernet Sauvignon.  Remember to look for the adult and baby wood ducks when you visit.

There is currently a raging debate as to the validity of what an “influencer” is. Who are the most influential wine people in the United States, and how exactly do you define ‘influential?’ Does an influential mean a person who moves markets, impacts consumers, inspires winemakers, forms policy,...
END_OF_DOCUMENT_TOKEN_TO_BE_REPLACED

People love lists; they can be a great source of education and discussion. But making a list such as this is not an easy process. Who are the most influential wine people in the U.S., and how exactly do you define ‘influential?’ Does influential mean people who move markets, impact consumers, inspire winemakers, and create debate? In a word, yes. These 100 people, from winemakers to law makers, bankers to bloggers, and sommeliers to celebrities are definitely people who influence wine; how it is made, marketed, perceived, sold, shipped, purchased and shared.
END_OF_DOCUMENT_TOKEN_TO_BE_REPLACED

Our 2013 iteration of this list is intended as a source of education and discussion. The making of this list is never an easy process. Who are the most influential wine people in the United States, and how exactly do you define ‘influential?’ Does influential mean people who move markets, impact consumers, inspire winemakers, form policy, and create debate? Yes. Though some decry the consolidation of the wine industry (and that is an issue worth considering) we are not trying to suggest who is “good” or “bad” within America’s wine industry. We merely define the Top 100 people, from winemakers to law makers, bankers to bloggers, and sommeliers to celebrities who influence wine; how it is made, marketed, perceived, sold, shipped, purchased, shared and consumed. As was true in 2012, we sought help to assemble this list people from a diverse group of people and we are grateful for their input. And we chose to release it today, January 29th, as it was on this day in 1919 when the pathetic policy of Prohibition was ratified; the effects of this lunatic legislation still evident in our country’s inability to ship and sell wine across state lines. We honor winemakers, wine drinkers and wine lovers of every conceivable demographic. Use this list, comment on it, share it with everyone, learn from it, and continue your joy of being IntoWine.
END_OF_DOCUMENT_TOKEN_TO_BE_REPLACED

Ah the ubiquitous list. Everywhere you turn these days there is a top 10, the best 50, or some iteration of a who’s who list. So we can’t resist, besides, our Top 100 Most Influential Wine Industry list scored a lot of buzz, created a lot of chatter and even made a few enemies. This list is all about winemakers, those currently making wine here in America – not the great ones who have come before, but folks who make wines you can find now. There are some 7,000 bonded wineries in the U.S., and there’s a lot of forgettable wine being made. And in a world of homogenization of wine styles and a sense that our domestic wine industry is not legitimate without a French or Italian flare, we desire to promote regional flavor profiles of all American wine craftspeople. There are names here you’ll know and recognize, and names you never heard of but everyone on this list is influencing the public, fellow winemakers and the media in large and small ways. Use this list to learn about wines, varieties and regions you may not have considered; comment on it, share it with everyone, but above all continue your joy of being IntoWine.
END_OF_DOCUMENT_TOKEN_TO_BE_REPLACED

BEST OFF-THE-BEATEN-PATH NAPA TASTING ROOMS After having visited numerous renowned wineries, many of us are looking for the hidden gems within the Napa Valley. Good wines are certainly valued, but the entire experience a winery provides leaves guests wanting to return and telling their friends and family to visit. Each winery listed in this article has some special draw, whether it’s art, architecture, ambiance, gardens or compelling history.
END_OF_DOCUMENT_TOKEN_TO_BE_REPLACED