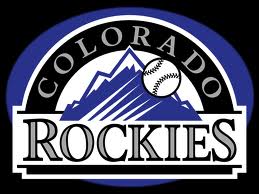 What's an appropriate wine to serve at a Colorado Rockies themed party? What wine would be a good gift for a hard core Rockies fan?

The Colorado Rockies may be one of Major League Baseball's youngest teams, but they have made it into the record books many times since their debut season in 1993.  During that 1993 season, the Rockies broke the record for highest Opening Day attendance, the record for reaching the one-million, two-million, three-million and four-million single-season attendance mark more quickly than any other team and the record for highest single-season total home game attendance (4,483,350).  Although the team did not have a winning season, finishing 67-95, the Rockies also set a record for most games won by a National League expansion team.  Clearly, baseball and Colorado fans were meant for each other.

The Rockies moved from Mile High Stadium to Coors Field in downtown Denver in 1995.  This baseball stadium was built one mile above sea level, the highest elevation in Major League Baseball.  (Row 20 is exactly 5,280 feet above sea level.)  For several years, Coors Field gained fame – or infamy – as a hitter's paradise.  Many people believed that Denver's thin air changed the way baseballs flew through the air, as indeed it does.  The key to the home run statistics, however, turned out to be humidity.  In 2002, the Rockies installed a humidor and began storing their baseballs inside it.  The number of home runs hit at Coors Field dropped dramatically.  Altitude and wind still affect pitches and hits, but the batter's advantage at Coors Field is now a thing of the past.

The Rockies won wild card playoff games in 1995, 2007 and 2009, but advanced to the World Series just once, in 2007, losing to the Boston Red Sox.  The 2010 and 2011 seasons were disappointing, as the Rockies failed to make the playoffs both years.  The Rockies kicked off the 2012 season with a happy moment in game three as Juan Nicasio returned to the pitcher's mound.  Nicasio was injured in August 2011, when he was hit in the head by a line drive; he suffered a skull fracture and broken vertebra.  Nine days after Nicosia's welcome return, the Rockies' veteran pitcher Jamie Moyer claimed another record for the team.  On April 17, the Rockies' 11th game, Moyer led the team to a win over the San Diego Padres and, at age 49 years, 150 days, became the oldest Major League Baseball pitcher ever to win a game.  With several strong National League West teams competing for the first-place spot, the season's outcome is anyone's guess as of this writing, but the Rockies have strong hearts and batting arms, and, with their loyal fans behind them, they are likely to have a decent year.

What wine would you serve to one of the Rockies' many, many fans?

Like the Arizona Diamondbacks, the Rockies draw fans from around the state and from beyond Colorado's state lines.  Interestingly, the growth of Colorado's wine industry has been just as explosive as the Rockies' arrival on the Major League Baseball scene.  In 1990 there were only six wineries in Colorado; as of this writing, there are 100.  Colorado wineries set a record in 2011, producing 1 million liters of wine.  Just as the Rockies have had to adapt to Colorado's elevation and climate, so, too, Colorado growers and winemakers have taken advantage of the state's climate, soil and elevation, planting vineyards as high as 7,000 feet above sea level.  Clearly, a Colorado wine is the right choice for a Rockies fan.

The Infinite Monkey Theorem (IMT), a Denver urban winery, makes its home in a converted Quonset hut in the Santa Fe Arts District.  Winemaker Ben Parsons emphasizes community connections and involvement; for example, volunteers from the community help at harvest time, when grapes purchased from Colorado vineyards arrive at the winery, and IMT contributes $1 for every bottle of wine sold to the University of Colorado Cancer Center.  Tastings and wine lab tours are available.  IMT recently introduced wine in cans, and this innovation has been well-received.  Sparkling Black Muscat is available for $6.99 per can, and other canned sparkling wines will be available soon.  Expect to pay about $50 for a bottle of 2009 IMT 100th Monkey, a blend of Petit Verdot, Cabernet Franc, Syrah and Petit Syrah, and $29 for a bottle of 2010 IMT Malbec.

Bonacquisti Wine Company, located in Denver's Sunnyside neighborhood, is just as connected to the community, but in a different way.  Local artist Daniel Luna designs Bonacquisti Wine Company's labels.  Owner and winemaker Paul Bonacquisti created a tradition around these labels; fun names and distinctive label art capture his commitment to the art and serendipity of winemaking.  His "everyday drinking" wines, including Bella Risa, [d]Red and Vinny No Neck, are quite affordable, selling for $15 - $16 per bottle, while his varietals range from a $15 Riesling to a $25 Cabernet Sauvignon.  Bonacquisti recently introduced a jug wine program; the first liter, sold in a specially-labeled bottle, is $20; refills are $12.99.  Tastings and wine classes are available.

People love lists; they can be a great source of education and discussion. But making a list such as this is not an easy process. Who are the most influential wine people in the U.S., and how exactly do you define ‘influential?’ Does influential mean people who move markets, impact consumers, inspire winemakers, and create debate? In a word, yes. These 100 people, from winemakers to law makers, bankers to bloggers, and sommeliers to celebrities are definitely people who influence wine; how it is made, marketed, perceived, sold, shipped, purchased and shared.
END_OF_DOCUMENT_TOKEN_TO_BE_REPLACED

There is currently a raging debate as to the validity of what an “influencer” is. Who are the most influential wine people in the United States, and how exactly do you define ‘influential?’ Does an influential mean a person who moves markets, impacts consumers, inspires winemakers, forms policy,...
END_OF_DOCUMENT_TOKEN_TO_BE_REPLACED

Our 2013 iteration of this list is intended as a source of education and discussion. The making of this list is never an easy process. Who are the most influential wine people in the United States, and how exactly do you define ‘influential?’ Does influential mean people who move markets, impact consumers, inspire winemakers, form policy, and create debate? Yes. Though some decry the consolidation of the wine industry (and that is an issue worth considering) we are not trying to suggest who is “good” or “bad” within America’s wine industry. We merely define the Top 100 people, from winemakers to law makers, bankers to bloggers, and sommeliers to celebrities who influence wine; how it is made, marketed, perceived, sold, shipped, purchased, shared and consumed. As was true in 2012, we sought help to assemble this list people from a diverse group of people and we are grateful for their input. And we chose to release it today, January 29th, as it was on this day in 1919 when the pathetic policy of Prohibition was ratified; the effects of this lunatic legislation still evident in our country’s inability to ship and sell wine across state lines. We honor winemakers, wine drinkers and wine lovers of every conceivable demographic. Use this list, comment on it, share it with everyone, learn from it, and continue your joy of being IntoWine.
END_OF_DOCUMENT_TOKEN_TO_BE_REPLACED

Ah the ubiquitous list. Everywhere you turn these days there is a top 10, the best 50, or some iteration of a who’s who list. So we can’t resist, besides, our Top 100 Most Influential Wine Industry list scored a lot of buzz, created a lot of chatter and even made a few enemies. This list is all about winemakers, those currently making wine here in America – not the great ones who have come before, but folks who make wines you can find now. There are some 7,000 bonded wineries in the U.S., and there’s a lot of forgettable wine being made. And in a world of homogenization of wine styles and a sense that our domestic wine industry is not legitimate without a French or Italian flare, we desire to promote regional flavor profiles of all American wine craftspeople. There are names here you’ll know and recognize, and names you never heard of but everyone on this list is influencing the public, fellow winemakers and the media in large and small ways. Use this list to learn about wines, varieties and regions you may not have considered; comment on it, share it with everyone, but above all continue your joy of being IntoWine.
END_OF_DOCUMENT_TOKEN_TO_BE_REPLACED

BEST OFF-THE-BEATEN-PATH NAPA TASTING ROOMS After having visited numerous renowned wineries, many of us are looking for the hidden gems within the Napa Valley. Good wines are certainly valued, but the entire experience a winery provides leaves guests wanting to return and telling their friends and family to visit. Each winery listed in this article has some special draw, whether it’s art, architecture, ambiance, gardens or compelling history.
END_OF_DOCUMENT_TOKEN_TO_BE_REPLACED