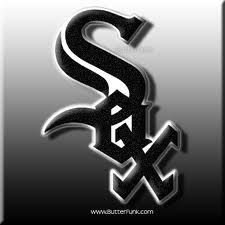 What's an appropriate wine to serve at a Chicago White Sox themed party? What wine would be a good gift for a hard core White Sox fan?

Great beginnings, world championships, scandal and 88 years of frustration – such was the history of the Chicago White Sox until 2005.  That year, the White Sox defeated the Houston Astros to win their third World Series and end what some considered to be a curse on Chicago's South Side baseball team.

The Chicago White Sox began as a minor league team that moved to Chicago in 1900 and joined the American League the next year.  From the beginning, the White Sox (originally named the White Stockings) played well and hit hard.  The team won world championships in 1906 and 1917 and earned another trip to the World Series in 1919, only to lose to the Cincinnati Reds.  The next year, the ugly truth came out: several White Sox players, including some of the team's stars, had conspired to lose the series in order to gain money from gamblers who profited from the game-fixing scheme.  Although the eight players involved were acquitted of criminal charges, they were banned from baseball for life.  The White Sox lost "Shoeless" Joe Jackson, Eddie Cicotte, Claude "Lefty" Williams and other key members of the team, and the Sox' fortunes plummeted.  In fact, the team was, at least in some people's minds, afflicted by the "Curse of the Black Sox," or at least by an extreme case of mediocrity.

The White Sox won the 1959 pennant and a few division titles during the following years, but failed to win a World Series until 2005, when they beat the Houston Astros in four straight games.  Since 2005, the White Sox have struggled, with the exception of the 2008 season, when they finished first in the American League Central Division.  Unfortunately, the Sox lost the league championship series to the Tampa Bay Rays.

After the 2011 season, Robin Ventura, himself a former White Sox, joined the team as manager.  Several players left or were traded, giving the team a reshaped roster and an opportunity to rebuild.

Although attendance has wavered over the years, depending on the White Sox' fortunes, fans have been remarkably loyal in recent years.  Attendance at U. S. Cellular Field since the 2005 World Series victory has been fairly consistent, topping 2 million each year.   Chicago White Sox fans are known for their intense dislike of their team's cross-town rivals, the Chicago Cubs, as well as the Minnesota Twins, Cleveland Indians and Detroit Tigers.  President Obama is perhaps the White Sox' best-known fan, but plenty of people from Chicago and the surrounding area are more than ready to cheer their team on to victory, especially if the White Sox are playing the Cubs.

What wine would you pour for a tenaciously loyal White Sox fan?

Of course, you can't go wrong if you pour wine from northern Illinois for your favorite White Sox fan.  Famous Fossil Vineyard & Winery, located in Freeport, may not be as old as the White Sox team, but it has a history all its own.  Owner and winemaker Ken Rosmann has served as president of Northern Illinois Wine Growers and applies his expertise in organic farming to growing cool-climate grapes and crafting red, white and fruit wines.  The winery offers cooking classes, wineglass painting classes, tastings and special events. Expect to pay $15 for a bottle of 2010 Over the Moon, a sparkling white wine which won a silver medal at the 2012 Finger Lakes International Wine Competition, and $20 for a bottle of 2010 Fossil Rock Red, which also won silver at that competition.

Prairie State Winery in Genoa, Illinois, is owned by former schoolteachers Rick and Maria Mamoser.  Rick turned winemaker in 1999 and has been creating award-winning wines made from Illinois-grown grapes ever since.  Rick was named 2011 Winemaker of the Year by the Illinois Grape Growers and Vintners Association.  Prairie State Illinois Chambourcin Reserve 2010 won Best of Show at the 2012 Illinois State Fair Wine Competition, following in the footsteps of Prairie State Cabernet Franc 2009, which won Best of Show at the 2010 and 2011 Illinois State Fair Wine Competitions.  Stop by for a Friday Wine Down or a Saturday tour.  You can taste Prairie State wines at the Genoa winery and at Prairie on State Wine Cellars in Sycamore, Prairie State's new tasting room.  You'll pay $17 for a bottle of the Chambourcin Reserve 2010 and $21.50 for a bottle of the Cabernet Franc 2009.

There is currently a raging debate as to the validity of what an “influencer” is. Who are the most influential wine people in the United States, and how exactly do you define ‘influential?’ Does an influential mean a person who moves markets, impacts consumers, inspires winemakers, forms policy,...
END_OF_DOCUMENT_TOKEN_TO_BE_REPLACED

People love lists; they can be a great source of education and discussion. But making a list such as this is not an easy process. Who are the most influential wine people in the U.S., and how exactly do you define ‘influential?’ Does influential mean people who move markets, impact consumers, inspire winemakers, and create debate? In a word, yes. These 100 people, from winemakers to law makers, bankers to bloggers, and sommeliers to celebrities are definitely people who influence wine; how it is made, marketed, perceived, sold, shipped, purchased and shared.
END_OF_DOCUMENT_TOKEN_TO_BE_REPLACED

Our 2013 iteration of this list is intended as a source of education and discussion. The making of this list is never an easy process. Who are the most influential wine people in the United States, and how exactly do you define ‘influential?’ Does influential mean people who move markets, impact consumers, inspire winemakers, form policy, and create debate? Yes. Though some decry the consolidation of the wine industry (and that is an issue worth considering) we are not trying to suggest who is “good” or “bad” within America’s wine industry. We merely define the Top 100 people, from winemakers to law makers, bankers to bloggers, and sommeliers to celebrities who influence wine; how it is made, marketed, perceived, sold, shipped, purchased, shared and consumed. As was true in 2012, we sought help to assemble this list people from a diverse group of people and we are grateful for their input. And we chose to release it today, January 29th, as it was on this day in 1919 when the pathetic policy of Prohibition was ratified; the effects of this lunatic legislation still evident in our country’s inability to ship and sell wine across state lines. We honor winemakers, wine drinkers and wine lovers of every conceivable demographic. Use this list, comment on it, share it with everyone, learn from it, and continue your joy of being IntoWine.
END_OF_DOCUMENT_TOKEN_TO_BE_REPLACED

Ah the ubiquitous list. Everywhere you turn these days there is a top 10, the best 50, or some iteration of a who’s who list. So we can’t resist, besides, our Top 100 Most Influential Wine Industry list scored a lot of buzz, created a lot of chatter and even made a few enemies. This list is all about winemakers, those currently making wine here in America – not the great ones who have come before, but folks who make wines you can find now. There are some 7,000 bonded wineries in the U.S., and there’s a lot of forgettable wine being made. And in a world of homogenization of wine styles and a sense that our domestic wine industry is not legitimate without a French or Italian flare, we desire to promote regional flavor profiles of all American wine craftspeople. There are names here you’ll know and recognize, and names you never heard of but everyone on this list is influencing the public, fellow winemakers and the media in large and small ways. Use this list to learn about wines, varieties and regions you may not have considered; comment on it, share it with everyone, but above all continue your joy of being IntoWine.
END_OF_DOCUMENT_TOKEN_TO_BE_REPLACED

BEST OFF-THE-BEATEN-PATH NAPA TASTING ROOMS After having visited numerous renowned wineries, many of us are looking for the hidden gems within the Napa Valley. Good wines are certainly valued, but the entire experience a winery provides leaves guests wanting to return and telling their friends and family to visit. Each winery listed in this article has some special draw, whether it’s art, architecture, ambiance, gardens or compelling history.
END_OF_DOCUMENT_TOKEN_TO_BE_REPLACED