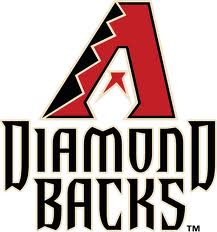 What's an appropriate wine to serve at an Arizona Diamondbacks themed party? What wine would be a good gift for a hard core Diamondbacks fan?

The Arizona Diamondbacks are one of the two youngest teams in Major League Baseball.  The Diamondbacks and the Tampa Bay Rays (originally the Devil Rays) played their first seasons in 1998, the Diamondbacks in the National League West and the Rays in the American League East.  The Diamondbacks played that year in Phoenix's Bank One Ballpark, as they do today; the stadium was renamed Chase Field in 2005.  Chase Field features a retractable roof and an air conditioning system; used in tandem, these two features protect Diamondbacks spectators from the extreme heat of Arizona's desert climate.  Interestingly, Chase Field also has a swimming pool, which can be rented, although it doesn't come cheap.  Occasionally, a home run ball will splash into the pool.

The Arizona Diamondbacks have cultivated a statewide fan base ever since the franchise was created.  Although the team plays its home games in Phoenix, baseball lovers from around the state proudly claim the D-Backs as their own.  The Diamondbacks won their first division title in 1999, in only their second season.  Two years later, they did it again and went on to win the 2001 World Series, relying on the pitching of superstars Curt Schilling and Randy Johnson and the bat of outfielder Luis Gonzalez.

Unfortunately, after their World Series victory, the Diamondbacks went through a period of management issues and losing seasons.  The team endured a rebuilding process, which included a uniform redesign, player trades and management changes.  These efforts paid off in 2007, when the Diamondbacks won the National League West and Division titles, only to lose in the National League Championship Series.  2008 was a disappointing year, and that season was eclipsed in the most negative way possible by the 2009 and 2010 seasons, during which the Diamondbacks posted losing records and ended up in last place in their division.

Fans did not expect things to change in 2011, but, under the leadership of manager Kirk Gibson, the Diamondbacks surprised a nation of baseball fans.  The team posted an impressive 94 – 68 record, winning the National League West.  The Diamondbacks did not fare well in the playoffs, losing in the first round, but the team had clearly turned its fortunes around.  Diamondbacks fans waited impatiently for Opening Day 2012, hoping for another winning season.

Which wine would you pour for an Arizona Diamondback fan, a supporter who might live in Scottsdale, Tempe, Tucson, Phoenix or Flagstaff?

For such a fan, an Arizona wine might be the very best choice.  Arizona's wine industry is growing and maturing; as of this writing, the state boasts 48 wineries.  While some people might find this fact surprising, the reality is that Arizona has attracted both a talented group of winemakers and a large population of people who enjoy wine.  Although the state has only one AVA, Sonoita, there are three wine trails in Arizona: Sonoita, Willcox and Verde Valley, each featuring winery tours, tasting rooms, concerts and special events.

Arizona's wine history dates back to the days of Spanish settlement; growers several centuries ago must have faced the same issues today's wine grape growers struggle with, including extreme heat and cold, dry conditions and disease.  Modern irrigation and planting techniques have helped Arizona vineyard owners overcome some of these problems, and today's Arizona wines are attracting a fair amount of positive attention.

Eric Glomski and Maynard James Keenan are bound to come up in any serious conversation about Arizona wine.  Keenan, whose "other" career as lead singer for the band Tool has brought him fame, owns a vineyard and Caduceus Cellars winery in Arizona; he and Glomski, owner and Director of Winegrowing at Page Springs Vineyards & Cellars, also co-own Arizona Stronghold Vineyards.  Arizona Stronghold, named for the rocky area that sheltered the warrior Cochise and his band, is known for its award-winning wines.  Winemaker Tim White brought four gold medals home to Arizona Stronghold from the 2011 Jefferson Cup Invitational Wine Competition; Arizona Stronghold's 2010 Tazi, a white blend that sells for about $18 per bottle, and 2010 Mourvedre were two of the winning wines.  Visitors to Arizona Stronghold Vineyards' tasting room in Cottonwood can enjoy wine education lectures, tastings and concerts.

People love lists; they can be a great source of education and discussion. But making a list such as this is not an easy process. Who are the most influential wine people in the U.S., and how exactly do you define ‘influential?’ Does influential mean people who move markets, impact consumers, inspire winemakers, and create debate? In a word, yes. These 100 people, from winemakers to law makers, bankers to bloggers, and sommeliers to celebrities are definitely people who influence wine; how it is made, marketed, perceived, sold, shipped, purchased and shared.
END_OF_DOCUMENT_TOKEN_TO_BE_REPLACED

There is currently a raging debate as to the validity of what an “influencer” is. Who are the most influential wine people in the United States, and how exactly do you define ‘influential?’ Does an influential mean a person who moves markets, impacts consumers, inspires winemakers, forms policy,...
END_OF_DOCUMENT_TOKEN_TO_BE_REPLACED

Our 2013 iteration of this list is intended as a source of education and discussion. The making of this list is never an easy process. Who are the most influential wine people in the United States, and how exactly do you define ‘influential?’ Does influential mean people who move markets, impact consumers, inspire winemakers, form policy, and create debate? Yes. Though some decry the consolidation of the wine industry (and that is an issue worth considering) we are not trying to suggest who is “good” or “bad” within America’s wine industry. We merely define the Top 100 people, from winemakers to law makers, bankers to bloggers, and sommeliers to celebrities who influence wine; how it is made, marketed, perceived, sold, shipped, purchased, shared and consumed. As was true in 2012, we sought help to assemble this list people from a diverse group of people and we are grateful for their input. And we chose to release it today, January 29th, as it was on this day in 1919 when the pathetic policy of Prohibition was ratified; the effects of this lunatic legislation still evident in our country’s inability to ship and sell wine across state lines. We honor winemakers, wine drinkers and wine lovers of every conceivable demographic. Use this list, comment on it, share it with everyone, learn from it, and continue your joy of being IntoWine.
END_OF_DOCUMENT_TOKEN_TO_BE_REPLACED

Ah the ubiquitous list. Everywhere you turn these days there is a top 10, the best 50, or some iteration of a who’s who list. So we can’t resist, besides, our Top 100 Most Influential Wine Industry list scored a lot of buzz, created a lot of chatter and even made a few enemies. This list is all about winemakers, those currently making wine here in America – not the great ones who have come before, but folks who make wines you can find now. There are some 7,000 bonded wineries in the U.S., and there’s a lot of forgettable wine being made. And in a world of homogenization of wine styles and a sense that our domestic wine industry is not legitimate without a French or Italian flare, we desire to promote regional flavor profiles of all American wine craftspeople. There are names here you’ll know and recognize, and names you never heard of but everyone on this list is influencing the public, fellow winemakers and the media in large and small ways. Use this list to learn about wines, varieties and regions you may not have considered; comment on it, share it with everyone, but above all continue your joy of being IntoWine.
END_OF_DOCUMENT_TOKEN_TO_BE_REPLACED

BEST OFF-THE-BEATEN-PATH NAPA TASTING ROOMS After having visited numerous renowned wineries, many of us are looking for the hidden gems within the Napa Valley. Good wines are certainly valued, but the entire experience a winery provides leaves guests wanting to return and telling their friends and family to visit. Each winery listed in this article has some special draw, whether it’s art, architecture, ambiance, gardens or compelling history.
END_OF_DOCUMENT_TOKEN_TO_BE_REPLACED