On the eastern end of the Loire Valley in France sit the two communes of Sancerre and Pouilly Fumé where arguably the best Sauvignon Blanc in the world is produced.  For many, this is the true home for this grape.  While new world producers in California, New Zealand and elsewhere are creating excellent fruit laden Sauvignon Blanc’s, the producers in the Loire Valley excel in complex mineral driven versions of Sauvignon Blanc.  Among all of the regions of the Loire utilizing this grape, the reputations of Sancerre and Pouilly Fumé are the best.

The village of Sancerre sits atop a rocky hillside overlooking the Loire River.  The wine producing area of Sancerre, which encompasses the village, lies on the left bank of the Loire River at the eastern end of the Loire Valley.  It is here that the river changes direction and heads sharply to the south.  Wine has been produced near the town of Sancerre for hundreds of years.  Its wines were served on the royal tables in the 13th century, but they were not the wonderful white wine Sancerre is famous for today.  They were red wines, most likely Pinot Noir and Gamay.  The first successfully produced white wines were sweet whites made in the 1800’s.  It wasn’t until phyloxera arrived at the end of the 19th century that Sauvignon Blanc was planted in quantity as these vines performed well when grafted onto American rootstock.  This was fortuitous match as the resulting wines were crisp with wonderful aromatics.

With the introduction of the French AOC system (which defined grapes that were grown in specific areas) in 1936, Sancerre began cementing its reputation for Sauvignon Blanc.  The original AOC area has been increased many times over the years.  Now sixteen villages (Sancerre, Buè, and Chavignol being the most famous) are included in the appellation and almost 500 wineries.  The result is that there are now many different styles of Sancerre depending not only on producer but where the vineyards are located.  In my opinion, the very best wines come from Chavignol, which will often appear on the label.

The geology of Sancerre is actually quite diverse.  The eastern end of the appellation has flinty soil which gives a very mineral driven almost steely wine.  Toward the center and southwest, the soils are more chalky which gives the wines lovely aromatics.  Toward the west and north, the soil has more gravel and marl which makes for a more fruit driven wine.  Many of the best vineyards are quite steep and scattered with rocks.

In my opinion three producers stand above the rest in Sancerre:  Francois Cotat, Pascal Cotat, Gerard Boulay.  The Cotat familial relationships can be confusing.  From 1947 thru 1990 two brothers, Paul and Francis Cotat, made wine together but then labeled it separately under each of their names.  When they retired, their sons took over.  The French authorities were uncomfortable with the same wine being sold using two different labels.  At that point, the two sons (and cousins of each other) split apart.  They both however, continue to make excellent and traditional terroir driven wines.

Paul’s son, Francois, makes his own wine under his name.  The vineyards are on prime land in Chavignol.  These wines can be so piercing and mineral laden, they are some of the best wines made anywhere.  The wines are made filtering in a traditional method without fining or.  Very old neutral barrels are used for fermenting the wine.  Interestingly, there have been times when these wines, as good as they are have been so atypical, that they have been denied the use of AOC status.  In those vintages, François, simply labels them as VdT (table wine).  His reputation is so renowned that he is able to sell his wines in spite of that.  My favorite is from the Mont Damnes vineyard.  This is a wine that will age well for ten years.  It sells for around $45, expensive, but worth it.  The Grand Cote is more expensive at about $55, and in some vintages can be even better.  These bottlings may be the pinnacle of Sauvignon Blanc!

When the two original brothers split their holdings, Francis got the original cellar, but Pascal got many of the older vines.  Pascal set up his own new winery just down the road a bit from his cousin.  Initially Pascal’s love for automobiles vied for his attention; he also ran an auto mechanics shop.  I am told that Pascal is now dedicating himself full time to the winery.  At their best, I find these wines equal to his cousin’s.  If perhaps, they have been a bit more inconsistent in the past, Pascal seems to have figured it out now.  He has been on a roll since the 02 vintage.  Both Pascal’s Monts Dames (Damned Mountains) and Grand Cote vineyard wines are excellent.  They run about $45 and $55 respectively.

Gerard Boulay’s wines deserve to be considered in the same category as the Cotat’s.  The Boulay family can trace its roots in Chavignol back to the 1300’s.  Gerard recently took over many of the vines that used to be cultivated by his cousin Pierre in addition to his own holdings.  Gerard makes wines from very old vines, the youngest of which he planted in 1972.  The average age of the vines is 45 years old.  He makes four Sancerre’s (plus a Rose) that are all very good.  The basic Chavignol runs around $25, the Clos de Beaujeu and Mont Damnes are around $30 and his Comtesse costs around $50.  All of these are great examples of Sancerre.

Other producers who make very good Sancerres available for more reasonable pricing include  Pascal Jolivet, Henri Bourgeois, Jean Reverdy, and Francis Blanchet.  Their wines should be available for under $30 and in some markets, under $20.  I enjoy a wide variety every summer from these producers and others.

Just across the Loire River sits the appellation of Pouilly Fumé, with a similar history to its neighbor Sancerre.  Vines were grown in the area at least as far back as the fourth century.  Louis XI was a fan of the wines from Pouilly.  Prior to phyloxerra, the main grape was Chasselas, a white grape that makes sweet wines.  Chasselas is still grown in the area and sold under the appellation of Pouilly-sur-Loire.  In 1937 Pouilly Fumè was granted AOC status for its Sauvignon Blanc wines.

There are two theories as to why the wines are called Fumè.  One is that it is because the flinty/chalk soils give the wines a smoky quality reminiscent of gunpowder.  It is from the flinty soils that the best Pouilly Fumè’s are made.  The other theory is that when the green grapes ripen, they have a smoke colored gray bloom on them that the vignerons refer to as blanc fume.  Both theories will work.  I am not sure there is much difference between Pouilly Fumè’s and Sancerre, but if there is one, it is the smokiness which is absent from all but a few Sancerre’s.

Probably the best wines made in Pouilly Fumé are from Didier Dagueneau.  Sadly, Mr. Dagueneau passed away last year in an aviation accident.  His son has taken over the domaine and from all reports seems to have the same dedication to quality.  The wines have not been released so time will tell.  Dageuneau wines are very expensive.  The best wine called Silex costs well over $100 a bottle.  His basic Pouilly Fumé costs $60 a bottle.  These are, however, spectacular bottles of wine that not only are capable of ageing, but demand at least a year or two to develop.  Dagueneau also had begun to make a Sancerre from Mont Damnes in 2007.  I have not tasted it yet, but I am sure it will be great.

There is also a producer in Pouilly Fumé named Serge Dagenau.  This is Didier’s brother and while his wines are nice and much less expensive, they are not in the same class.  Other producers whom I have enjoyed include some of the same that I listed from Sancerre including Pascal Jolivet, Henri Bourgeois, Jean Reverdy, and Francis Blanchet.

Most of these wines should be drunk in the within three or four years of vintage, but a few are capable of reaching great heights with age.  The Loire Valley is a large place, and in any given year, the climate from one end to the other may be inconsistent.  It may still be useful to consult with the Loire Valley, France - Wine Vintage Chart as a general guideline.  In my opinion, 2002, 2004, and 2005 have been the best of recent vintages.  However, with the exception of the few producers at the top of the hierarchy, most of the wines from these vintages should have already been consumed.  Still, I would not hesitate to buy a reasonably priced bottle from a more recent vintage.

The Sauvignon Blanc wines of the Loire tend to be lower in alcohol.  These are not the grassy Sauvignon Blanc wines of California or the tropical fruit laden wines of New Zealand.  At their best, they are crisp, mineral driven wines that often can have a delightful herbaceous note.  At their worst they can be under ripe with aromas of cat pee.  There is a wide variety out there so it is important to experiment and take the recommendations of friends or trusted sources.  Most of the wines are unoaked which is a good thing for Sauvignon Blanc in general and the Loire version in particular.  It is their lovely aromatics and their crispness which makes them so enjoyable and the use of oak diminishes this quality.  The Loire versions have a refreshing white grapefruit-citrus quality that goes well with a variety of sea food and goat cheese.  Although outside the scope of this article, there are also some very good Sauvignon Blanc’s being produced elsewhere in the Loire AOC’s of Cheverny, Menetou-Salon, and Quincy.

I hope you all go out and try a bottle or two and please, let me know what you think.  By all means, if you see a bottle from Cotat or Dagueneau, and it is within your budget, try it.

Seems to be in a bit of a dumb phase right now.  Don't get me wrong, it is quite good but not as good as it can be.  Light golden in color.  The nose has some grapefruit and nice minerality.  A bit of salinity.  On the palate, this is good but not breaking out any complexities.  Nice grapefruit and minerals.  Good texture.  Excellent with food.  As good it is today, I would hold for a year or two or 8 and patience will be rewarded. 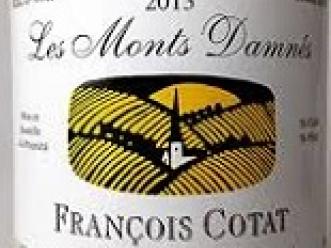 Always one of the better Sancerre's from the home of Sauvignon Blanc.  This one is a bit surprising though.  Blind, I might have guessed New Zealand.  The nose has that gooseberry quality and very fresh.  On the palate, the gooseberry continues thru.  Nice acidity.  Plenty of verve.  Should be great with food.  Nice finish.  Always a nice value. 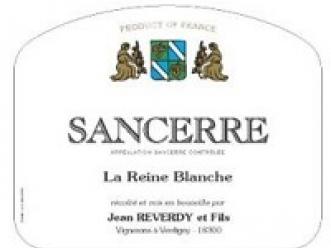 Light golden in color.  The nose has nice minerality with some grapefruit.  On the palate, this is a bit flabby and could use more acidity.  On the other hand, the minerality carries forward.  There is a bit of fruit.  Nice finish.  Eay sipping.  A bit of a different take on Sauvignon Blanc.