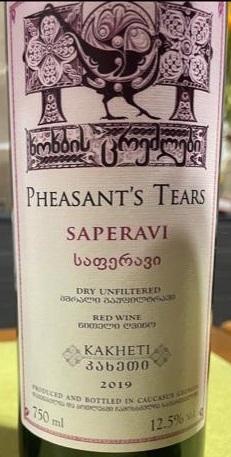 Similar to their white, this proved to be a bit, albeit less, controversial.  For my tastes, this is a dead ringer for the stinky Chateauneuf du Pape's that were so prevalent twenty plus years ago (especially Beaucastel) that  I love!  My friend Jeff B. called it Chateauneuf du Georgia.  Purple in color, ruby at the rim, opaque and a bit cloudy.  The nose has some Brettanomyces which gives it a stinky barnyard note but also cherries, black cherries, plums, black pepper and a slight floral (lilac?) note.  With a couple of hours of air, the stink blows mostly off if not fully.  Medium to full bodied.  On the palate, this has a nice complexity.  Black cherries, earthy with a bit of char.  Good acidity.  Long finish.  This is great on its own if you like this style of wine, but otherwise it would work well with a beef stew.  Drink over the next five to eight years.

I am not a believer in "natural wines" as it seems to judge a wine on its merits and not on some nebulous term.  That said, most of the ones I have tried seem like chemistry experiments gone wrong.  This is the exception and one of the best "natural wines" I have tasted.  It is made from the Saperavi grape in Georgia.  It is made with no fining, filtering or addition of sulfites.  That said, it is also made in a more "modern" style for Georgian wines, that is fermented for 8 days in temperature controlled vats, pressed off the solids leaving no residual sugar and finished in stainless steel 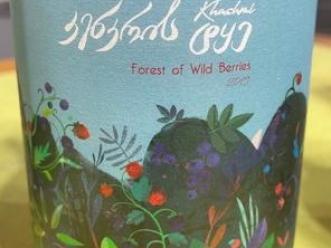 This is made from the Saperavi grape in the country of Georgia.  It is, however, fermented and raised in new French oak for 12 months.  Inky purple in color, but a bit flat.  Opaque.  The nose is nice with a "Bordeaux-ish quality.  Earthy, musty, cigar box along with black raspberries and char.  Medium bodied.  Strong acidity.  Firm tannins.  On the palate, black cherries, black raspberries with a slight char.  Moderate finish.  This seems to be at peak and should drink well for the next five to eight years.  It works better with food.  Chakapuli, a traditional Georgian herbed lamb stew fro 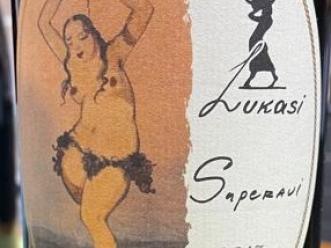 This is made from Saperavi grapes from Shumi's Satrabakho Vineyard in Kakheti, Georgia.  Purple in color, ruby at the rim, opaque and bright.  The nose is nice with black cherries, cassis, char and black pepper.  Full bodied.  On the palate, this is concentrated and deep.  Flavors of black cherries, some cassis with underlying char.  Good acidity.  Long finish.  This is delicious and drinks like a Cab/Zin blend.  Very international in style, it is a nice value and should be a popular wine among friends.  It drinks great on its own and would work well with burgers or ribs off the grill.  dri 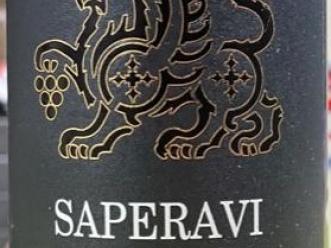 This is 100% Saperavi grapes made in Kakheti in eastern Georgia and made in Kvevri (amphorae).  Very nice showing for this wine.  Purple in color, opaque and bright.  The nose is nice with black cherries, cherries, and currants.  Medium to full bodied with firm tannins.  A strong backbone of acidity.  On the palate, black cherries, cherries and slight blueberries with light clay notes underneath.  Nice finish.  This is drinking well now but works better with food.  Roasted fowl or mushrooms would be a nice choice.  drink over the next five to eight years. 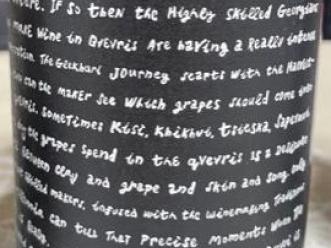 An interesting wine from the country of Georgia made from 100% Saperavi grapes.  It is aged for three years in French oak barrels.  Purple in color, ruby at the rim, flat and mostly opaque.  The nose is nice with black cherries, some black raspberries, baking spices and slight char.  Medium to full bodied.  On the palate, there is some residual sugar left here leaving a light sweetness.  It seems to work well though giving some lift and energy.  The sweetness is minimal but present.  Flavors of black cherries, slight cassis and a bit of a cough syrup note.  It drinks easy with a nice finish 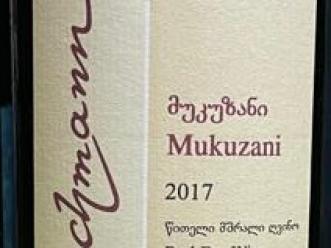