Fascinating and controversial wine.  Tasting with a group, I liked this wine much more than most.  On opening there seemed to be a significant amount of Brettanomyces on the nose.  Yet, it blew off over the next few hours until it was hardly noticeable.  That is not a trait of Brett so perhaps it was just bottle stink coming from the Kvevri (Amphorae).  It was undrinkable to some, but again, I found it delicious with its highest mark coming at about three hours after opening.  Made from the Rkatsiteli Deep amber in color, cloudy and opaque. The nose once the "barnyard" blew off showed oranges, Cinnamon, persimmons, and spices.  Medium bodied.  Well balanced.  On the palate, this is deep and complex.  Layers of fresh and dried fruits; oranges and peaches with some honey and underlying spice.  Very long finish.  This is a difficult sell, even excluding the stinky nose at first.  Just not what people expect when opening a bottle of white wine.  For the adventurous, however, a decant of a couple hours is recommended.  Drink over the next five years.  It was served with an Americanized version of Khachapuri, a Georgian Cheese Bread which worked nicely.

This is from the country of Georgia, and is a blend of 40% of Rkatsiteli (rah-kah-see-tell-y), 40% Kisi (key-see), and 20% Khikhvi (khee-kh-vee) grapes.  It is fermented in Kvevri (Amphorae) where it is allowed to macerate for six months.  The winery provides itself on being a "natural" wine meaning unfiltered and no use of sulfites.  At a recent tasting it proved to be a bit controversial and I liked it decidedly more than most of the group.  Golden in color with orange hues.  There is a lot of VA (volatile acidity) on the nose that was the chief problem others had.  A little can be nice a 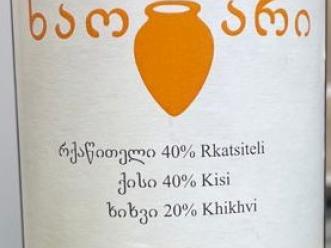 The second label of the Orgo Winery.  This is a blend of 50% Rkatsiteli and 50% Mtsvane grapes from the country of Georgia.  The wine is made in Kvevri (Amphorae) but only stays for about a month during which it ferments on the skins with the stems and pips.  The result is an "Amber" or "orange" wine.  Very interesting.  Deep golden in color, clear and bright.  The nose is very nice but its hard to come up with terminology to describe.  There is a floral quality with a perfumed fragrance note.  Perhaps some cantaloupe.  Medium bodied although viscous at 13% abv.  Medium tannins.  On the pal 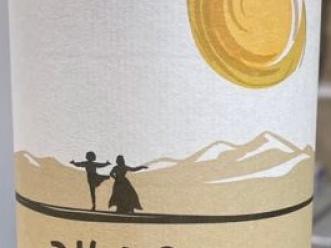 This is a very nice white wine that was fermented and cured in Kvevri (Amphorae).  A blend of Kisi, Mtsvane and Rkatsiteli grapes.  Deep golden in color, clear and bright.  The nose has oranges, honey and Indian spices.  Medium bodied.  Drying tannins.  On the palate, this is clean.  Orange peel, slight honey, with a bit of almonds.  Nice finish.  A very nice complexity here.  It took a couple of hours to really open up.  It does not drink like a what one thinks of as a usual white wine.  It probably should be consumed in the next few years.  In terms of food matching, it would go well with 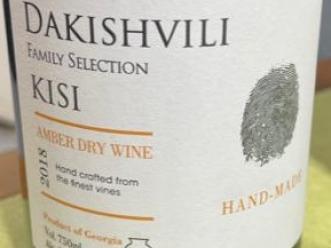 This is an inexpensive white wine from Georgia.  It is 100% Rkatsiteli made in the western style, that is fermented, followed by three months in stainless and a year in oak.  Light golden in color, clear and bright.  The nose is generic with a touch of apple.  Light bodied.  On the palate, this is easy drinking.  Innocuous.  It has some refreshing qualities but mostly tastes as a generic white wine.  A nice wine for a hot summer day.  Drink now. 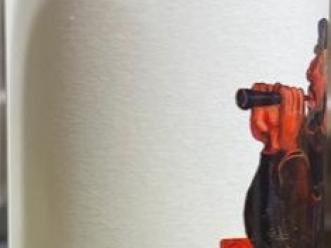 Sadly this was quite corked (TCA) and not worth drinking.  It is a blend of 85% Rkatsiteli and 15% Mtsvane. 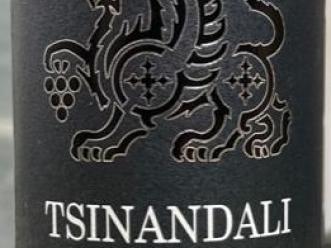