Made from the Rossese grap in Liguria Italy near the town of Cervo.  Light ruby in color.  The nose has dusty cherries.  On the palate, good acidity.  Fresh cherry fruit.  Slight salinity.  Long finish.  This will work with a wide variety of foods and is probably better at the table than as a cocktail.  It retails for $24.  An unusual wine that is a bit different and worth trying.

Vermentinos are not native to Italy; they were originally brought by the Spanish. At the beginning of summer, I discussed the Vermentinos of Sardinia. There is another region of Italy that excels in Vermentinos, the region of Liguria.
END_OF_DOCUMENT_TOKEN_TO_BE_REPLACED

Light golden in color with slight green swirls.  The nose has some lime and pears and also some minerals.  On the palate, this is a nice, slightly oily texture.  Minerals.  Lighter in body.  Very easy drinking.  No bitterness.  Ligurian wines are not that common in the US.  Retails for $24. 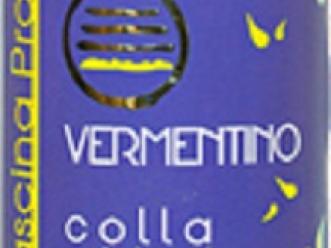 I tend to taste and drink a lot of wine over the course of a year. I am in a few tasting groups, sometimes the wines are consumed at various local wine store tastings and a number drunk with friends and family.
END_OF_DOCUMENT_TOKEN_TO_BE_REPLACED

A Feast of Bread and Wine: Travels Through Italy’s Wine Country

I’ve taken my column’s title from Michelangelo, who once wrote, “ I feast on bread and wine, and feasts they are .” Tuscany’s most famous sculptor had his heart in the right place. Wine has been part of Italian culture since the ancient Romans began to write.
END_OF_DOCUMENT_TOKEN_TO_BE_REPLACED

Near the Austrian border in northern Italy, from the region of Alto Adige comes an excellent red wine called Lagrein (pronounced la-GRINE) that really hits the spot on a winters night dinner table. Lagrein is also the name of the grape from which it is made. As was discussed here , the area of Alto Adige is very close to the Austrian border and has a shared history with both Italy and Austria. Hence, the German language is spoken frequently and either or both languages may appear on a wine label. You can find it made as both a red wine, often called Dunkel in German and Scuro in Italian, or a Rosè, called Kretzer in German or Rosato in Italian.
END_OF_DOCUMENT_TOKEN_TO_BE_REPLACED