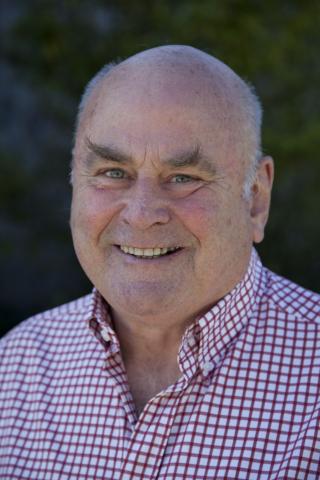 Respected Australian wine critic James Halliday has a career that spans over 40 years. Best known for his informative writing about wine, he is one of the founders of Brokenwood Winery in the Lower Hunter Valley region of New South Wales, and founder of Coldstream Hills in the Yarra Valley. Halliday is an authority on every aspect of the wine industry, from planting and pruning, to the creation and marketing of the finished product. He has served extensively as a wine judge and has contributed to more than 56 books on wine, and he is the author of James Halliday’s Wine Atlas of Australia, and The Australian Wine Encyclopedia.

What prompted you to pursue winemaking as a career? You were in the legal profession prior to wine, do you think this would have been the path would you have chosen?

Between 1962 and 1988 I had two lives, one in wine and one in law. Thus the question becomes academic.

What wine varieties would you like to see the global public embrace more fully, and why these varieties?

Semillon first and foremost, particularly as it is made in the Hunter Valley. Until the arrival of screw caps, severe bottle variation due to random/sporadic oxidation meant many Semillons did not achieve their full potential. Now, with screw caps, these wines, which see no oak and are typically around 10.5% alcohol by volume, will flower for 30 years or more. Good bottles from the 1960s (closed with corks) are still magnificent.

To make wines with balance, line and length, wines which will live for many years, and always be elegant.

I don’t think it matters a great deal which numeric score system is used; for decades Australia, both in its wine shows and in wine reviews, used a 20-point scale. The wine shows are now moving to a 100-point scale because it is this that has better understanding around the globe. I regard the description of the wine, focusing on issues of texture, structure, body, length first, and flavor descriptors second, of equal importance to the score. Ascribing a numeric score imposes discipline on the taster; it is all too easy to write a lengthy, flowery tasting note that does not provide a guide to the quality of the wine.

Rising wine alcohol levels are a hotly contested topic these days. What are your thoughts on the subject?

The debate centers largely around Barossa Valley Shiraz, but, for example, makers of the best Chardonnays in Australia have re-evaluated picking criteria, and, in conjunction with diminished use of new oak, and adoption of larger barrels, are seeking more elegant wines. In the case of Australia, you have to be very careful which region you are talking about; rising alcohol levels basically do not occur in Tasmania. My final comment is that numbers are not everything: you can have a 13.5% alcohol by volume Shiraz which seems hot and ‘alcoholic,’ and a 15.5% Shiraz where you simply don’t see the heat and the alcohol. Unbundling the effects of better canopy management leading to accelerated ripening on the one hand, and – if it exists – rising temperatures on the other, is a complicated subject that will continue to be discussed over the next few decades.

Crafting a wine is a subjective thing. But should winemakers and wineries peruse critical scores from the national wine press as a means of competing in the current marketplace and to please a broader range of palettes?

There is a common misapprehension amongst the public that ‘winemakers make wines to please the judges,’ as if this were of itself a bad thing. The collegiate system of wine judging in Australia has robust debate where scores differ. Nine times out of 10 the debate will turn on questions of style and future direction. There is much less comment about the use of scores from the national wine press; those with experience know that you smile sweetly and use the high scores where you get them, and don’t complain about low scores.

Since you write about wine and make wine, what has the one thing taught you about the other?

There is no one thing; it is an interlocking stream of information and intuition.

What can Australian wines offer to a diverse global palette?

The question might also be phrased ‘What wines/wine styles cannot be offered by Australia?’ And the answer to that question is ‘None.’ Traditional method sparkling wines from Tasmania with up to nine years on yeast lees prior to disgorgement stand proud against vintage Champagnes at one end of the spectrum; and the 100% 100-year-old Liqueur Tawny (port) wines from Seppeltsfield in the Barossa (wines are still held in barrel dating back to 1878) and the magnificent, unbelievably complex Rare (a defined term) Muscats and Topaques (a new term adopted to meet EU objections to a prior description of Tokay, because the variety is in fact Muscadelle) at the other extreme, with cool climate Riesling from Tasmania, the Great Southern region (of Western Australia), and the traditional stronghold of Clare and Eden Valleys (South Australia), Pinot Noir from the six regions circling Melbourne in southern Victoria and Tasmania, Cabernet Sauvignon and Cabernet Merlot from Margaret River (Western Australia) and Coonawarra (South Australia), Chardonnay from regions with incredibly diverse terroir, Shiraz ditto, plus a legion of varieties from Spain, Italy and France.

Many wine writers have never made wine and conversely, many winemakers cannot articulate to a broad audience about their wines. What does the buying public need to know about wine, irrespective of writer and winemakers?

A trite answer is whether they like a given wine or not, and if they do like it, why?

What other countries, in your estimation are uniformly making consistently solid wines?

This is a question about the length of a piece of string, with the smaller the geographic and varietal production base, the greater likelihood of consistency of quality. New Zealand would be a good example.

Coonawarra, one of Australia's best-known wine regions, began as a grazing range. Settlers who came from other parts of Australia and from Scotland bought up land in order to raise sheep. Somewhere along the way, an enterprising farmer noticed a strip of land with paprika-red soil. Today, that famously red earth, Coonawarra's terra rossa, is the foundation of the region's fame.
END_OF_DOCUMENT_TOKEN_TO_BE_REPLACED

Australia's Yarra Valley is the oldest wine region in the state of Victoria. It's also one of Victoria's best-known tourist destinations. Just 28 miles from Melbourne, Victoria's capital, Yarra Valley attracts over two million visitors per year, according to the Tourism Victoria Research Unit. This historic wine region, only one hour's drive from Melbourne, is a world away from the skyscrapers and tram-filled streets of downtown.
END_OF_DOCUMENT_TOKEN_TO_BE_REPLACED

Barossa Valley is the best-known and, arguably, most important wine region in Australia. Any discussion of top Australian wineries or innovative winemakers will inevitably include some of the top names from Barossa Valley. The region is blessed with a wide variety of soils and a long history of family winemaking. At some Barossa Valley wineries, you can go back five or six generations to the area's original German-speaking settlers, ancestors of today's growers and winemakers. Barossa Valley's unique heritage is reflected in its top-quality wines, which come not only from large, long-established wineries but also from a new generation of boutique winemakers.
END_OF_DOCUMENT_TOKEN_TO_BE_REPLACED

Originally from Australia, Daryl Groom has held numerous positions in the wine industry including Vice President of Winemaking & Operations for Peak Wines International, and Beam Wine Estates, and both Senior White Winemaker and then Senior Red Winemaker for Penfolds Wines in Australia. His foundation was producing Penfolds famed red wine, Grange, which he oversaw from 1984 until his move to the U.S. in 1990. He has been named ‘Winemaker of the Year by the LA Times, The San Francisco Chronicle, the Huston Chronicle, Quarterly Review of Wines, and others. He currently produces his own label, Groom Wines. He judges six international wine shows annually and has been on the NBC Today Show and a repeat guest on E! Television in the U.S.
END_OF_DOCUMENT_TOKEN_TO_BE_REPLACED