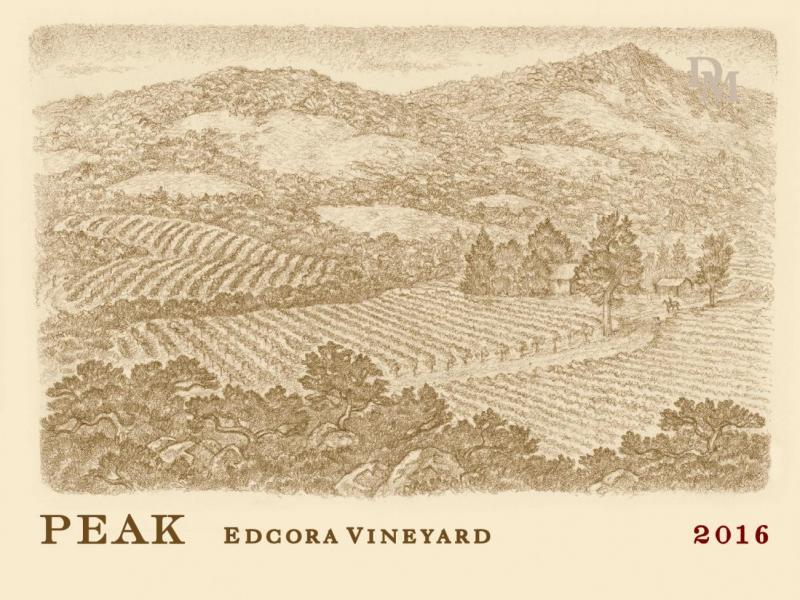 Acumen was born in 2012 with vineyards on Atlas Peak in the Napa Valley. They started two labels, Acumen, and PEAK, the latter focusing on small lot production of mountain grown wines. Which brings us to the 2016 Cabernet from their Edcora Vineyard. Acumen has created what aims for a classic Napa style; robust, brimming with black cherry, boysenberry, blackberry, Bing cherry with back notes of pomegranate and wild flowers and a touch of violet. There is a delightful smoothness with this wine with mild tannins and noticeable oak, which does not pull from the intense fruit. This was made from Cabernet Sauvignon with 6% Cabernet Franc and 5% Petite Verdot blended in and aged in mainly new French oak.

The top Cabernet Sauvignon tasted and reviewed by Loren Sonkin in 2019.
END_OF_DOCUMENT_TOKEN_TO_BE_REPLACED

Top 50 California Cabernet Sauvignons to Try Before You Quit Drinking (a non-dump bucket list if you will!)

In putting together a list of the top California Cabernets, there is sure to be some disagreement. I tried to include those wines that have a track record, the wineries still making great wines, those that seemed to have the commitment for the future and some personal favorites. I am sure I left some out. 1. Shafer Vineyards Cabernet Sauvignon Hillside Select – It’s always hard to name the number one wine. But this has a track record that’s very long. Even in less than stellar vintages, it is an outstanding wine. They just don’t seem to make a dud. My only complaint is the price at over $200 a bottle. But, in comparison to other Napa Cabs or elsewhere in the world, this is a fair price.
END_OF_DOCUMENT_TOKEN_TO_BE_REPLACED

California's Napa Valley is undoubtedly the most famous wine region in the United States. As you might expect from a California wine region, Napa exudes star quality. Even 25 years ago, the valley bustled with activity and attracted tourists from all over the country. Today Napa Valley is one of the world's flagship wine regions, with approximately 400 wineries and a reputation for top-quality wines. For many wine lovers, Napa Valley is synonymous with cabernet sauvignon. This late-ripening grape flourishes in Napa Valley's warm days and cool nights. While cabernet sauvignon grapes thrive all over the Napa Valley AVA, they do particularly well in the Rutherford and Oakville sub-regions, which are AVAs in themselves. (Napa Valley has 15 subregions, all of which are also AVAs.)
END_OF_DOCUMENT_TOKEN_TO_BE_REPLACED

Sometimes there are people you encounter in life who, the minute you meet them, you think "This guy has a story to tell and I bet he tells it well." David Vergari is that guy. A veteran winemaker, David launched his own eponymous label, Vergari Wines , in 2003. He recently sat down with IntoWine to share with us his evolution as a winemaker and, most interestingly, the stories "behind the wine". You founded the Vergari Wine Company in 2003. What inspired you to strike out on your own? It happened in two ways: gradually, then quite suddenly.
END_OF_DOCUMENT_TOKEN_TO_BE_REPLACED

Of all Bordeaux first growths, perhaps none is as well known, both inside and outside of the wine world, as Chateau Lafite Rothschild. Its name transcends wine, standing as a symbol of luxury. How did it get this lofty reputation? And, more importantly is, it deserved? The answer to the second question is a definite yes. This article will explore the first question in more detail. The History: Records of this estate stretch as far back as 1234 when Gombaud de Lafite, abbot of the Vertheuil Monastery north of Pauillac, owned the property. The name Lafite comes from "la hite", a Gascon expression meaning "small hill." Records from the 14th century indicate that it was not a vineyard, but what the French call a seigneurie. This is an estate run by a lord and others who are effectively sharecroppers. The manor house was constructed in the 1500s and still standing today. Read part one of the First Growths Series. The Ségur family bought the property in the 1600s. Jacques de Ségur planted the vineyard in 1680 although grapes were no doubt grown before that. By the early 1700s, thanks to Nicolas-Alexandre, Marquis de Ségur, Chateau Lafite wines were very popular with those wealthy enough to afford them, first in English Society (where it was a favorite of Prime Minster Robert Walpole) and later in French society.
END_OF_DOCUMENT_TOKEN_TO_BE_REPLACED