Pesto sauce, generally comprising basil, garlic, olive oil, pine nuts, grated hard cheese and salt, originated in Genoa of Northern Italy, but no mention appears in the United States until 1944, when the New York Times reported an imported, canned pesto paste. Soon after, a recipe appeared in Sunset Magazine in 1946, contributed by Angelo Pellegrini. But the sauce did not gain popularity in the United States until the 1980s and 1990s, partly because fresh basil was not sold here until the 1970s. For a time, a mini pesto fever took hold with chefs and home cooks prolifically turning out recipe after recipe, varying the proportions of olive oil, cheese and basil and even changing the herb and nut combinations to such concoctions as parsley and/or mint with pistachios.

Today, pesto sauce is considered a classic, but what do most connoisseurs select as its accompanying wine and why? The below team of culinary professionals, including one sommelier, one master sommelier, one wine educator and one master chef, treats us to their visions of the pesto pasta meal.

My wife and I spent some time in Sicily a few summers back. It was hot and sunny and relaxing. We spent several weeks on the east coast, at the base of Mount Etna, driving through small villages with names that now elude me. One name, one wine producer that does not elude me is Benanti. A quality-conscious family-owned winery situated just north of Catania is producing some of the finest wines from indigenous and international varieties. One of their wines, the

Bianco di Caselle, made from 100% Carricante, was one of our favorite picks from the trip. Perfect for a warm spring day, a summer picnic, as an aperitif, and certainly great with Pesto. The crisp bright citrus fruit cuts right through the olive oil, garlic, parmigiano cheese, and the soft starches in the pasta making each subsequent bite as new as the first. At about $18, this wine is one of many from Benanti that delivers finesse, focus, and intensity in a way that only Sicily can deliver. Bravo!  - Ben Spencer, a diploma student with the Wine & Spirit Education Trust and an IntoWine Featured Writer

Focus: Structure. With the green flavors from basil and pungency from garlic, selecting a wine that is not too ripe is important.

Wine that possesses a natural green character will do very well here: sauvignon blanc from the Loire, albarino from Galicia, arneis from Piemonte.

A green characteristic also means that the wine will maintain lively acidity, providing a sense of freshness. Clean and crisp is the key here, as the basil and garlic will make overripe oak-influenced wines very awkward.

Pesto is an interesting dish to pair wine with because it’s rich but not creamy. Many people might try to pair it with chardonnay but it just doesn’t align itself with the herbaceousness of the dish. Sauvignon blancs that have more of the grassy and grapefruit flavors can, however, be pesto’s perfect partner. My absolute favorite wine with pesto is 2007 Grgich Hills Estate Napa Valley Fumé Blanc. It’s full bodied, which balances the weight of the rich olive oil and pine nut purée in the pesto, and exudes grassy, grapefruit flavors, pairing wonderfully with the basil flavors in the sauce. – Roxanne Langer, Founder and Wine Educator, WineFUNdamentals, Penryn, CA.

Pesto pasta sauce – depends on if tomatoes or cheese is involved; with tomatoes I would do a sagrantino or rosso piceno – Chris Blanchard, Master Sommelier, Chappellet Winery, St. Helena, CA.

Editor’s Note: Sagrantino, hailing from the Umbria region of central Italy, is not widely known outside of Italy, due to its tiny production. Only about 250 acres are farmed within the village of Montefalco and surrounding areas. The wine’s dark red fruit character and strong tannins will cut the richness of the pesto sauce, while harmonizing with the tomatoes added in Chris Blanchard’s treatment.

Rosso piceno is a red blend originating from Marche, on the coast of the Adriatic in Italy. The mélange tends to consist of about 60% sangiovese and various quantities of Marche’s montepulciano, and local grapes passerina and white trebbiano. The wine’s profile has been compared to chianti, known for its affinity to tomato-based pasta sauces and cheese.

Pasta is easy but Pesto sauce, a blend of basil, garlic, pine nuts olive oil and cheeses is more difficult.  A really fresh pesto has a wonderful bite to it, but I would worry that the herbal notes would clash with a red wine.  A white wine has issues if it is too wimpy next to the bold garlic and basil flavors.  My best recommendation is a hearty white wine.  I am recommending a Vermentino.  I have discussed both the Vermentinos of Liguria and Sardinia on Intowine.com.  For a specific wine, I would recommend any of the Vermentinos from Argiolas.  The basic Vermentino is ubiquitous and sells for around $10 to $15 a bottle.  Take it out of the fridge about an hour before serving, pop the cork and let it rise in temperature to just below room temp.  I would look for the most recent vintage I can find; 2007 or maybe a 2006. - Loren Sonkin, IntoWine.com Featured Contributor and the Founder/Winemaker at Sonkin Cellars.

Every Spring Julie [Chef Salazar’s wife, Chef Julie Tan] and I, go out to our local nursery to buy and plant the sweet Italian basil plant that will give us such joy in flavors for many months to come. One of the sauces that we make is, of course, pesto for pesto pasta.

I think the wine that matches the best for this depends on how you make your sauce.
If you use a lot of basil leaves and olive oil and just a little of the pine nuts, garlic and parmigiano-reggiano cheese, then the sauce will take on more of a green herbal element and that would match nicely with a sauvignon blanc from New Zealand or a crisp Hungarian hárslevelű wine. The green herbal notes in the wine will match that of the pesto sauce.

On the other hand, if one tends to go heavy on the pine nuts, garlic and cheese, then an unoaked California chardonnay or an Argentine tottontes would add to the rich texture of the sauce while using its acids to cut through some of the existing richness.

And if it has to be red wine, then I would recommend looking for an older vintage Bordeaux from a chateau in the St. Emilion region, that contains a heavy amount of cabernet franc as its main varietal. The cabernet franc tends to have a slight green, vegetable characteristic as it matures. The butter and cheese in the sauce will mellow out some of the already aging tannins in the wine and add depth to the entire combination. – Master Chef Roy Salazar, Instructor and Project Manager, Le Cordon Bleu California Culinary Academy, San Francisco, CA. Certified Master Chef, Taster and Sommelier [Europe] and leader in several independent projects

Making pesto at home is easy and far superior to any store bought variety. And since the pesto is homemade, you need a wine with similar quality, a handcrafted stunner. There’s an old philosophy that states to pair a regional wine with its regional food. Pesto, that beautiful blend of basil, garlic, pine nuts and Parmesan cheese needs a wine with an Italian heritage. The 2005 Pietra Santa Sangiovese ($18) is made near Hollister, but by an Italian who knows the variety. Winemaker Alessio Carli is originally from the Tuscany region and he’s knows his Italian varietals. The nose on this sangiovese is deep black and blue berry with overtones of oak. The acid will help mitigate the basil and garlic of a well made, assertive pesto. The fruit component of the sangiovese lures out the olive oil and cheese and you’ll be wowed by the combination.  - Michael Cervin, Wine Judge, Restaurant Critic, and IntoWine Featured Writer

BEST OFF-THE-BEATEN-PATH NAPA TASTING ROOMS After having visited numerous renowned wineries, many of us are looking for the hidden gems within the Napa Valley. Good wines are certainly valued, but the entire experience a winery provides leaves guests wanting to return and telling their friends and family to visit. Each winery listed in this article has some special draw, whether it’s art, architecture, ambiance, gardens or compelling history.
END_OF_DOCUMENT_TOKEN_TO_BE_REPLACED

The California Central Coast, identified as Santa Barbara, San Luis Obispo (and its main wine region Paso Robles) and Monterey is California the way it used to be, or at the very least, California the way people want it to be: small towns, charming architecture, varied history of Missions and Indians, and coastlines for miles; a slow pace, clean air and a belief that no one real really works very hard. But the area has been home to grape growing since the Spanish brought vine cuttings from Spain via Mexico in the late 1700s and winemakers and vineyard managers have been working hard ever since. To celebrate this beautiful region IntoWine.com offers these 50 wines that represent the diversity of the California Central Coast.
END_OF_DOCUMENT_TOKEN_TO_BE_REPLACED

In my last article, I listed the Top 75 French Wines to Try Before You Quit Drinking . In this article I look at the “non-dump bucket” list for wines from California. This proved to be a different task. First, very few wineries have a long track record of making great wine. Secondly, while California is diverse, it does not have the diversity of climates and terroir and grape varietals of France. Still, it does produce some of the best wines in the world and any wine lover should make it a point to try as many of them as they can. Here is my list: 1. Shafer Hillside Select Cabernet Sauvignon – It’s hard to pick the first wine. This one is a great wine in every vintage and has been for a long time. Expensive but still possible to afford and made in large enough quantities to be found in grocery stores. Every lover of Cabernet should try this once.
END_OF_DOCUMENT_TOKEN_TO_BE_REPLACED

It’s that time again. As the end of the year draws near, it is natural to look back over the past year. That includes considering the wines enjoyed this past year. Drinking wine involves so many qualities. What we drank, who we drank wine with and when we drank them. The “best” wines aren’t always...
END_OF_DOCUMENT_TOKEN_TO_BE_REPLACED 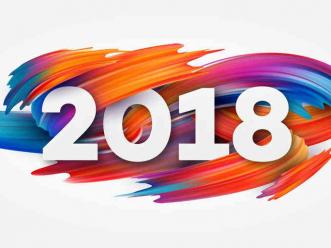 How many knights do you know who have raced vintage cars and taught at the California Culinary Academy? Or visual display artists equally versed in the secret Malaysian Nonya and French cuisines? These diverse sets of skills and experiences can be found in Roy Salazar and Julie Tan, each of whom has worked professionally with Martin Yan of Yan Can Cook .
END_OF_DOCUMENT_TOKEN_TO_BE_REPLACED