For the 2015 Best of Sonoma Lists we surveyed hundreds of local vintners asking for their inside perspective of the best wines, tasting rooms, and restaurants in Sonoma.

Benziger - Benziger’s commercial popularity and low price point has put their famed cabernets on the shelves of stores across the continent—however it isn’t hard to spend significantly more for their higher-end bottles (which aren’t as readily available in stores).  Apart from their commercial success, this former pot farm also became renowned for being pioneers in biodynamics and water conservation (using just 5 gallons of water per barrel instead of 24).

Jordan - While there are ample reasons to visit Jordan Winery, like the iconic building, exceptional food pairings, and elegant tasting experience—the real reason is their cabernets. Jordan has experienced continued success in the industry for their cabs, with non-stop press action. They were named one of the ’12 Cabs of Christmas’ by The Hollywood Reporter, Winery of the Year by Wine Enthusiast and #1 Cabernet Sauvignon by Wine & Spirits’ Restaurant Poll. They’ve also been featured in Forbes Travel Guide, Huffington Post, Sonoma Magazine, Decanter, Touring & Tasting Magazine, and many more.

Kamen - Since the beginning, Robert Kamen knew he wanted to focus on Cabernet Sauvignon—and he’s certainly done that well. Antonio Galloni, of The Wine Advocate, described their cab perfectly when he wrote, “Without question the most elegant wine I have tasted from this site on the hills outside Napa. Veins of chiseled, precise fruit come alive in the glass. Hints of dark red and black fruits lead to all sorts of flowers …there is a lot to look forward to here. Anticipated maturity: 2015–2025.”

Laurel Glen - Laurel Glen is another Sonoma winery that has dedicated their vintner lives to cabernets. Their flagship cabernet has been their focus for quite some time now—and for good reason. If you have the chance to visit, their tasting elegantly highlights their aging process—for a knowledge-filled experience.

Silver Oak (Alexander Valley) - Silver Oak has a beautifully myopic focus: Cabernet Sauvignon. They’re so committed to cabs that they developed their own hash tag campaign: #lifeisacabernet. For over 40 years they’ve been hand-sculpting a variety of food-friendly cabernets—each with a distinctive personality. And after 40 years—they’ve really nailed it.

Sometimes there are people you encounter in life who, the minute you meet them, you think "This guy has a story to tell and I bet he tells it well." David Vergari is that guy. A veteran winemaker, David launched his own eponymous label, Vergari Wines , in 2003. He recently sat down with IntoWine to share with us his evolution as a winemaker and, most interestingly, the stories "behind the wine". You founded the Vergari Wine Company in 2003. What inspired you to strike out on your own? It happened in two ways: gradually, then quite suddenly.
END_OF_DOCUMENT_TOKEN_TO_BE_REPLACED

Bottle Shock On May 24, 1976, Steven Spurrier, a British wine merchant hoping to stoke sales at his French-wine-only shop, held a wine competition in Paris. In this competition French judges were invited to blind-taste top chardonnays and cabernet sauvignons from France and California. In an event that would later be dubbed the Judgment of Paris , the California wines –included merely to serve as the “sacrificial lambs” to the supposedly superior French wines- won the competition in a shocking upset. This singular event revolutionized the wine industry and put California on the map as a major world producer of fine wine. This story comes to life on the silver screen for the first time with the film Bottle Shock , starring Bill Pullman, Alan Richman, and Dennis Farina among other notables. I recently chatted with Bottle Shock Co-Writer and Producer Jody Savin about the film. Why this film now? To answer this question in a socio-political sense, I would venture to say that we live in challenging times.
END_OF_DOCUMENT_TOKEN_TO_BE_REPLACED

This is there luxury cuvee.  It was pop and pour which did this a disservice as it was quite tight.  Purple in color.  The nose is deep with cassis, coffee and slight peppery notes.  On the palate, this is quite tannic and tight.  It is delicious.  Plenty of cassis fruit.  Depth.  It slowly unwinds in the glass. The future is very bright for this. Around $125 per bottle is not inexpensive, but it is an excellent wine. 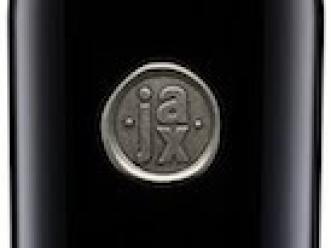 An outstanding Sonoma Cabernet.  At $50, this is certainly priced in the ball park.  it is very tight right now, so it needs some cellaring or air before serving.  Purple in color.  The nose has sweet cassis fruit, some dark cherries and tobacco with spice.  On the palate, there are firm tannins.  Pretty black cherry fruit.  Nice finish.